Beyond the Boundary (Main Series)

Beyond the Boundary -I’ll Be Here- Past (Recap Film)

Beyond the Boundary -I’ll Be Here- Future (Sequel Film)

Akihito Kanbara is by no means the normal student he looks like; thanks to his hyper-regenerative abilities, he is nigh on immortal. He spends his normal high school life as one of the literature club’s three members, with most of the school unaware that half of him is Yōmu. In fact, the other two club members are hunters of such dark spirits! However, Akihito’s somewhat normal life is overturned when he spots Mirai Kuriyama attempt suicide by jumping from the school’s rooftop. His glasses fetish leads him to stop her, but as she steps away from the ledge, she suddenly stabs him. Mirai’s cursed blood manipulation has made her an outcast among the Yōmu hunters, but even she is not without work – and it just so happens that her assignment is to kill a certain high school student named Akihito Kanbara! 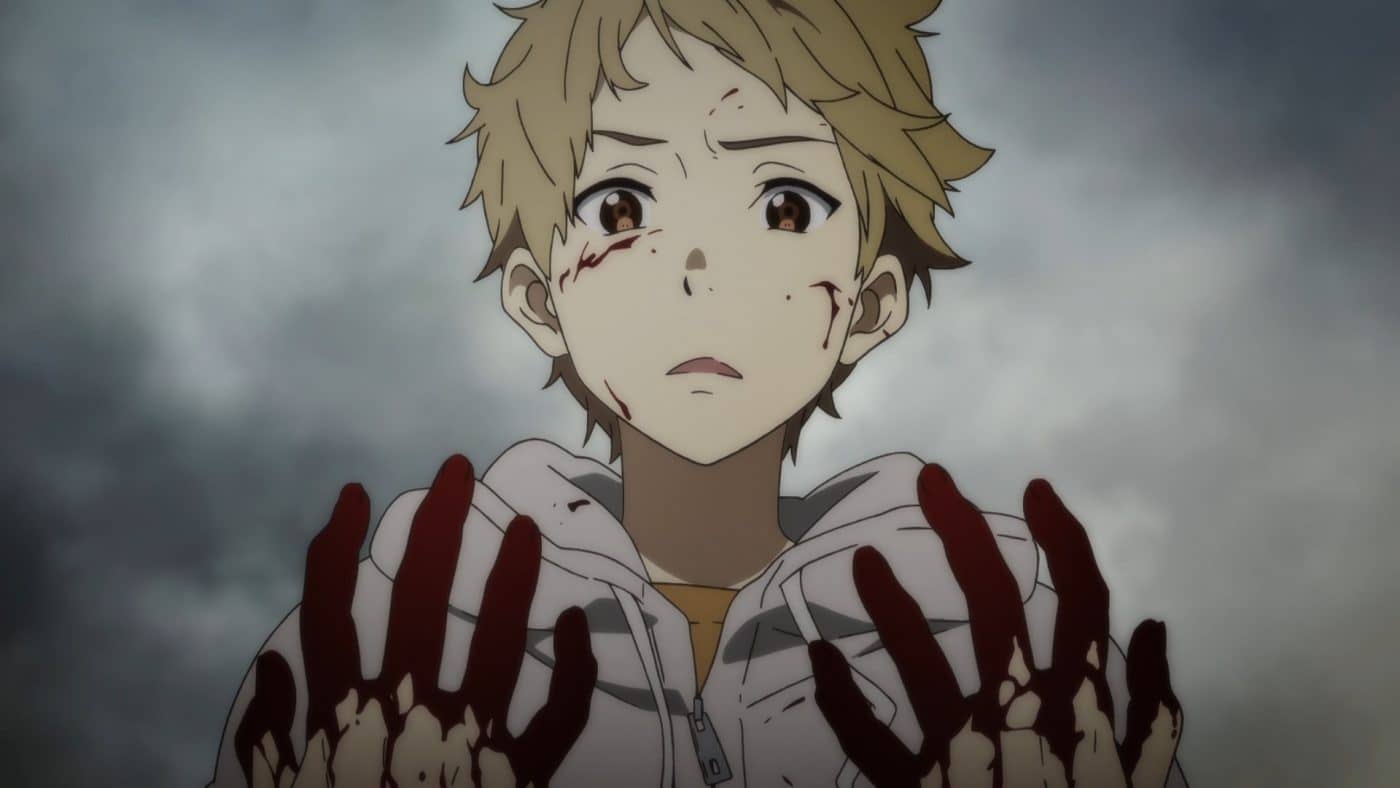 Pretty much every action sequence contains clouds of blood being ejected from their participants and there are a number of occasions where one character in particular is stabbed.

One character has the ability to form their blood into weapons.

One character is immortal, which is often exploited to cause them grievous harm since they’ll just heal it back up.

Being a dark fantasy, it should come as no surprise that some of the Yōmu designs may be frightening to some viewers and the show has some more intense or frightening imagery depicted throughout.

A number of accusations that some of the characters are perverts, one character has a glasses fetish and another has a sister complex. These references are played for comedy.

No nipple or genital detail is depicted, but there are some bare bodies present.

The whole series begins with a character attempting to commit suicide – a moment which is referred back to on a number of occasions. 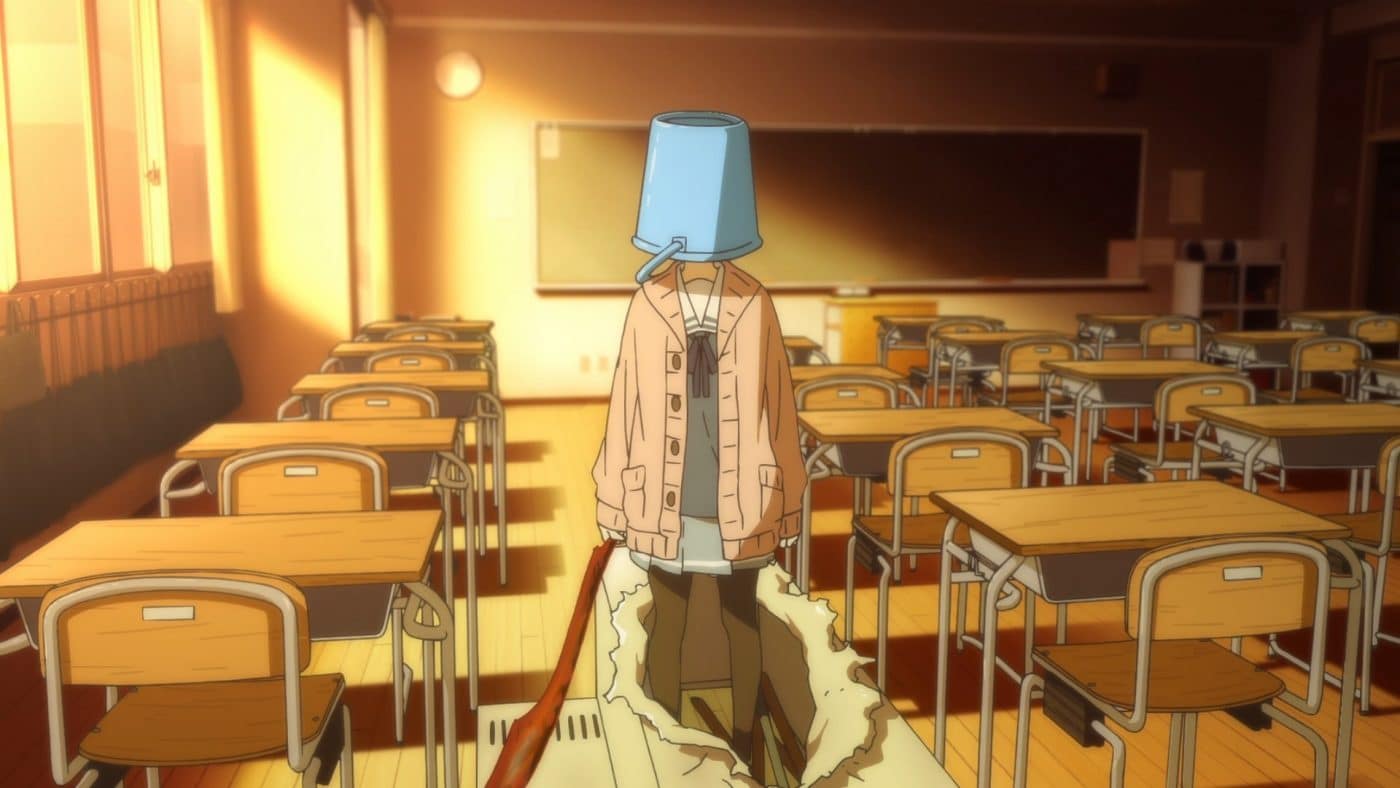 High production values (i.e. great artwork and animation) and directed by Taichi Ishidate (a teacher at acclaimed studio Kyoto Animation’s school of animation) alone make this worth a watch.

Those who generally find dark fantasy interesting but too serious for them, may find this show’s use of comedy and lighter, more fun elements to balance the drama and action a welcome inclusion. In other words, this may be a more accessible dark fantasy for those on the lookout for a gateway into the genre.

For those in it for the brutal action scenes, you may be disappointed by its tamer approach to gore (i.e. it doesn’t have any – just lots of blood!).

Comedy is of course subjective, and some may find this lighter aspect of the series to be distracting. 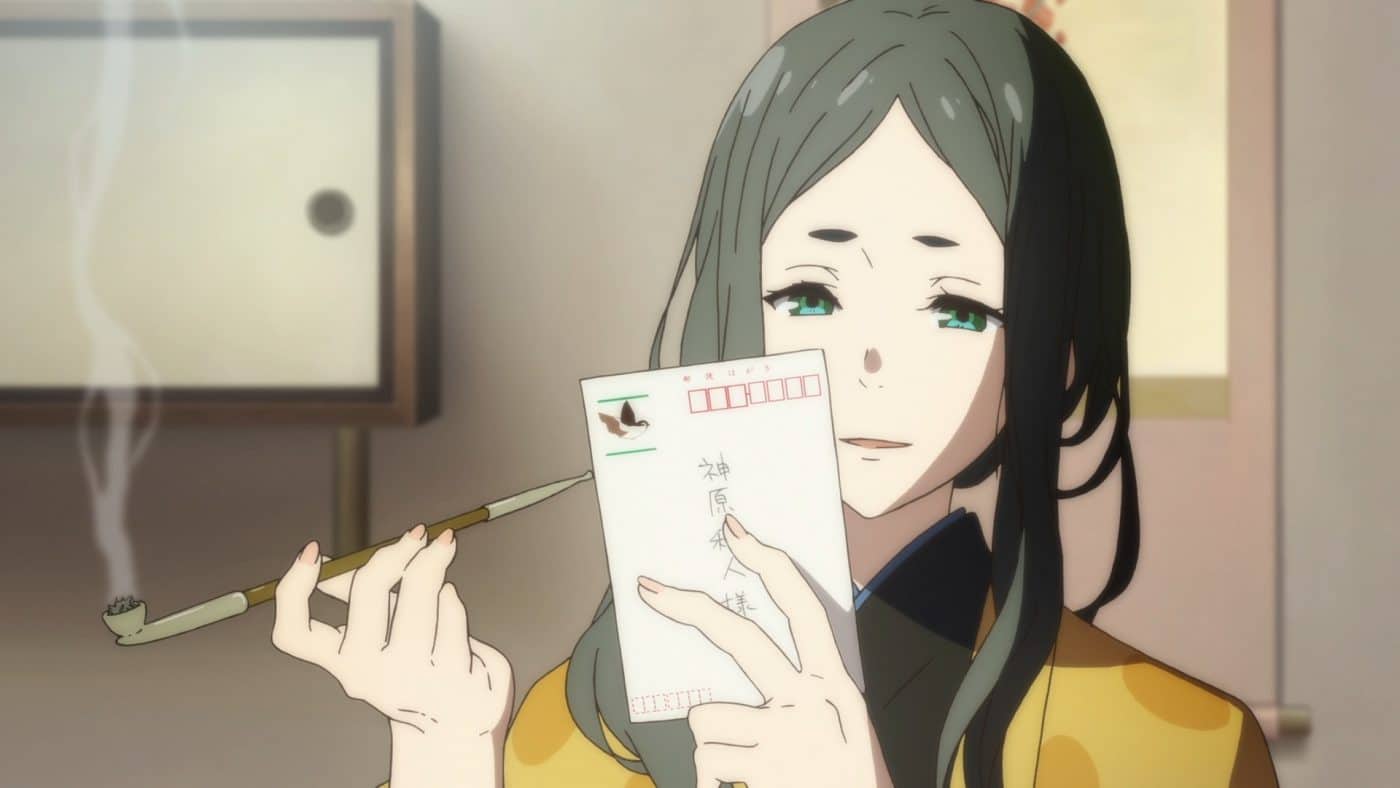 Kyōkai no Kanata by Minori Chihara

*ONA (or Original Net Animations) are episodes that are not broadcast on TV first, but instead debut on the internet via video-sharing sites (e.g. YouTube, NicoNico Douga, etc.) or Over-The-Top media services (e.g. Netflix, hulu). They tend to be short, low-budget productions with simplistic art-styles and a focus on comedy. Most are designed as fun accompaniments to a series, rather than continuations, but their actual quality and length can vary – some are even like full-length series!