Yū Otosaka is one of few adolescents who develop superpowers and better yet he’s got one that lets him take over a target’s body for five seconds. Of course, he uses it to cheat on every test, get into a prestigious high school and even get the most popular girl in said school as his girlfriend. However, his dream-life is cut short when he is forced to transfer by the student council president of another high school. As with everyone at this other school, she has superpowers, but unlike Yū, she’s using them to save others from the cruel fate that befell her brother. When Yū is conscripted to join her efforts, he soon learns what destiny has in store for all ability wielders. 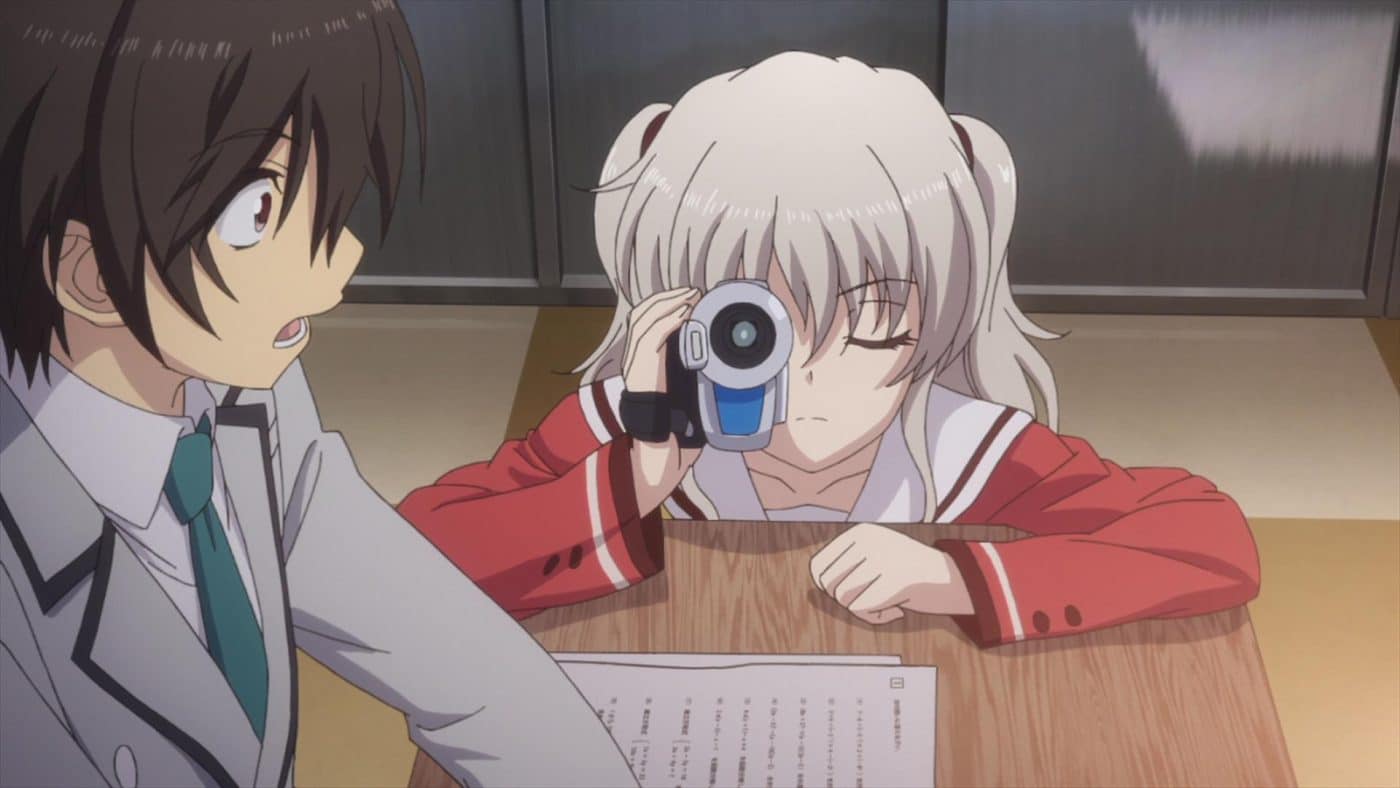 This is not a comprehensive list of every individual use of strong content, merely a guide to show you how extreme it gets and how strong it tends to be. Although, since this entry doesn’t a whole lot of extreme content in the grand scheme of things, you may notice that it’s a bit more comprehensive than other entries. Also, the tags I’ve given each segment (e.g. Very Strong Language) is based on my own system and does not necessarily reflect the tags the BBFC (or other national equivalent) use. I have found that the BBFC tend to be quite vague and inconsistent in their tags. As an example of vagueness, ‘Moderate Nudity’ has meant that there are only a few scenes depicted, but they have breast detail. However, it has also been used to refer to a series that has lots of nudity that is very tame. According to my system, the ‘Mild’, ‘Moderate’, ‘Strong’ and ‘Very Strong’ adjectives are based on strength, not on volume. Now, obviously, the strength of any type of content is subjective; what I consider strong might just be a relaxing weekend for you. Hence, I have added an explanation for my decision to allow you to make your own informed decision.

One character regularly refers to another’s actions as a ‘turn off’.

This other character is obsessed with an idol and makes a number of strange suggestions concerning her. His actions are always met with a solid takedown.

There isn’t much throughout the show. A few scenes show characters being stabbed (wherein some blood can be seen) or threatening to stab. However, it’s mostly mild.

Most of the violent scenes show a character who has an ability to move quickly to another location, but they can’t struggle to stop themselves. These uses end in them crashing into windows and walls and some blood can be seen on their head afterwards. Although, it should be noted that these scenes are played off for comical effect.

Okay, so it’s more a reference than anything, but one scene depicts a character considering taking illegal drugs and picking up some. The character loses them before they can take them, though.

Two brief scenes depict a female character in their underwear and some scenes show characters bathing, but again no detail is shown.

For the most part, this series features the odd use of mild language like damn, crap, etc., but one scene does feature a use of stronger language.

A character states that he considered suicide for a time.

One scene features a psychotic character carrying a box cutter and advancing on another character.

Although there is torture, none of it is shown. It is heavily implied, but the character can be seen afterwards with their nails removed and a number of bloody tools nearby. 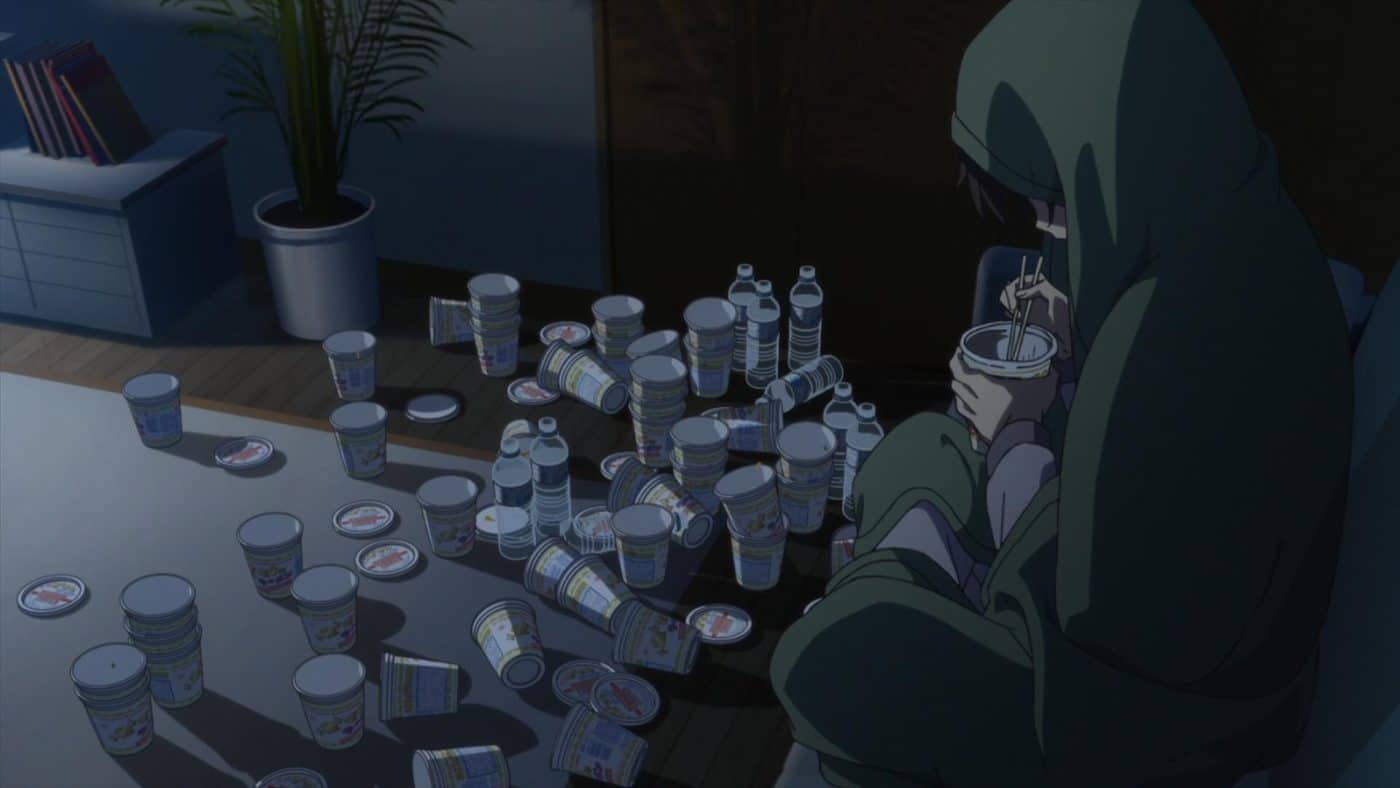 For anyone who doesn’t know Jun Maeda (and you don’t need to to watch this series): he’s generally a story writer for games. He is most well-known for his tearjerkers and he writes anime no differently. You can expect fun, energetic comedy to ease you into a false sense of security before he summons the feels upon you as the story suddenly gets very real. Of course, let’s not forget the romances that may well tug at your heart-strings, too!

As with all of P.A. Works’ original anime, viewers can expect bright, beautiful artwork and cinematography.

Any fans of the Angel Beats! will likely find this reunion project enjoyable, too. The large cast was one of the biggest criticisms of Angel Beats!, but Charlotte boasts a smaller cast.

This is writer Jun Maeda’s second original anime. He stated that he felt he understood the anime community better now that he had already had a go. Basically, that means that Charlotte is an anime he felt more confident with – which alone makes it worth a watch.

I have read that the series is fairly flawed – not that a flawless story is ever the main element of Jun Maeda’s work! I should think that any piece of literature that dabbles in time-travel will inevitably suffer flaws, inconsistencies and shaky logic.

The comedy has been criticised for having some ‘corny’ jokes, which may put some viewers off. Equally, though, I feel I should mention that it’s been praised for having sharp comedic timing.

Having seen Angel Beats! (the series for which this was a 5th anniversary reunion project), I was excited to see this from as soon as they’d announced it. I’ve come to really enjoy Jun Maeda’s work and writing style. 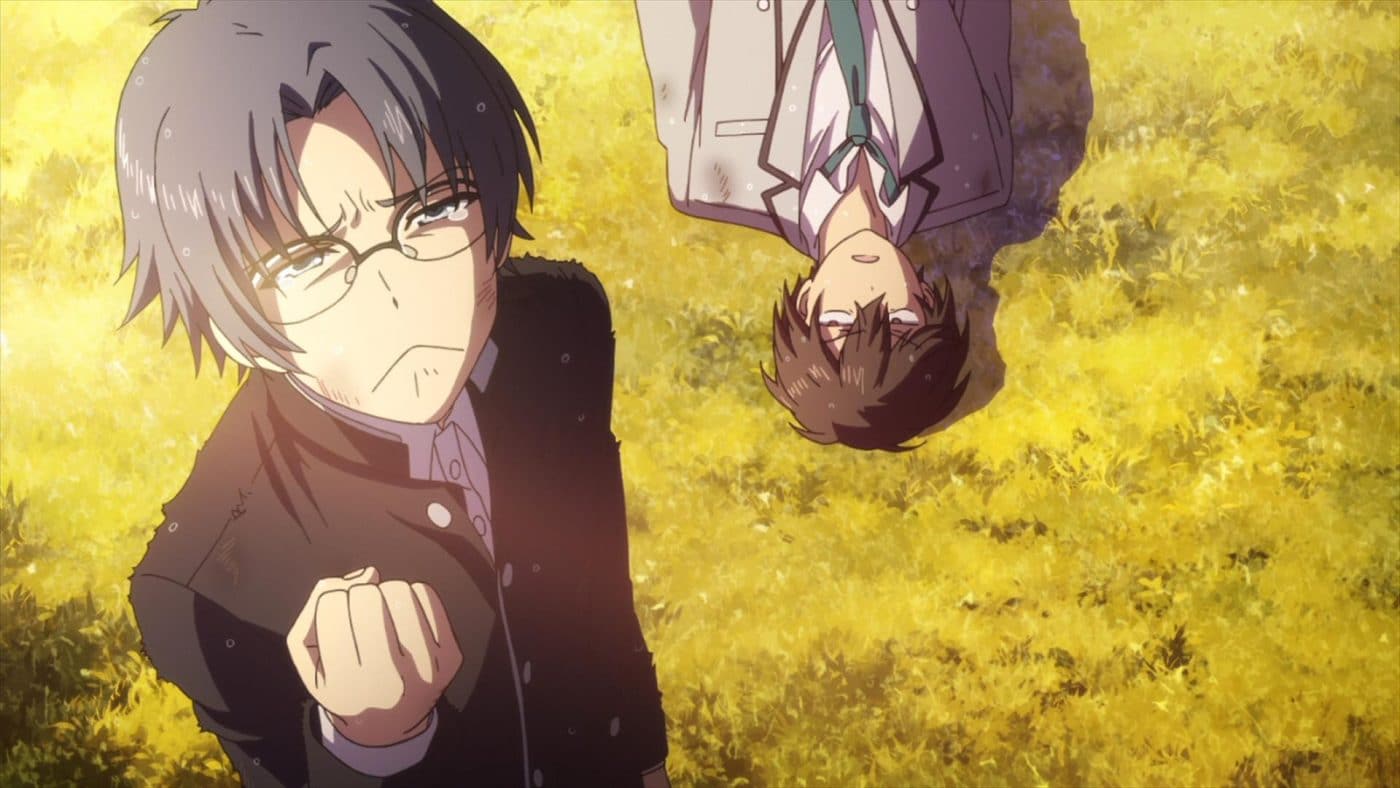 Things To Look/Listen Out For

Since this is a project to celebrate the 5th anniversary of Jun Maeda’s first original anime ‘Angel Beats!’, any who watched his previous project will notice a lot of similarities. Sure, the director has changed from Seiji Kishi to Yoshiyuki Asai, but the studio (P.A. Works), the art director (Kazuki Higashiji), the original character designer (Na-Ga), the composer ANANT-GARDE EYES, the opening artist (Lia), the ending artist (Aoi Tada) and more remain the same. Even singer Marina returns to sing for Yusarin! But don’t just look/listen out for staff similarities, because there are also similarities elsewhere.

As if that wasn’t enough, when the main character stays at the café in episode 7, the iconic scene of Angel descending with her mahoosive wings spread can be seen on the screen.

A 24-minute special featuring interviews and panels with the staff and actors is only present on the Blu-Ray.

The OVA episode would technically be episode 4.5, but contains no content that is a must-see to understand the plot. As such, it can be watched after the series (or not at all, for that matter!).