What if penguins were perverted humanoid aliens with front tails and the only way to defeat them was with an eros-powered giant robot?

In this alternate version of Japan, humans are found to naturally emit Hi-ERO particles when excited. If you have an abundance of said particles, then you are a Factor. If you’re a Factor, then you’re wanted by one of two rival groups: Beauty Salon Prince want you to protect the city in their specially-designed giant robot Daimidaler, and the Penguin Empire want you so they can milk you for all the particles you’ve got. Unfortunately for Daimidaler co-pilot Kyōko, Kōichi Madanbashi is one such Factor. Why is it unfortunate? Well, he’s narcissistic, arrogant and handsy. Even so, Japan puts their lives in his groping hands and Kyōko’s reluctant rack as he fends off some rather pathetic Penguin robots. But when a Factor named Rikantz Seaberry allies with the Penguin Empire to be closer to her beloved black-and-white friends, the humanoid Penguins suddenly have a very real chance of destroying Prince. Will Kyōko ever avenge the trauma they put her father through at the peace talks or will they lay claim to all the Hi-ERO particles they could want?

There aren’t many sexual topics this show doesn’t reference. Whether it’s the hand job-alluding God-Scrub, Kōichi’s sexual assault, Sewashiko’s incessant sex puns, the Administrator’s aggressively-delivered double entendres, the list goes on… Of course, it’s all done to sate the twisted sense of humour it requires from its viewers.

As an ecchi** anime, there is plenty of gratuitous nudity. Every episode has a generous helping of nipple detail and general lewdness.

There is never any genital detail, though. Certainly, if you’ve had any previews, you’ll have noticed some rather phallic protrusions coming out of the humanoid penguins that play ‘villain’ to the show’s ‘heroes’. However, as is underlined in the first episode, these are ‘front-tails’ – definitely not penises!

Lots of giant robot battles bring an unsurprising amount of damage to the city and each other. The human pilots get hurt in the process every now and again, but it’s mostly machine parts getting torn off. I put the ‘bloody’ in brackets because it does exist, but there isn’t much. Indeed, some of it is even used for comedy.

The ecchi** tag alone will no doubt bring its fair share of viewers. If you’re hunting for gratuitous nudity, somewhat detailed nipples and more fondling than you can handle (pun intended!) this show might be for you.

Viewers who like mecha* anime may enjoy this series for its occasional satire and references (some are more subtle than others), and for fans of more extreme comedy, this may also be for you. Probably helps if you fall under both categories.

Requires a passing knowledge of mecha* anime to get some of the jokes. A twisted sense of humour wouldn’t go amiss here, either. Especially if you like dirty jokes that fall a little on the darker side.

Ecchi** factor will drive as many away as it will bring. Let’s face it, some people just don’t appreciate gratuitous nudity the way others do!

Kōichi is going to be a massive turn-off to many, although his horrible personality is part of the show’s aforementioned twisted sense of humour. Don’t worry, they know he’s a terrible human being! 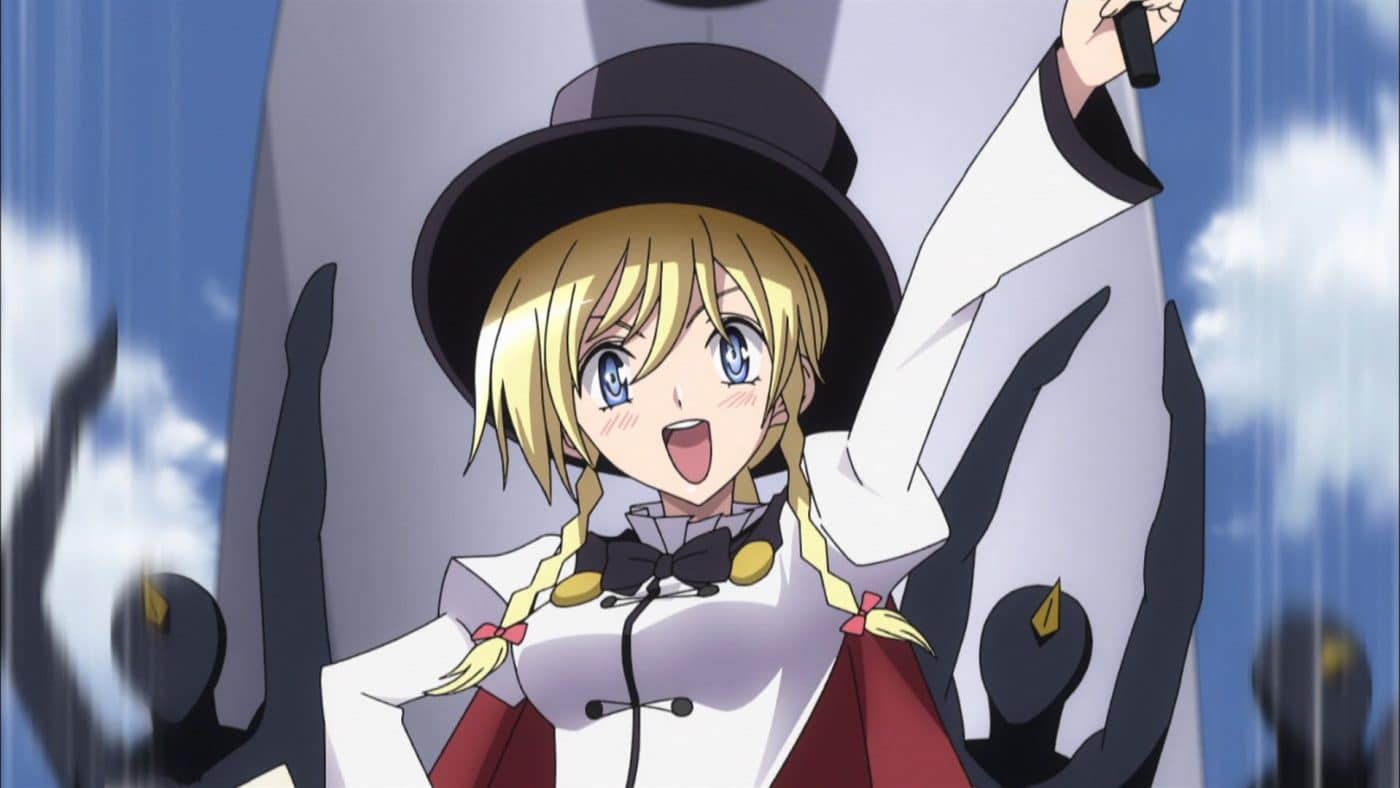 *Mecha anime prominently feature giant robots. and these giant robots often have unique ways of piloting them which play into the show’s story. For example, it may require two or more to operate it together, which in turn requires the pilots to build a bond of trust. In Daimidaler’s case, it requires a suitable output of Hi-ERO particles gained through ‘exciting’ acts.

**Ecchi is anime’s version of softcore pornography. Though sex scenes and even pixilated genitalia can be present, it’s rare (particularly in the genitalia department). It’s much more common for Ecchi anime to contain less explicit detail. In this case, only nipple detail is present – oh, and lots of fondling!