Supernatural Survival Horror in a Prison

Ganta Igarashi is a seemingly normal student preparing, like his classmates, to go to ‘Deadman Wonderland’ for the class trip. He gets there, but not in the way he expected. When Ganta is framed for the brutal murder of his entire class, he is immediately afforded a place in the famous attraction, where he discovers he – and the other prisoners – will have to regularly compete in death games if they want to live. However, Ganta has a balance-tipping secret that lets him use his blood as a weapon and he might be able to use it to find a way out. 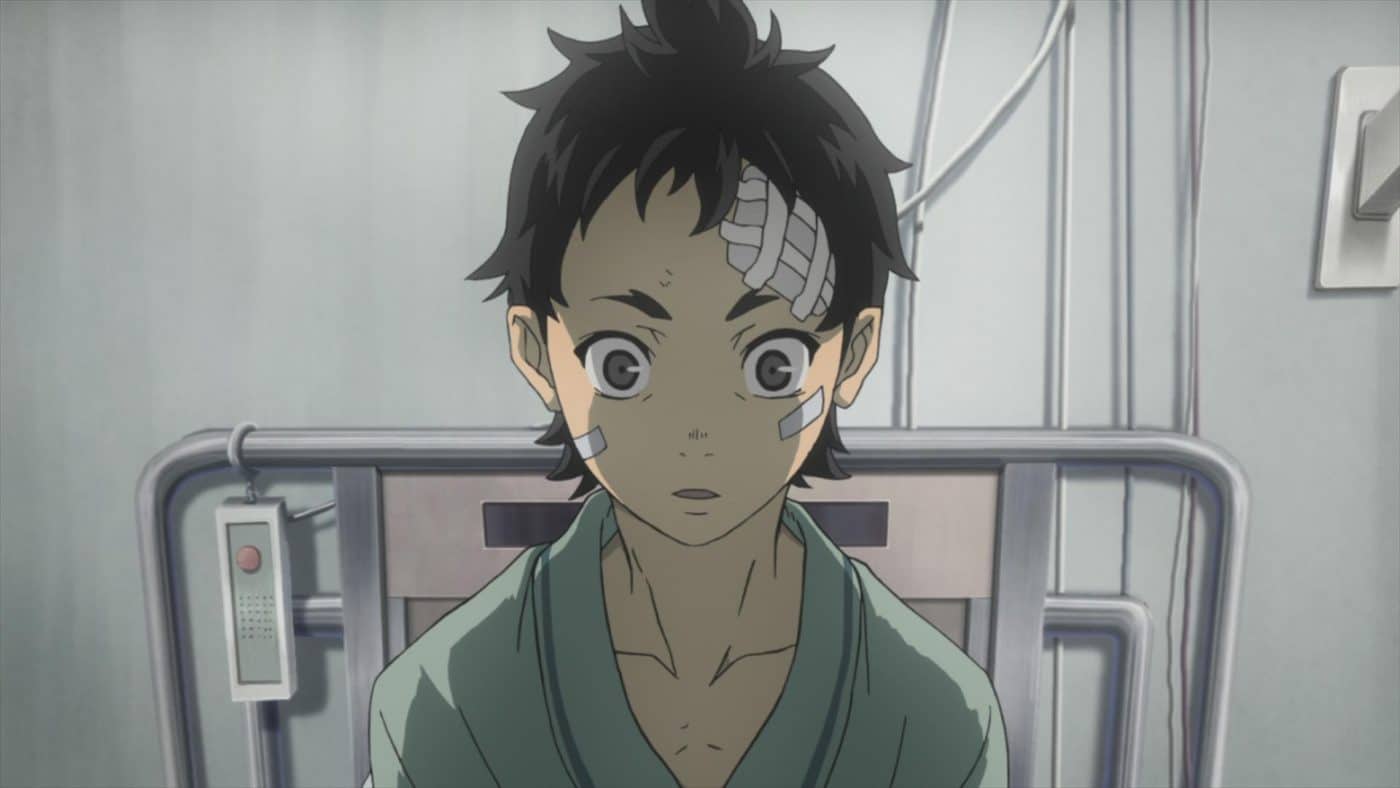 This is not a comprehensive list of every individual use of strong content, merely a guide to show you how extreme it gets and how strong it tends to be. Also, the tags I’ve given each segment (e.g. Very Strong Language) is based on my own system and does not necessarily reflect the tags the BBFC (or other national equivalent) use. I have found that the BBFC tend to be quite vague and inconsistent in their tags: ‘Moderate Nudity’ has meant that there are only a few scenes depicted, but they have breast detail. However, it has also been used to refer to a series that has lots of nudity that is very tame. According to my system, the ‘Mild’, ‘Moderate’, ‘Strong’ and ‘Very Strong’ adjectives are based on strength, not on volume. Now, obviously, the strength of any type of content is subjective; what I consider strong might just be a relaxing weekend for you. Hence, I have added an explanation for my decision to allow you to make your own informed decision.

Many uses of ‘Fuck’ and ‘Shit’ and a few uses of ‘Cunt’. This is one of those shows that doesn’t pull punches in the language department.

For such a brutal and merciless show, the nudity is surprisingly tame. Only the Director’s Cut Opening (a special feature) and a handful of scenes actually contain brief breast detail.

The main source of nudity (if you can really count it in any way) is Shiro, as she wears a skin-tight body suit. As a result, the outlines of her buttocks and nipples can be seen quite frequently.

Although no genitals are depicted, at least one flashback depicts rape and molestation. Other scenes may heavily imply similar treatment.

There are a number of surgery scenes, the most extreme of which depicts a character having their eye removed (although this eye is obscured by a light beam even in the uncensored version).

A number of scenes show heavy blood loss and characters’ innards. One of the first scenes in the anime even shows a bloodstained classroom with mutilated bodies strewn around the room. In the same scene, a character’s head is thrown across the classroom and rolls next to the protagonist.

One scene shows a hole being blown through a character’s torso and we can see their innards as the camera does a close up of said damage.

Since this is a horror anime, it shouldn’t surprise you that it features extreme horror. Psychotic characters, maniacal laughter, hefty gore, rape, bloody deaths, sadistic surgeries, pregnant people being cut open – this anime has everything you hate (love?) in a horror.

One scene depicts a character being injected with lots of drugs.

This is one of the most famous horror anime out there. During a commentary featuring the English Dub Voice Actors, some of them even referred to it as ‘nightmare fuel’. It’s messed up and doesn’t pull punches (save for the eye-surgery scene). If that’s your schtick, then this is also your schtick.

I have read that the anime is riddled with plot-holes, so if that bothers you…

For fans of the original manga, I am given to understand that some characters were cut out of the anime adaptation. If you’re looking for a completely loyal adaptation, this may not deliver.

If jumpscares and scary monsters are your favourite tools of horror, this show won’t deliver, either. This show is much more of a psychological and gory horror than that..

With horror, the barrier of entry is basically the same as the reasons to watch. If you don’t like horror or extreme content, this won’t float your boat. 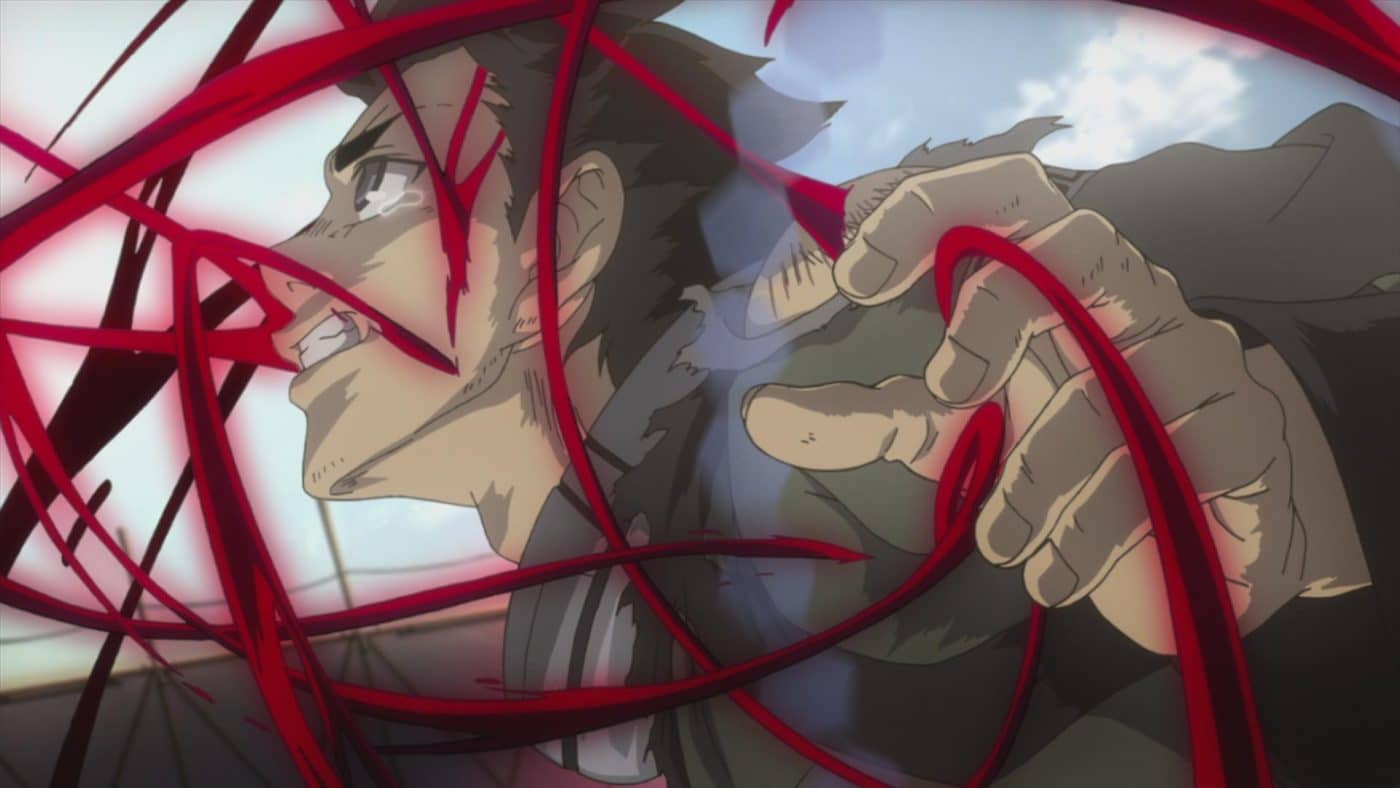 Manga Entertainment’s UK version is the censored version. From what I’ve read, it seems that only the censored version was given to the BBFC to rate, so that was the only version we got. FUNimation’s release is uncensored, but is only Region 1 (NTSC) on DVD and Region A on Blu-Ray. As such, other measures will have to be taken to see it uncensored in the UK.

As with many other FUNimation releases, most special features (such as commentaries and – in this case – the Director’s Cut Opening) are only available on the Blu-Ray. This is most likely the case for the UK and Australian releases.