Ichiko Sakura is easily the most fortunate person on the planet; she’s pretty, loaded, athletic and academic – not to mention she has a huge rack! There’s a reason for this extravagant level of so-called ‘Happiness Energy’, though: she’s unintentionally draining it from others, causing misfortune for those close to her. Not that our stuck-up heroine has anyone close to her, besides her butler! However, her perfect life is threatened when sadistic Poverty God Momiji and her masochistic minion show up with the mission to restore the energy balance. Unfortunately for Ichiko, the only person ready to join forces with her is a perverted monk. Can she grow a heart in time and learn to share her happiness or will Momiji leave her with the dreadful future she promises? 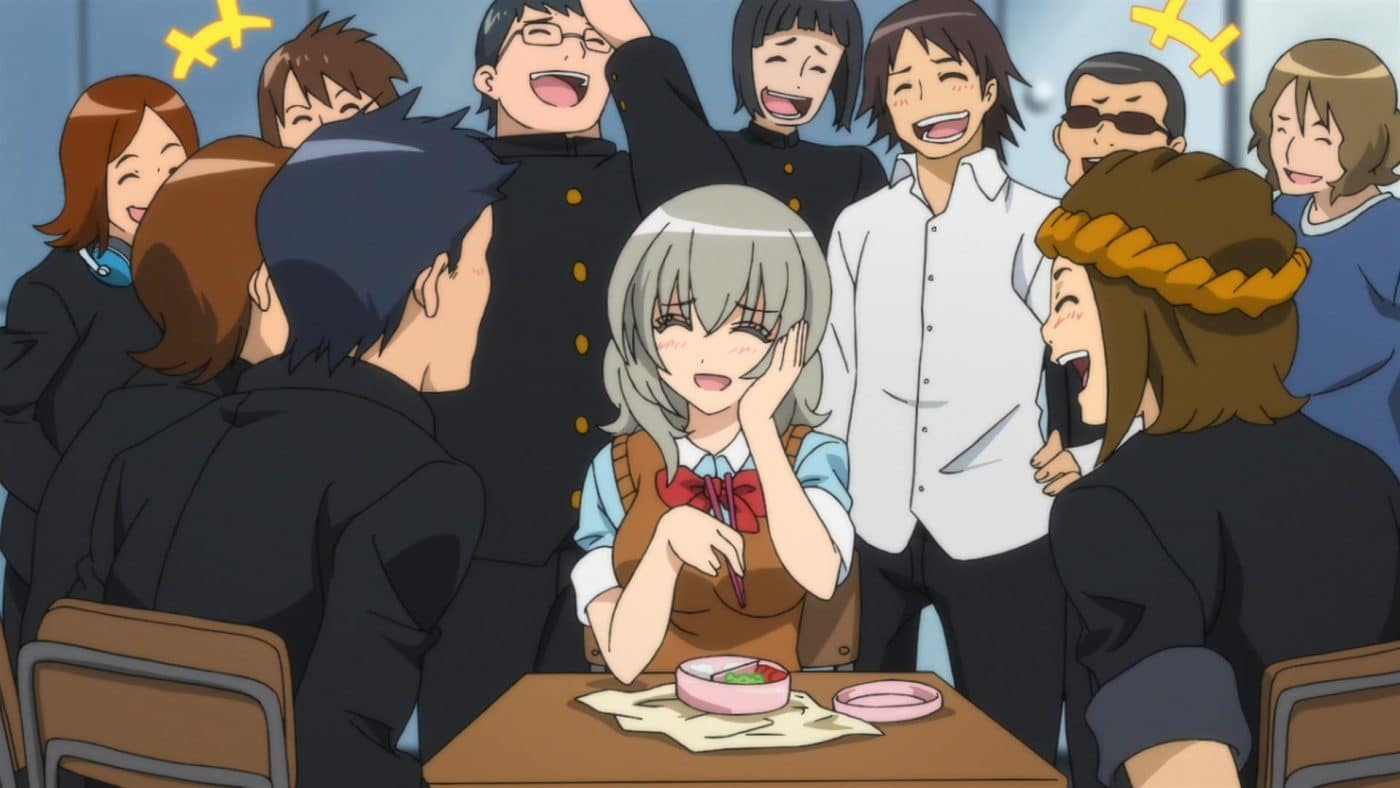 One use of the word ‘Shit’ in the preview for an episode.

Generally Mild Language, though some references to stronger language exist (e.g. Momiji’s line of ‘Effed in the A with a whole bag of Ds’)

Two characters sing a song about breasts in a late episode.

A few (subjectively) epic fight scenes are scattered throughout the series. There is very little blood, most of which is played for comic effect.

A fair share of male and female nudity. However, no genitalia or nipple detail is depicted. The show occasionally shows side-boob or buttocks, but no further detail is ever present. Most of it is played off for comedy.

Some scenes of zombie samurai and a few scenes depicting Momiji’s spooky entrances. These are either used comically or offset immediately by comedy.

One brief scene in the first episode depicts a goddess hanging from the ceiling by a noose. However, it should be noted that this is merely her shocking entrance and that she does not die or even suffer from this. This scene is referenced again at the end of the series. 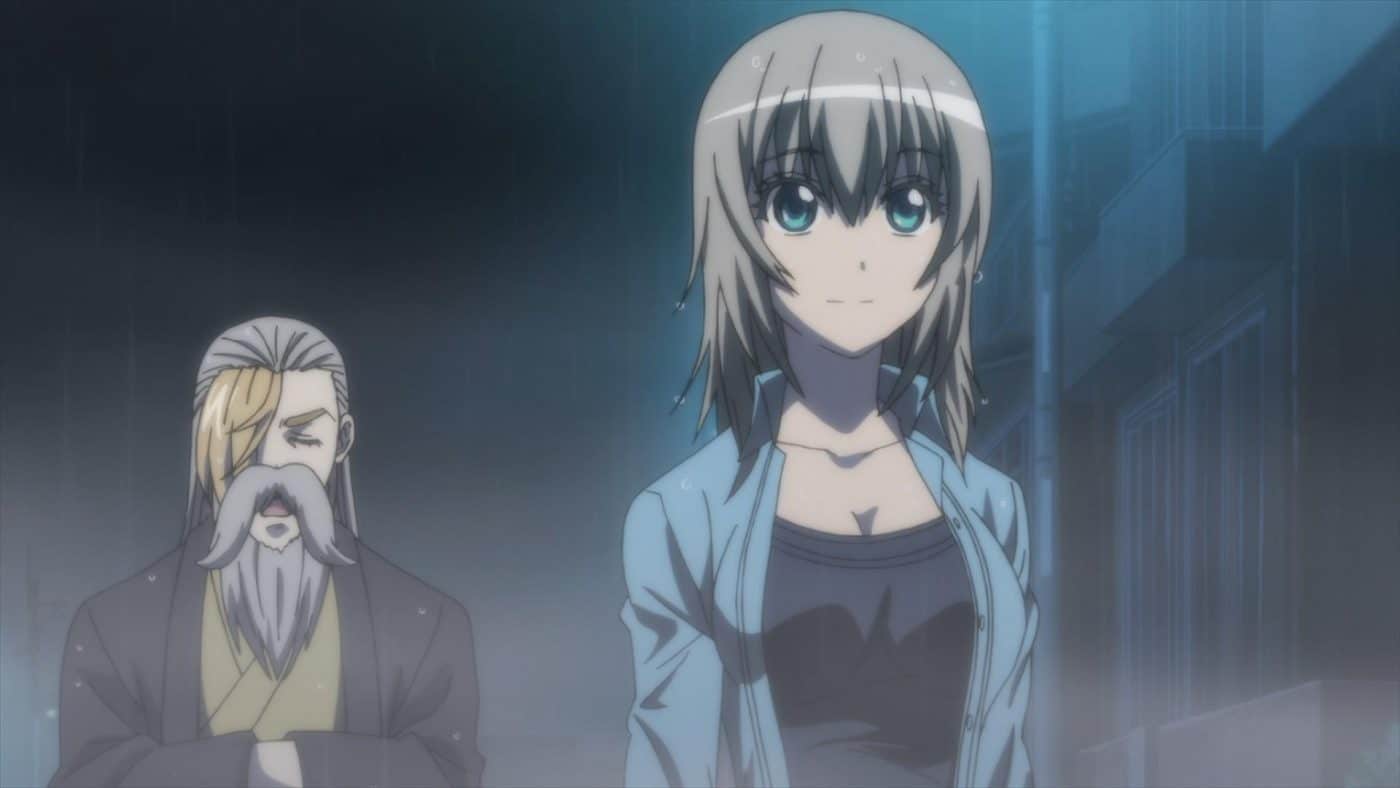 Director Yoichi Fujita displays a (subjectively) good balance between comedy and drama. Perhaps learned from his work on the multi-hundred-episode series ‘Gintama’, which was also praised for its balance!

A heroine with praised character development as she learns to become less stuck-up.

For veteran fans or fans of more mainstream anime, there are lots of parodies of popular anime featured throughout. For new fans, this show may become funnier as you watch more anime, so it might get better with each re-watch.

May be too high energy for some viewers.

While it isn’t crucial that you understand the parody (it’s usually just quotes, outfits and artstyles), not understanding them may be more confusing to watch.

The deliberate initial unlikableness of Ichiko may put some viewers off. 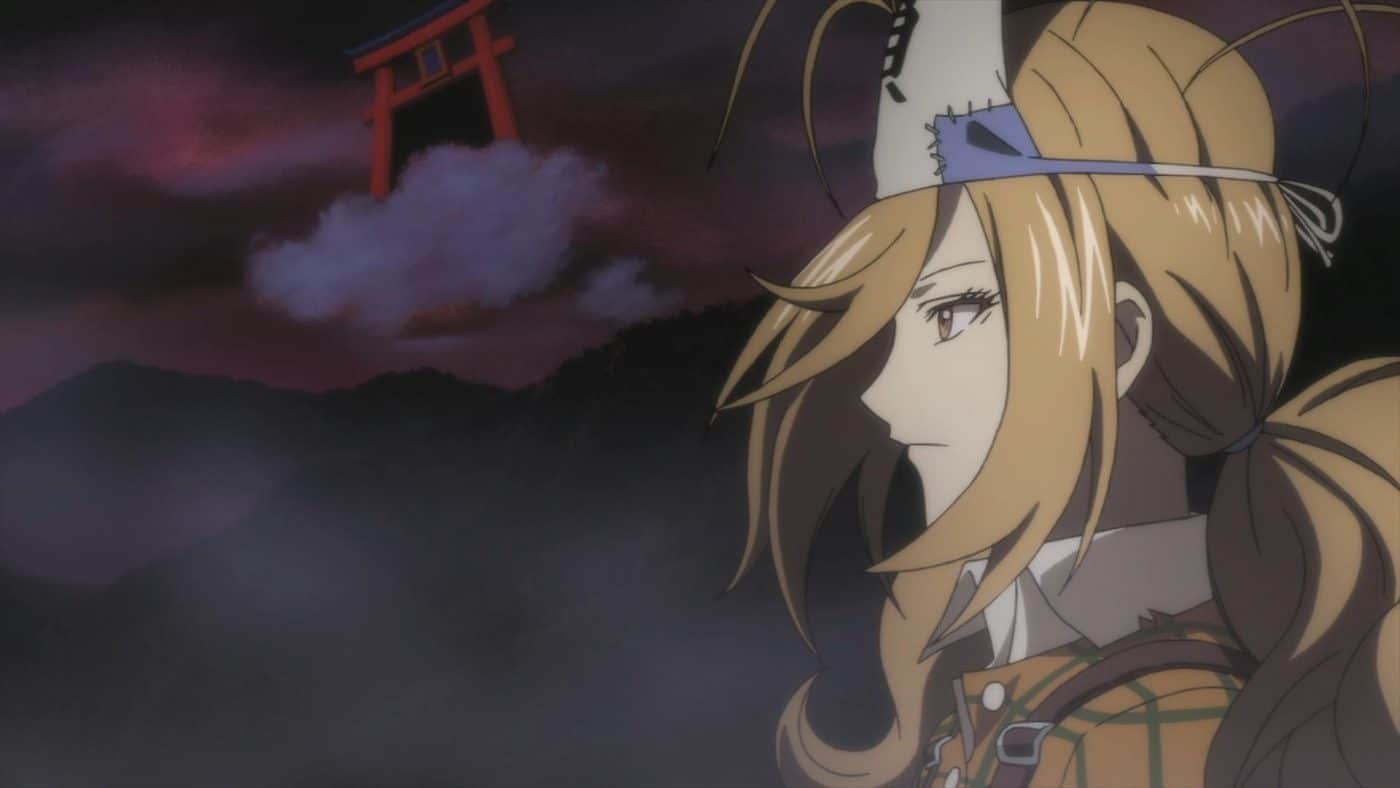 It can be hard to find a UK version of this series (and I’m not even sure it exists in UK Blu-Ray) but the American combo-pack is a fine substitute for Blu-Ray buyers (i.e. the American version is region A | B, so it can play on UK Blu-Ray players).
For the DVD buyers, as long as you have a multi-region DVD player or a player that can play region 1 NTSC, you’ll be fine with the combo-pack, too. If you have a computer with a DVD drive, it doesn’t take much to find legitimate free software that will let you play region 1 NTSC.

Special Features are available on both the DVD and Blu-Ray, including three English Dub commentaries (one of which is a video commentary).