Introspective Survival in an RPG World

Hai to Gensou no Grimgar

Grimgar of Fantasy and Ash

Haruhiro awakens in another world alongside many others who, like him, don’t remember their own identities. With few options, Haruhiro joins the Volunteer Soldiers, forms a party with the leftovers and tries his best to make enough money to survive. With no kills under their belts and a purse that is getting dangerously thin, the group realise they will have to push their amateur strength if they want food for the foreseeable future. However, it’s not long before the group also realise how easy it is for a life to be snuffed out when it happens to one of their own. Their already-shoddy teamwork is pushed to breaking point as they try to deal with the loss and keep living in the mysterious world of Grimgar. 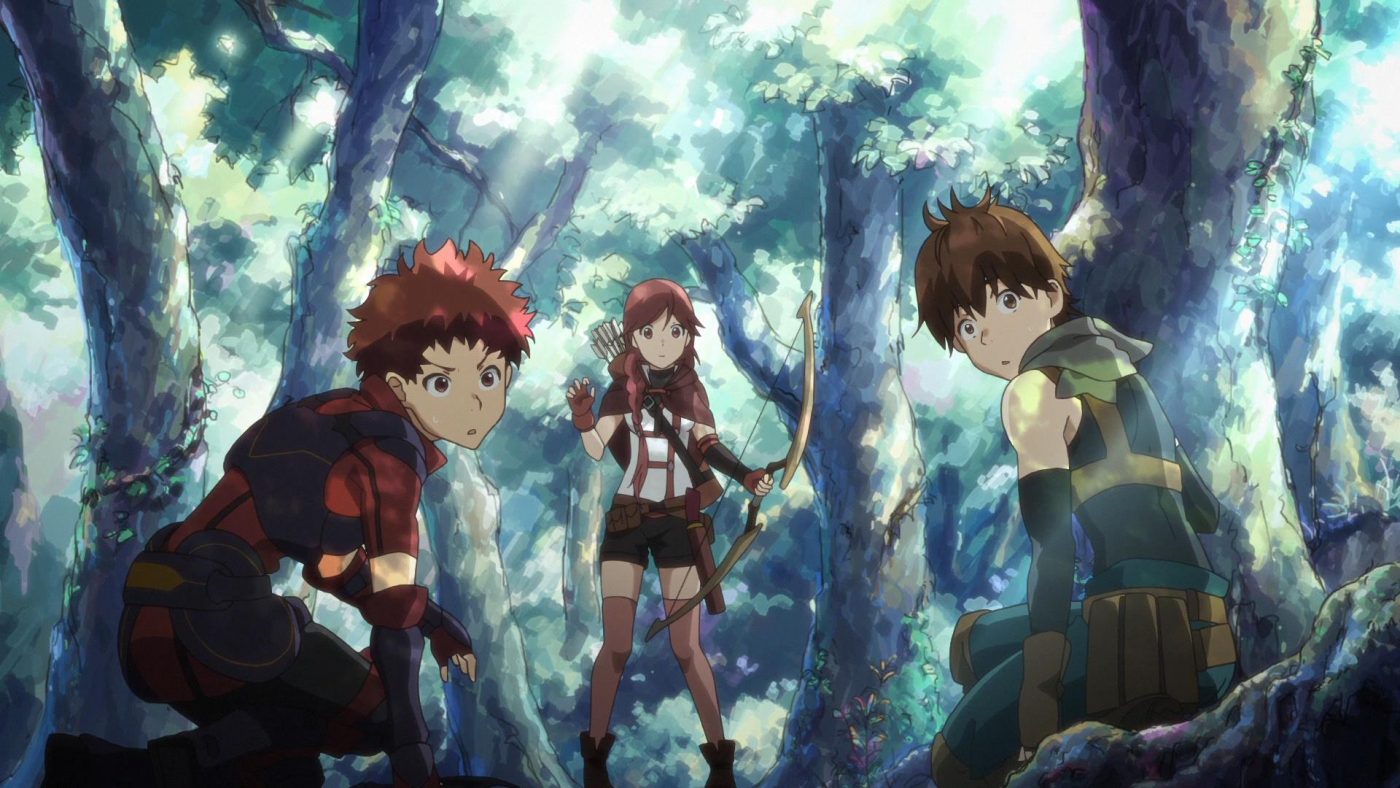 This is not a comprehensive list of every individual use of strong content, merely a guide to show you how extreme it gets and how strong it tends to be. Also, the tags I’ve given each segment (e.g. Very Strong Language) is based on my own system and does not necessarily reflect the tags the BBFC (or other national equivalent) use. I have found that the BBFC tend to be quite vague and inconsistent in their tags. As an example of vagueness, ‘Moderate Nudity’ has meant that there are only a few scenes depicted, but they have breast detail. However, it has also been used to refer to a series that has lots of nudity that is very tame. According to my system, the ‘Mild’, ‘Moderate’, ‘Strong’ and ‘Very Strong’ adjectives are based on strength, not on volume. Now, obviously, the strength of any type of content is subjective; what I consider strong might just be a relaxing weekend for you. Hence, I have added an explanation for my decision to allow you to make your own informed decision.

Almost all fighting scenes depict blood loss or attacks which result in a moderate amount of blood flying.

As mentioned below, the gore is mostly replaced by an angle that doesn’t show injury detail, and a spurt of blood.

Some scenes show mild gore, but they are few and far between. No real injury detail or flesh flying around the place. Although, I still feel I should mention what little there is for those that are very sensitive.

One scene show the tip of a goblin’s ear being cut off.

One or more scenes show a monster being impaled by a weapon. They are shown from a side angle (that doesn’t afford any real injury detail) or are implied.

Most of the gore is implied, offering only an expression and a blood spurt.

In the main series, only a handful of these scenes are present and aren’t especially sexualised. They feature both male and female nudity, but aren’t detailed (i.e. no nipples or genitalia). They exist as still frames that merely show what they are up to.

The reason I labelled it as ‘sexualised’ is because episode 2.5 (a half-length episode that expands on the ending of episode 2) is the fan-service/bathhouse episode. As such, it does feature a few scenes which show Yume and Shihoru (the two female members) bathing and one scene which also does the same for Mary. These scenes are more sexualised, but any nudity is obscured by the camera angles.

Ranta is the biggest cause of these. He makes a number of references to breast size, often belittling Yume for being ‘flat’ and praising Shihoru for the opposite. Understandably, much to their dismay.

There are some references to the protagonist going commando (i.e. no underwear) and he implies that this may be the case with others.

Yume is occasionally quite touchy-feely with Shihoru

Even so, there aren’t very many sex references and they are somewhere between mild and moderate, hence why I didn’t give this any indication of strength. I figured that is going to be determined more by personal taste, so I’ll leave this up to you to decide. 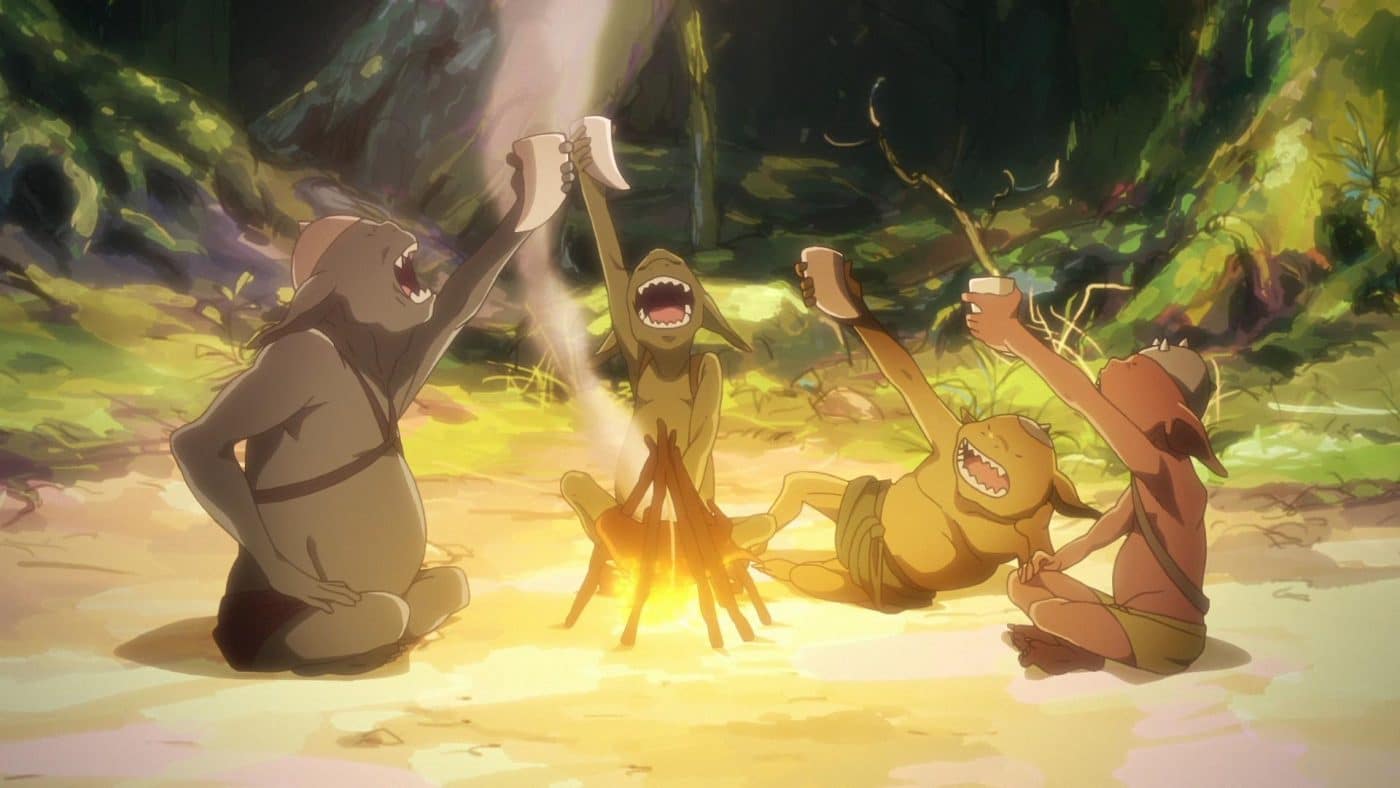 Watercolour background art is extraordinarily rare in anime, so this could well bring desirers of unique art design to this show. Mieko Hosoi (who was the animation director and character designer) also contributed her gorgeous watercolour illustrations to the show. Fans of Your lie in April or Made in Abyss may recognise her style from the opening themes as she provided an illustration for both (in Your lie in April, this was for the first opening). Any UK fans who bought the collector’s edition for volume 1 of Your lie in April will definitely know her style because that illustration she provided was used for the big art box!

Anyone looking for an introspective look into the isekai or the game genre are in luck because that’s this series’ biggest selling point. A slow – incredibly slow – story that tosses aside the mystery it presents at the beginning in favour of focusing on the mourning and grief of the characters that have loved and lost. It’s topped off with powerful insert songs, duality and the previously mentioned watercolour illustrations to try its hand at getting those tears flowing.

For viewers looking for a fast-paced, plot-focused epic, this will not float your boat; this show is slow and completely focused on its characters.

Some viewers may find Ranta to be unbearable. His constant belittling of Yume for her ‘flat’ chest and his narcissism may irritate the viewer too much – although it should be noted that he’s intentionally obnoxious (it’s not some twisted ‘happy accident’!).

This is a series that I think has one of the biggest personal biases on my part. So please excuse me as I ramble on a little below.

After I watched Psychic School Wars, I fell in love with the staff trinity that is Art Director Hidetoshi Kaneko, Character Designer Mieko Hosoi and Director/Screenwriter/Storyboard Artist/Sound Director Ryōsuke Nakamura. From the watercolour art designs to the attention to body language (and much more), I became entranced by their work. Psychic School Wars’ art is often compared to Makoto Shinkai’s – which is one of the highest levels of praise an anime can get, nowadays – and since I love Makoto Shinkai, it was natural I would enjoy someone whose work is on par. There are more reasons I love this trio so much, but I think this paragraph is already too long, so let’s end it here.

In the realms of music, you should note that all the music in this series is written and performed by (K)NoW_NAME. And when I say ‘all’ I mean ‘all’; opening, endings, background music, insert songs – everything. I hadn’t seen Sakura Quest long before this (another series where they wrote and performed all of the music), and as such, I was excited to see the only other anime (at that point in time) that they had done that much for. I hope they get involved with even more!

As mentioned in the above paragraph (the one that is longer and more biased than it should be), I was already acquainted with Hidetoshi Kaneko’s work from Psychic School Wars. However, I had also learned of his involvement in the background art of Terror in Resonance from legendary (and questionably sane!) director Shinichiro Watanabe. Let’s just say that that only served to raise my opinion of this great art director. All hail Hidetoshi Kaneko!

I have seen Ricco Fajardo take the lead role a few times before, but those tended to be comedy shows. As such, I was interested to see his name listed as the lead for a show I’d heard was slow, serious and sad. To make it even more impressive, ADR Director Kyle Phillips stated during a commentary for Overlord that the one request a director never has to make of Ricco Fajardo is to be more energetic. I was curious why they’d cast him for the subdued lead that is Haruhiro. 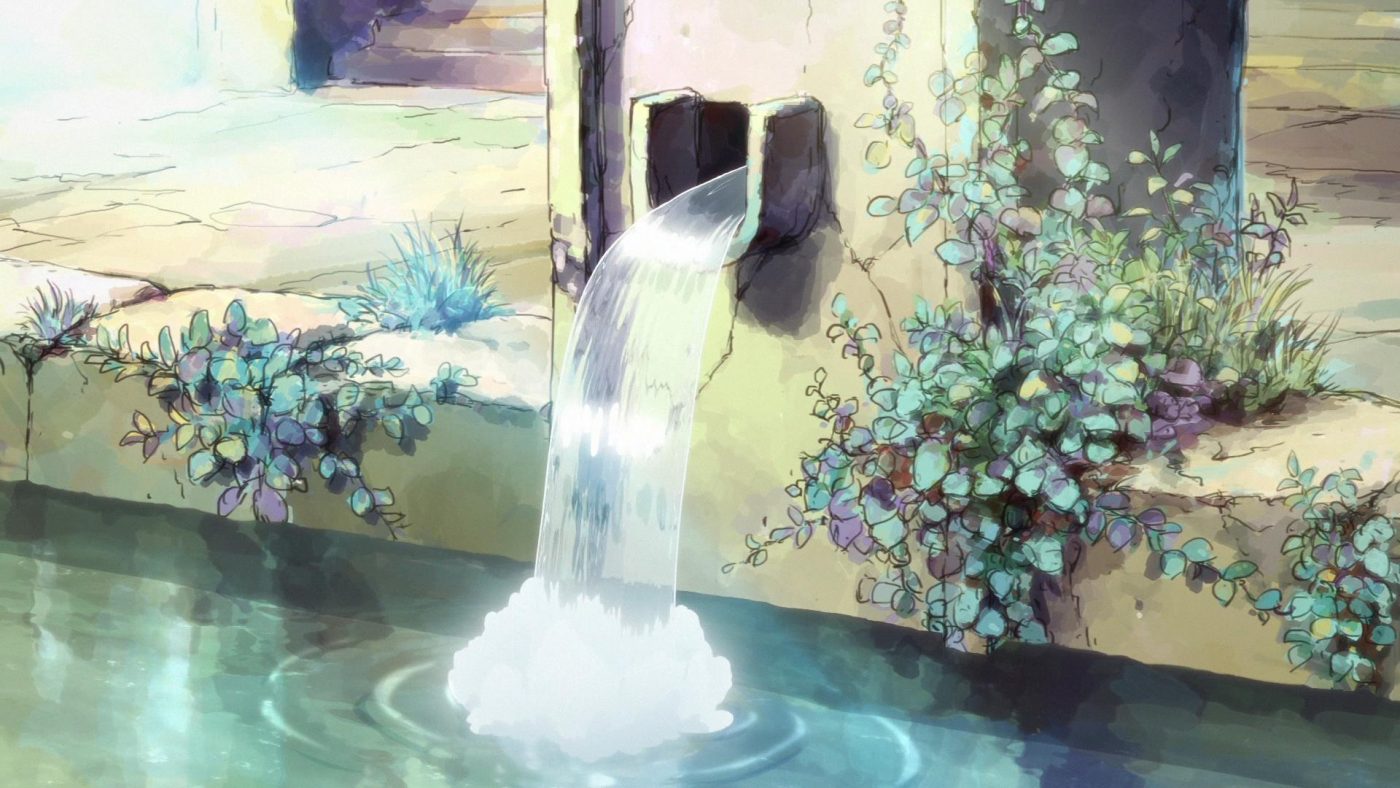 Things To Look Out For

Look out for Ryōsuke Nakamura’s attention to body language (especially Yume’s). Don’t forget his attention to light, either. Easy mode here would be to spot the lens flares! Although, that being said, there are significantly fewer here than there are in say…I dunno… PSYCHIC SCHOOL WARS!

All special features are limited to the Blu-Ray release. This includes Episode 2.5, but it is not a necessary piece of story. The episode is a half-length fan-service episode that expands on the ending of episode 2.

Despite it being a standard on physical anime releases at this point, Grimgar doesn’t actually have the textless opening and ending themes. As such, the openings and endings do not have the translated English credits as most FUNimation releases do. However, at the end of each episode, the English credits are shown on a black screen without music for a few seconds.

The sole commentary featured on the physical release is an American video commentary, but more unusually, it does not contain any of the actors, writers or directors from the English dub. Instead, the commentary provides an insight into the even-more-behind- the-scenes jobs of a social media coordinator, senior graphic designer and a promo video maker.

Anyone who saw the broadcast dub may have spotted the occasional cast changes where understudies were employed when the official cast were unavailable. For example, Orion Pitts (Ranta) was replaced with Clifford Chapin during some of the later episodes. However, the physical version contains these scenes with the official voices (i.e. Clifford Chapin’s lines were redubbed by Orion Pitts for this version, etc.).

*Isekai is a subgenre which involves the protagonist being transported or reincarnated (or however the author decides to bring them to) another world – usually a parallel one with magic and the like. Oftentimes, the main character is overpowered in some way (or all ways), but that is not the case in Grimgar, for Haruhiro is as average as they come.