Heaven’s Lost Property the Movie: The Angeloid of Clockwork

Tomoki Sakurai is your average student who loves nothing more than peace and quiet. However, everything changes when an emotionless, winged android falls from the sky and into his life. Ikaros proclaims herself to be a Pet-Class Angeloid that will fulfill any wish her new master, Tomoki, has for her. Of course, he has perverted ideas in mind and carnage ensues. But when another Angeloid appears with orders from the ‘Synapse’ above to eliminate Ikaros, Tomoki becomes suspicious that Ikaros might not just be a Pet-Class Angeloid, afterall, but rather something much more threatening. Suddenly, his goal of making her smile is put on hold as he employs the help of his oddball friends to find out who or what the Synapse is. 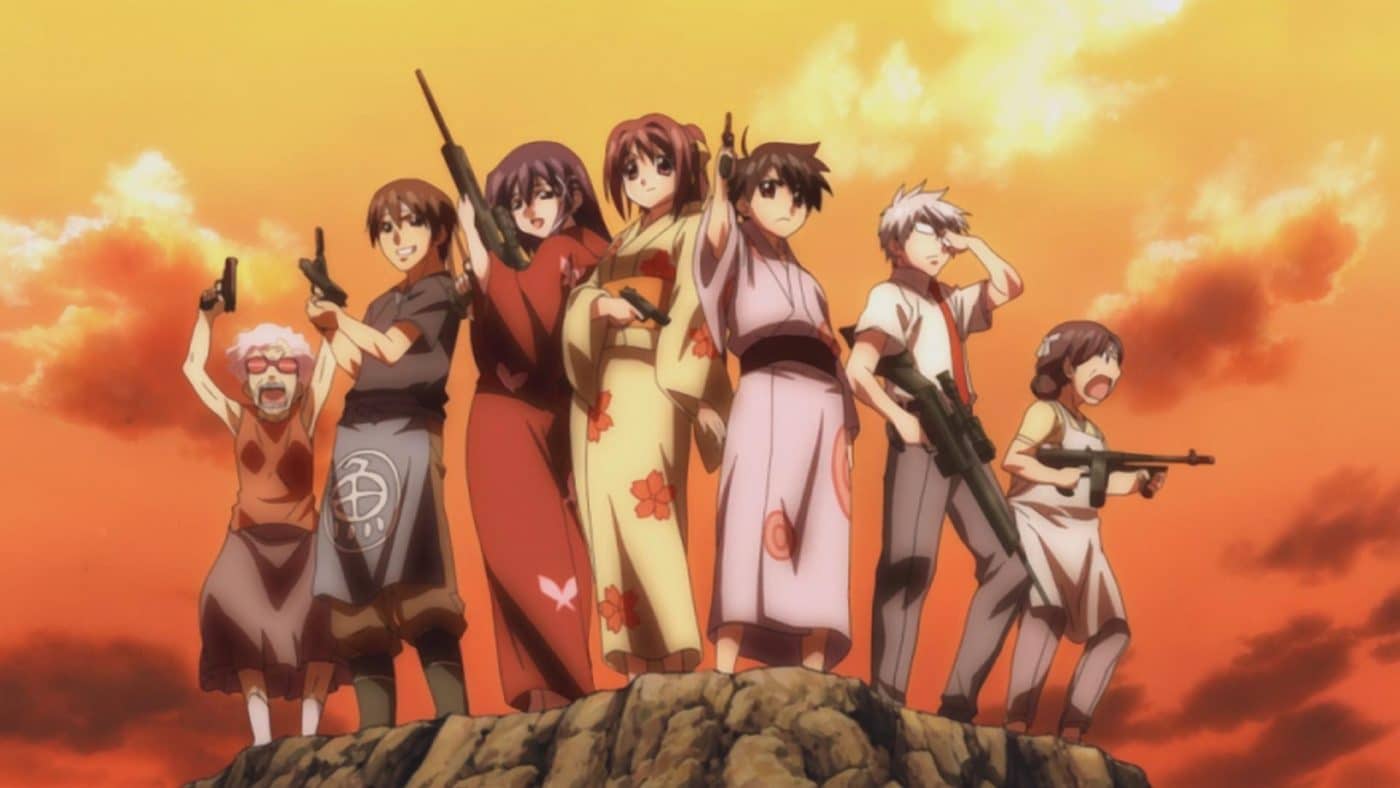 Lots of innuendos, a perverted main character and a fair few dirty jokes make it unsurprisingly heavy on its references. The implications are just shy of crossing the line and being completely blunt mentions. From erection implications to even some light sexual fetish references, this show doesn’t hold back much.

Infrequent use of ‘shit’.

Even the physical releases are censored. This isn’t like Deadman Wonderland (where the UK version was censored and the American version wasn’t) as this is the case across all versions (Japanese included).

As such, any nudity that would ordinarily be more explicit is censored by white circles with wings. All genitalia (male and female) and female nipples are censored. I’m specifying ‘female’ nipples because ‘male’ nipples (where present) are uncensored.

That isn’t to say that nudity doesn’t exist throughout! However, it’s fairly tame – showing only cleavage and panty-shots.

While the actual blood content is small, the show does touch on some dark sequences and a number of destructive battles. The darkest of these include wings being torn from bodies and robotic limbs being forcefully removed.

Some (if not most) of the blood featured is used for comic effect (e.g. the main character’s nosebleeds, etc.).

The first episode features a character ordering another to kill themselves, which they then attempt to do. 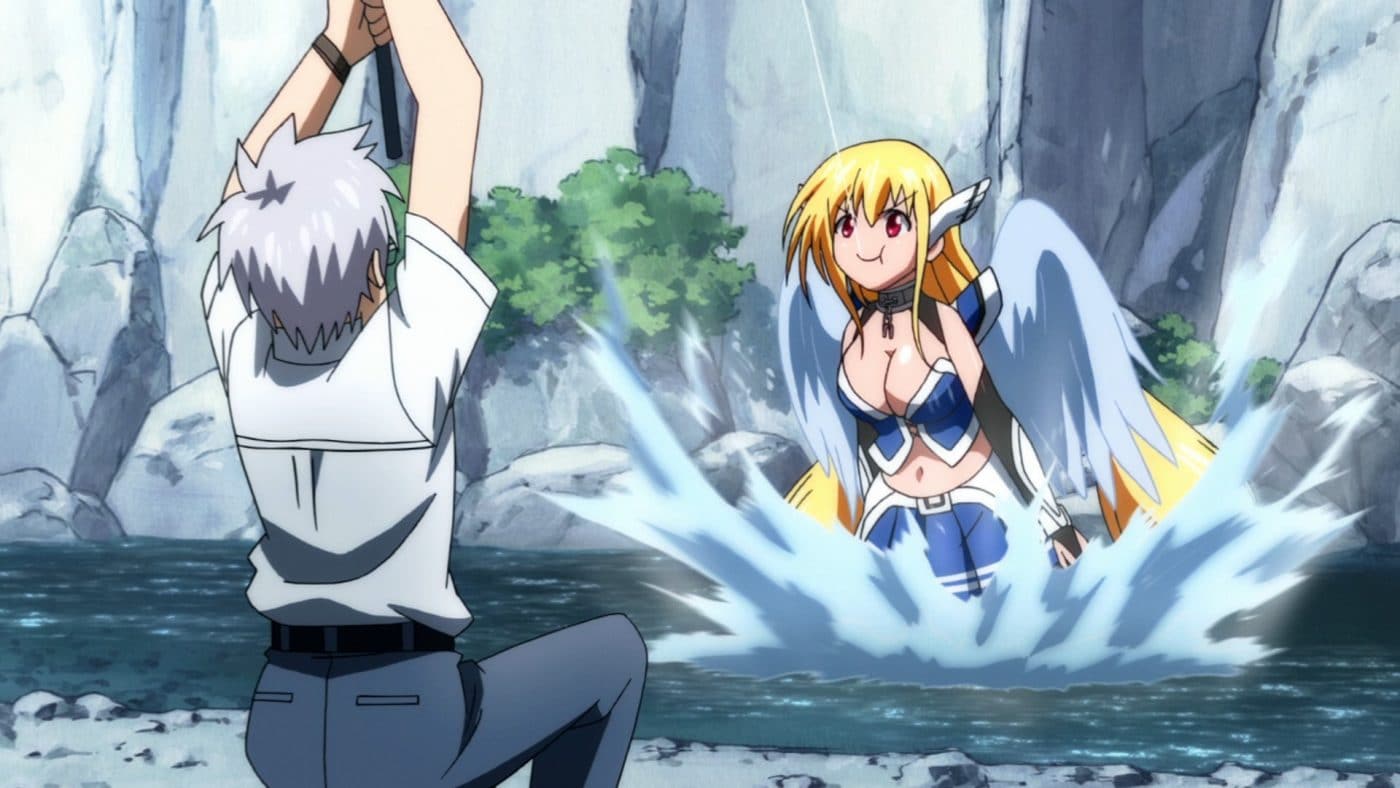 A series with a darker plot than is generally expected of the ecchi** genre that may intrigue its viewers beyond simply waiting for the next flash of boob.

An inventive use of its many endings make it stand out even among veteran watchers.

If you enjoy its sense of humour (which is obviously subjective, because that’s what comedy is) then there’s plenty of it to go around.

A tamer ecchi** series for those who prefer to let their imagination literally fill in the blanks.

Precisely because comedy is subjective, it may not be to everyone’s tastes.

Some of the show’s darker elements may put off viewers who are purely up for a fun experience, and for those looking for a darker ecchi**, this may spend too much time on creating comedy stories rather than focusing on its plot.

The second film (Heaven’s Lost Property Final: Eternal My Master) is not available in English speaking territories at all (aside from non-English versions), meaning that viewers will not get a chance to see the end. That being said, the film itself does not cover the original manga’s actual ending, opting instead to finish about five minutes before its official conclusion. In other words, even those who do see the final part may be disappointed by its ending. It should be noted, though, that the first film doesn’t end on a cliff-hanger. 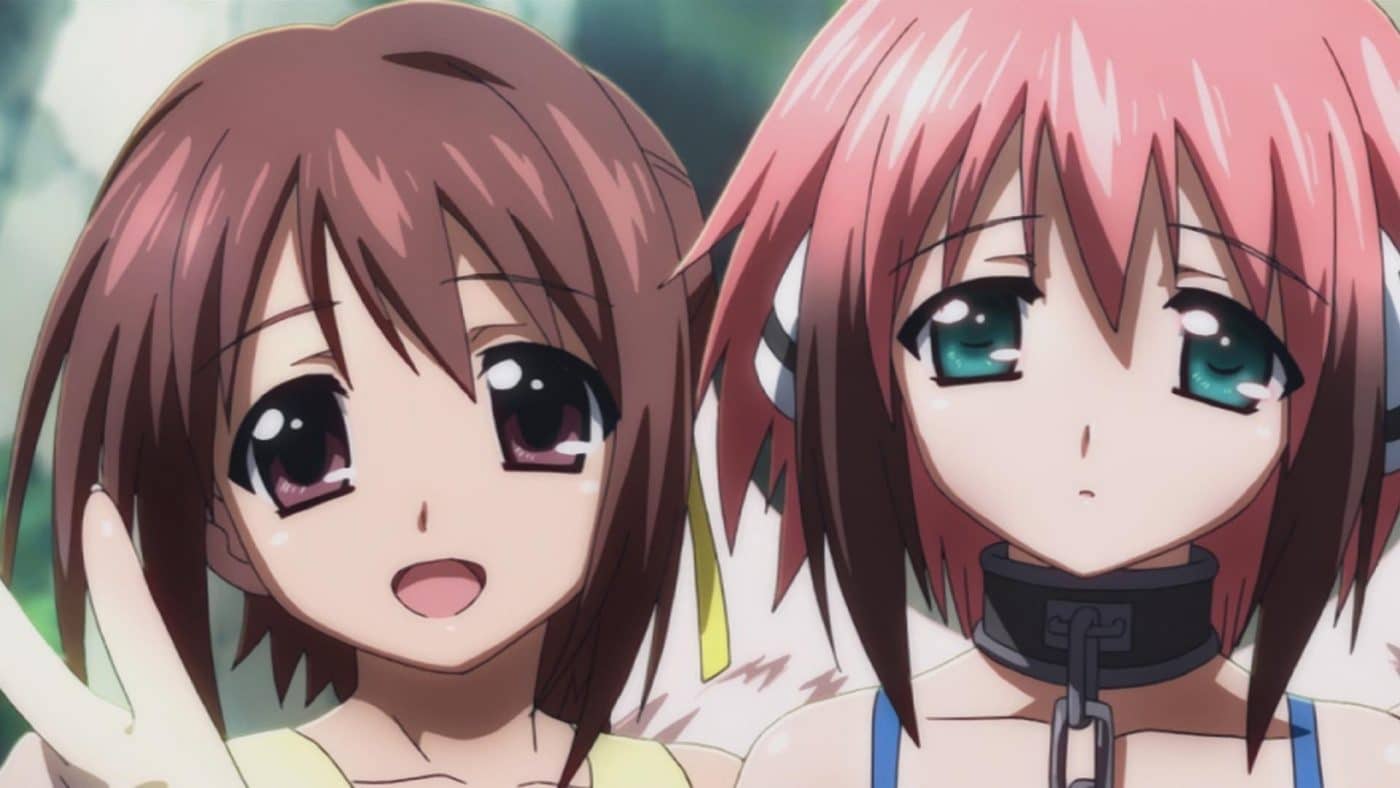 Special features are present on both Blu-Ray and DVD versions (including two English Dub episode commentaries for season 2 and a film commentary).

*OVA (sometimes also referred to as OAV) stands for Original Video Animation and is basically a straight-to-dvd episode. They tend to be fun self-contained episodes that have little to do with the main plot of the series, though there are many complete series that have been entirely made up of OVAs! Because they aren’t subjected to broadcast content restrictions, these can have more explicit content and any length they find suitable.

**Ecchi is anime’s version of softcore pornography. Though sex scenes and even pixilated genitalia can be present, it’s rare (particularly in the genitalia department). It’s much more common for Ecchi anime to contain less explicit detail. In this case, the fan-service is very tame for what Ecchi is capable of.