Adventurer becomes the damsel in distress he seeks to save

Is It Wrong to Try to Pick Up Girls in a Dungeon?

Please note that this entry does not cover the “Arrow of the Orion” Movie or the second season as neither are available on hardcopy yet.

Is It Wrong to Try to Pick Up Girls in a Dungeon?: Arrow of the Orion (Side Story Movie)

Is It Wrong to Try to Pick Up Girls in a Dungeon? FAMILIA MYTH II (Season 2)

In a fantasy world where the Gods have descended to the earth to endure the inconveniences of human lives, Bell Cranel is the sole member of Hestia’s familia. Spurred on by his grandpa’s words of wisdom, Bell struggles through the great dungeon of Orario alone in an attempt to save and fall in love with a damsel in distress. However, one day, he is backed into a corner (literally!) by a Minotaur and all seems lost. That is, until famed adventurer, Aiz Wallenstein, saves his life and he falls in love with her. There’s not so much an age gap between them as there is a humongous ability gap, but he seems determined to close that. And with his first skill and a custom-made knife, it might just be possible! Now if only he can stop being the damsel in distress and start doing the saving… 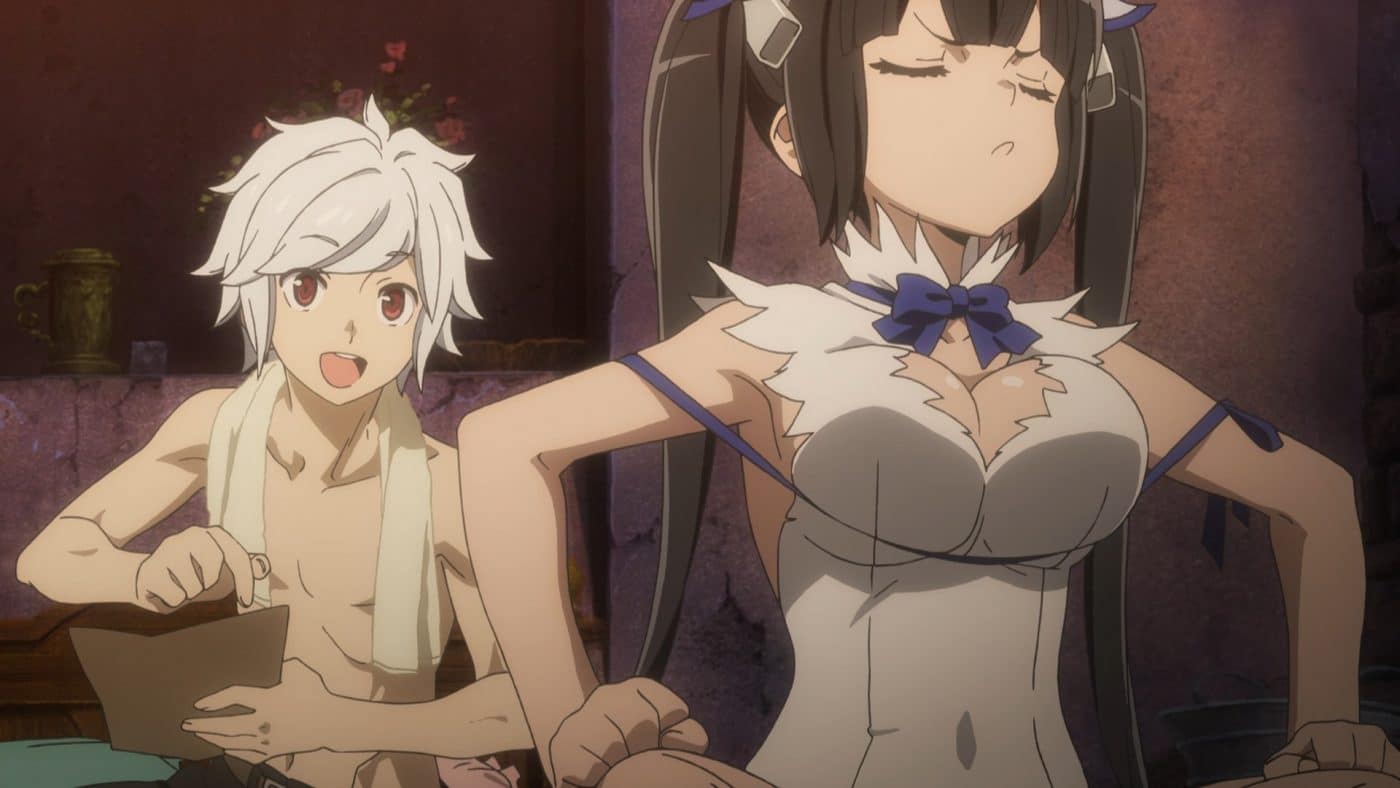 The usual references one might expect from an anime with a little fan-service (i.e. a few references to Loki attempting to put the moves on Aiz and references to Hermes being a pervert).

I struggled a lot to decide whether I would consider this ‘strong’ or ‘moderate’. In the end, I decided that the show’s fun-factor made these scenes less gruesome than they could have been.

Throughout the series, the spines of some monsters can be seen after they have been killed.

Some characters are hit by acid and their melted skin is shown.

One character blows apart a monster from the inside. The scene isn’t as bloody as it could have been, but it’s still there.

Some breast nudity is present in the show, including a few bathing scenes. However, no nipple detail is ever shown as it’s covered or censored by the environment.

A fair number of action scenes where characters tear through monster flesh. Blood is in plentiful supply, with a few characters getting covered in it or splattered by it.

One scene in Sword Oratoria depicts the remains of a character whose head has been crushed. Although it should be noted that the scene only contains blood and no organs or rotting flesh.

Some uses of the word ‘shit’ and some milder terms.

Some of the monsters can be a little intimidating, namely the second Minotaur and some creatures in Sword Oratoria. This is pretty mild, but I figured that some may still consider it frightening imagery. 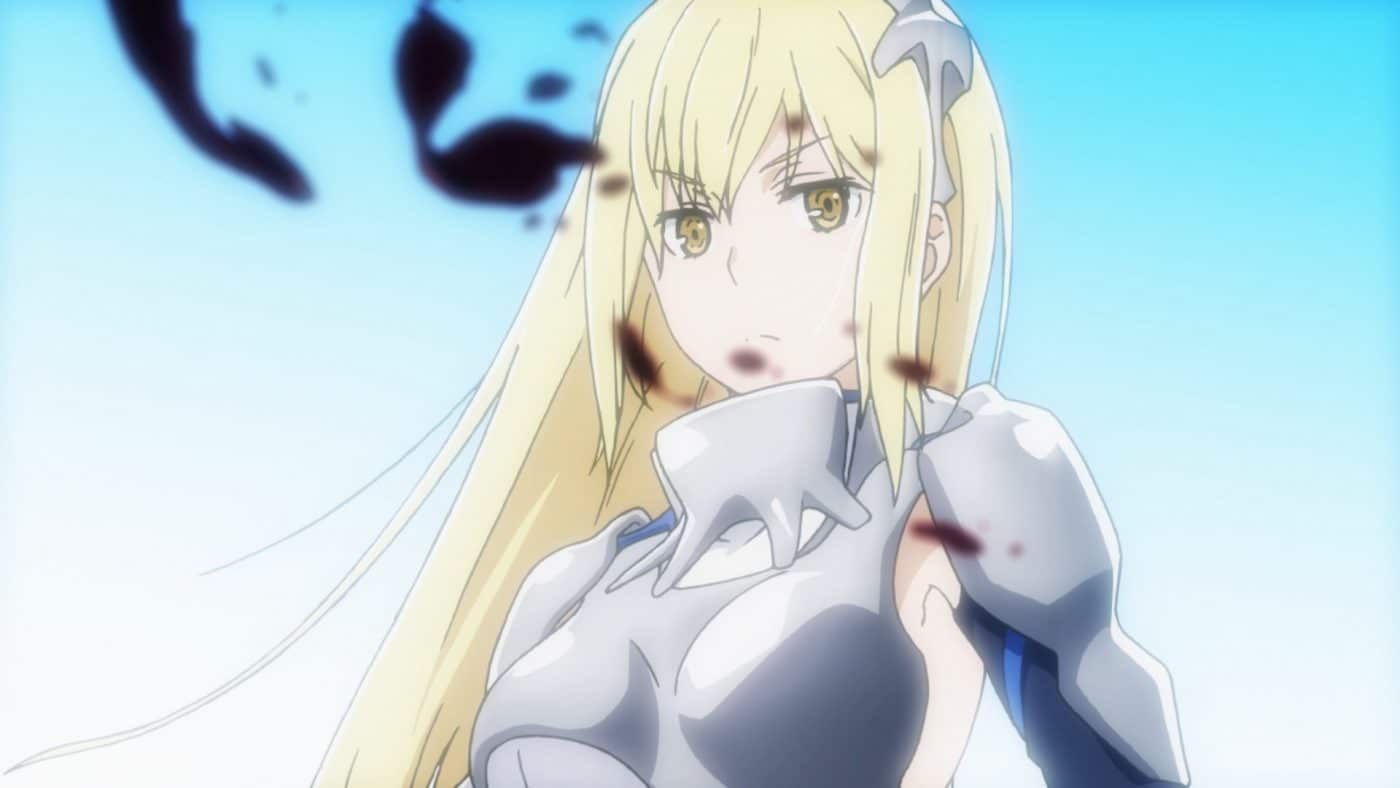 Fun adventure series that genuinely has the fun-factor (that being said, maybe that’s something you should decide for yourself!)

A good helping of world-building.

Sword Oratoria gives reasons for Aiz’s party being where they are when they are. It’s not just passed off as plot convenience!

Those interested in learning more about Aiz in Sword Oratoria may be disappointed to see that she’s neither the main character nor as focused on as one might hope. The series is mostly focused on Lefiya, a magic user who is in love with Aiz and struggling to become strong enough for the Loki Familia.

I’ve been reading that there are inconsistencies present between FAMILIA MYTH and Sword Oratoria’s tellings of the story. 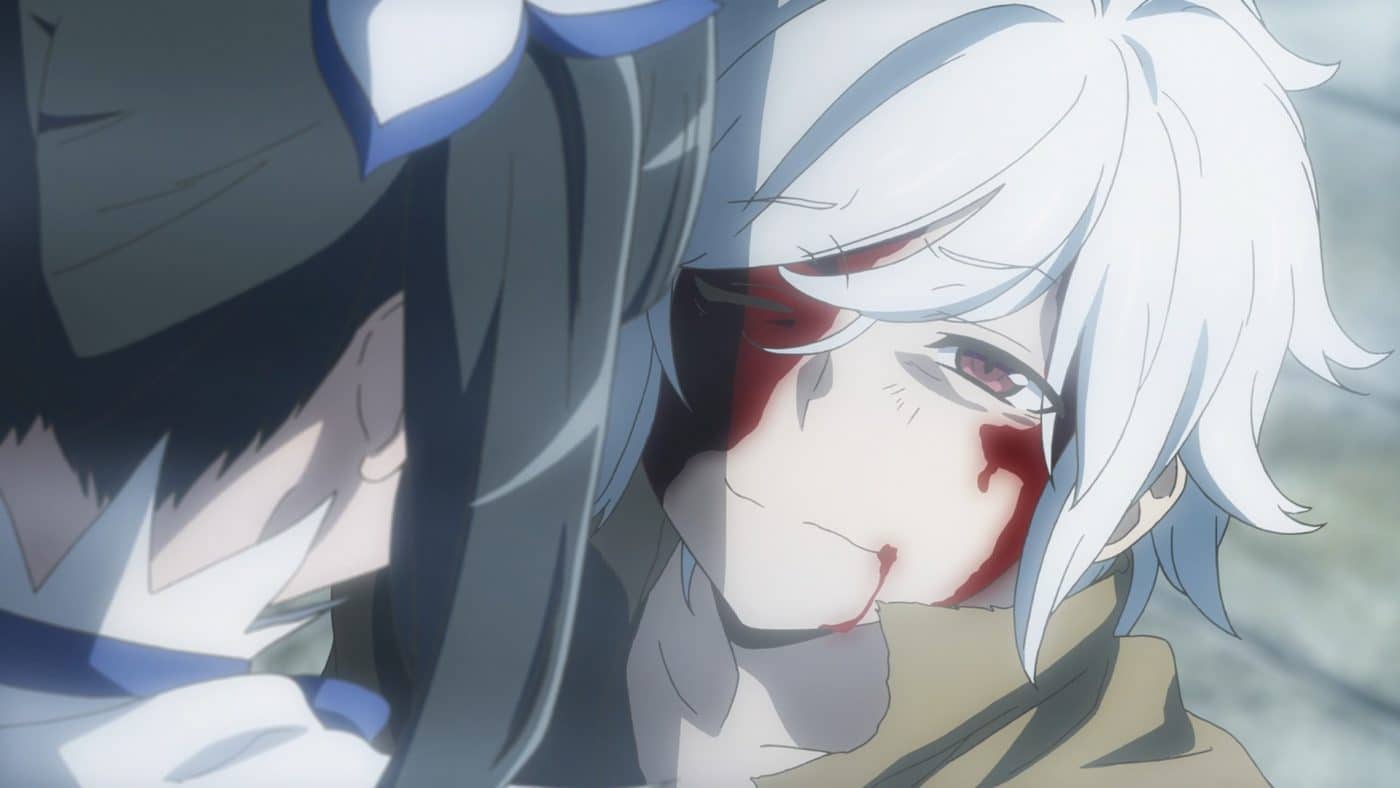