Not only do these girls love school, but they're doing everything they can to save it!

This does not include the OVA* or the ONA** episodes of this series as neither are included in the western releases nor are either required viewing (i.e. they are merely bonus episodes). Please also note that this entry does not include any of Love Live!’s spin-offs, such as Sunshine!!. They will be covered separately because they tackle a different cast and story.

Bizarre as it may seem, there are some people who love their schools! Some such people would be Honoka and her two friends. Unfortunately for them, their school is about to shut down; fortunately for the school, Honoka has a plan to save it. After seeing the popularity a rival school enjoys thanks to its school idol group, Honoka sees a future where she and her friends save their own school. Not that forming a school idol group is without its complications: they need outfits, music, lyrics, choreography, a club room to practice in, the ability to balance their school work and idol life, and of course the student council has to approve it. Although student council president Eli Ayase might be stubbornly rejecting every proposal they make, Honoka has the most crucial trait of a school idol: determination. It’s a good thing, too, because she’s gonna need a lot of it to get through the hard times ahead. How do you even get people to come to your first concert when nobody knows who you are, anyway? 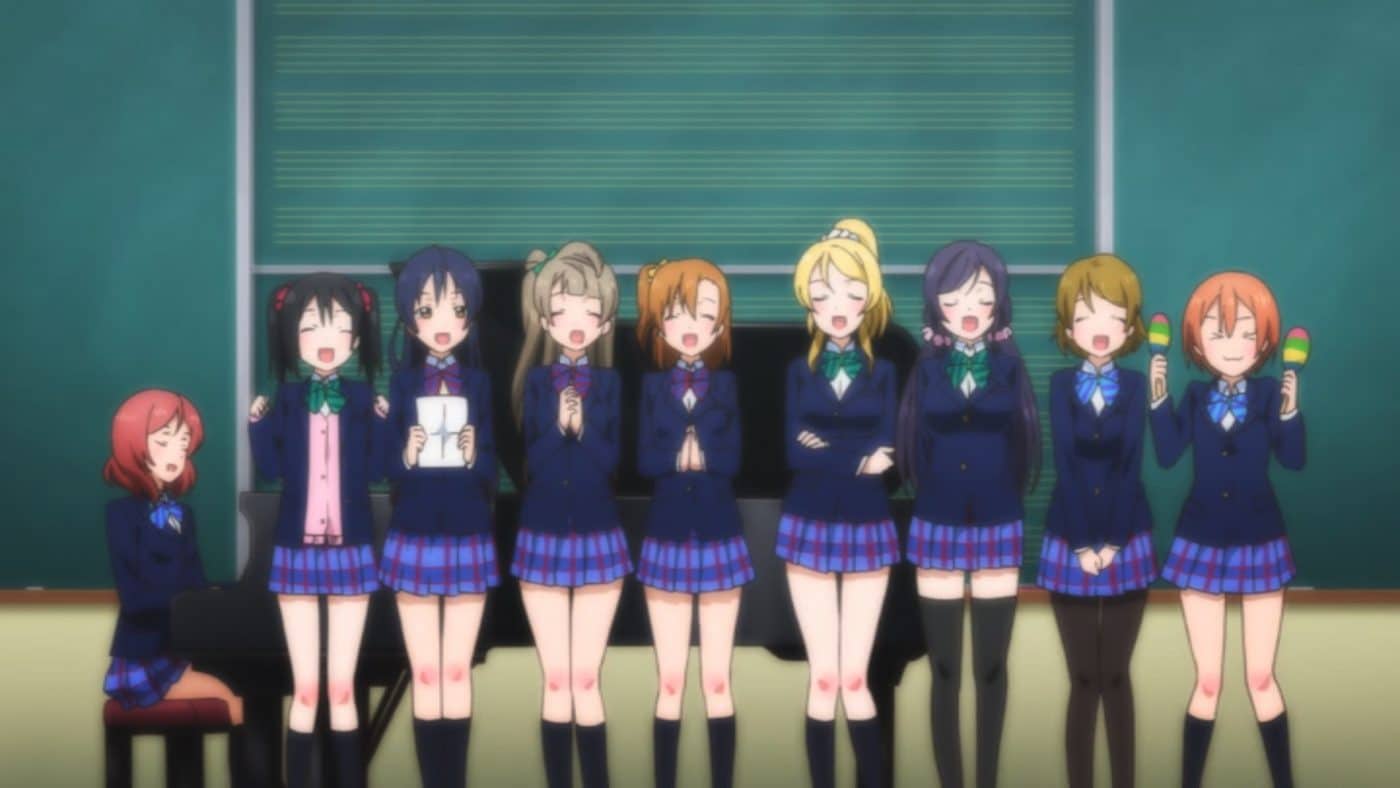 Sometimes characters discuss breast size and one character gropes another’s breasts in a couple of scenes. That character calms down a little after season one. It’s all done over the clothes and for comic effect. No nudity is present. 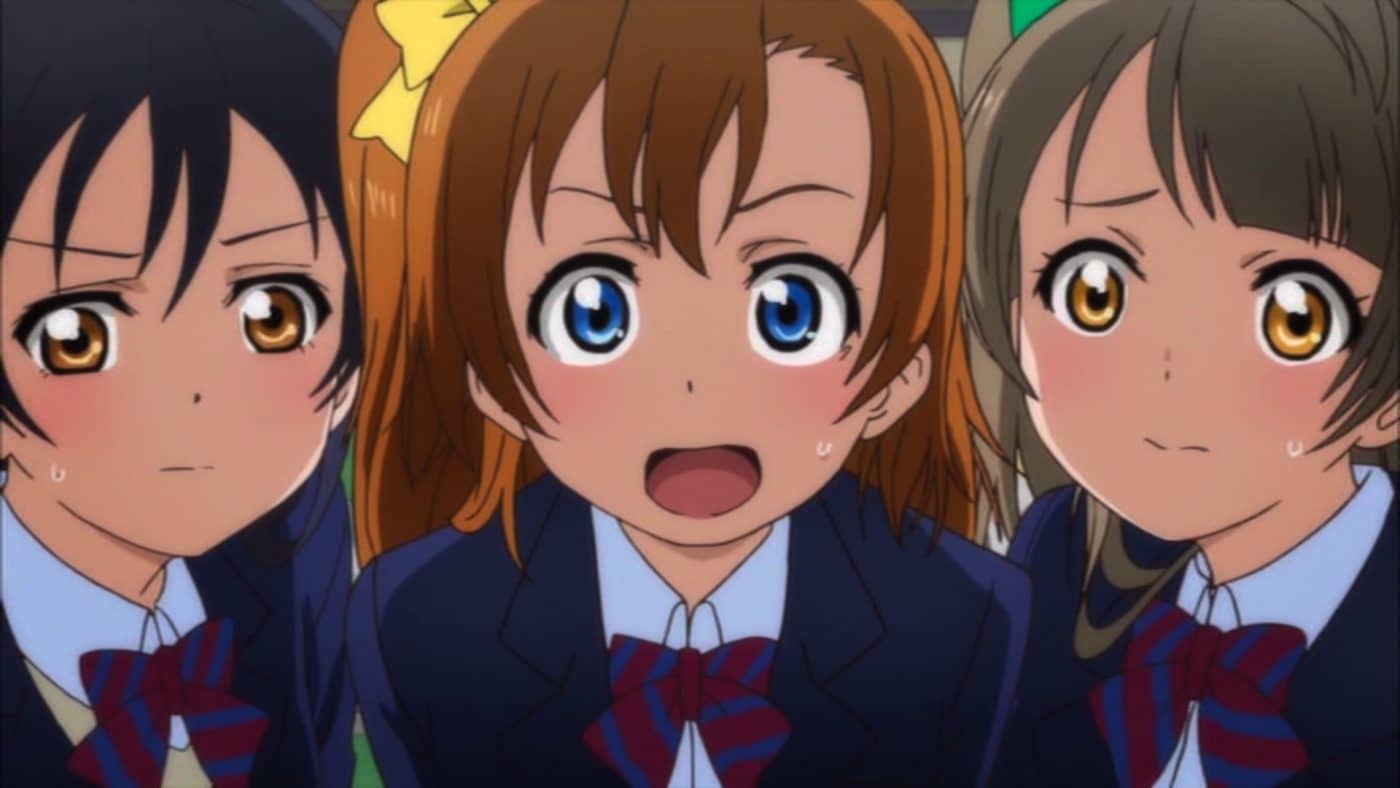 Among the most famous and popular idol anime around. It is also considered to be one of the most polished in the genre.

The cute/fun factor the series has been praised for means it’s an easy watch, so it could be ideal for a gateway anime.

Unsurprisingly, if you don’t like idols and/or idol anime, this is probably not for you. Although, I should hope you got that from the title!

May be overly dramatic in places for some.

The choice to use mostly 3D animation for the dances may not sit well with some viewers. 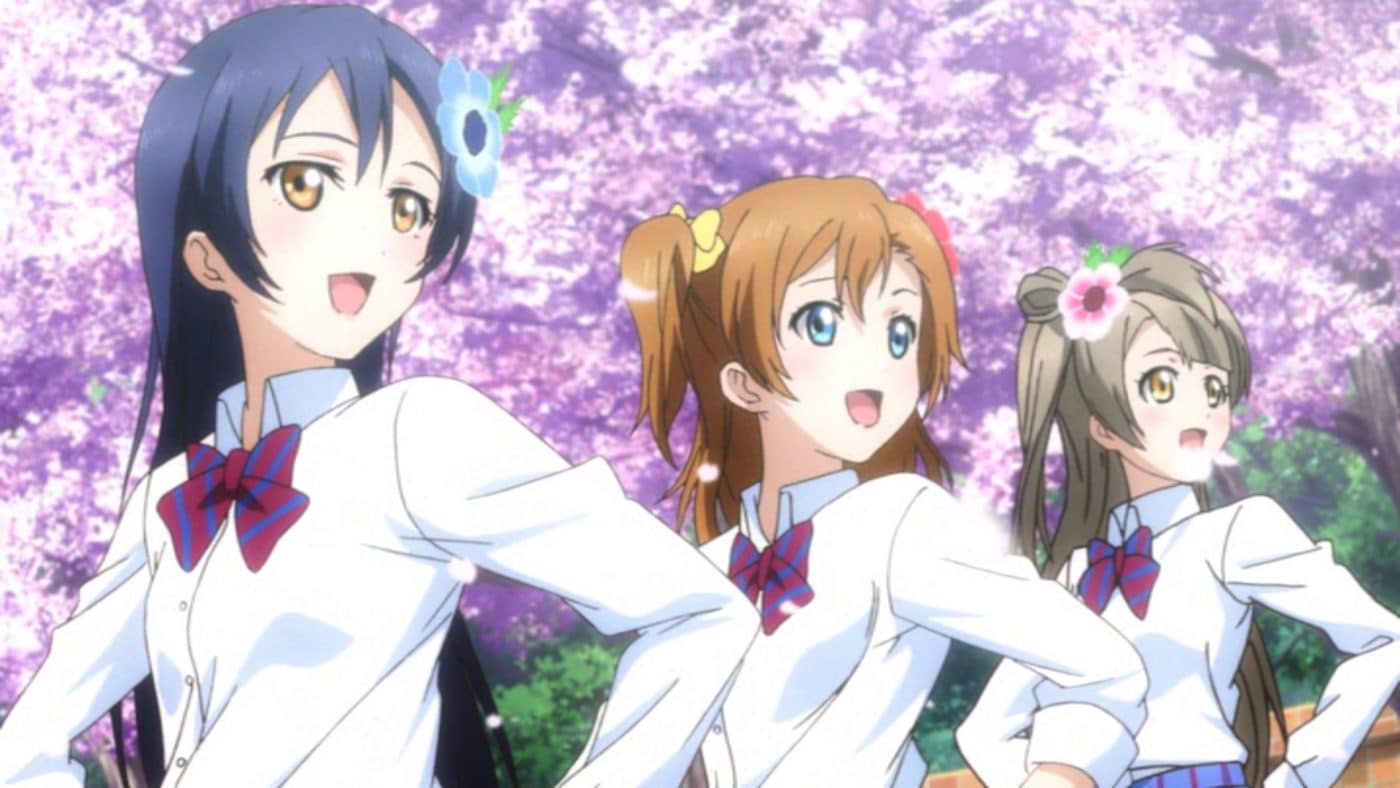 The film has not been released in the UK, so it would have to be imported. Australia’s releases are DVD Region 4 and Blu-Ray Region B and America’s standard edition release is Region A (it may also be Region B, but it’s a risk).

The UK DVD Collector’s Edition of season 1 does not include the English Dub, as it was released before the dub was announced. However, the re-release and the Blu-Ray Collector’s Edition does contain it. At this point, it’s more difficult to find the version without the dub!

**ONA (or Original Net Animations) are episodes that are not broadcast on TV first, but instead debut on the internet via video-sharing sites (e.g. YouTube, NicoNico Douga, etc.) or Over-The-Top media services (e.g. Netflix, hulu). They tend to be short, low-budget productions with simplistic art-styles and a focus on comedy. Most are designed as fun accompaniments to a series, rather than continuations, but their actual quality and length can vary – some are even like full-length series!