Beauty and the Ultimate Nice Guy

Takeo Gōda has no luck with women. Every woman he’s tried to confess to has either flat out rejected him and gone after his pretty-boy best friend, Suna, or just gone after his pretty-boy best friend, Suna. For some reason, though, he keeps rejecting them. However, one day, Takeo spots the gorgeous Rinko Yamato being harassed on the train and he decides to step in. Armed with bulging muscles, incredible height and a menacing glare, he saves her from those icky, wandering hands. It’s looking like Takeo’s very own love story might begin when she shows up to thank him with a homemade cake. Unfortunately, it seems that she might have also fallen for his best friend. Though dejected, Takeo becomes resolved to bring the two together, but is that really what they want? 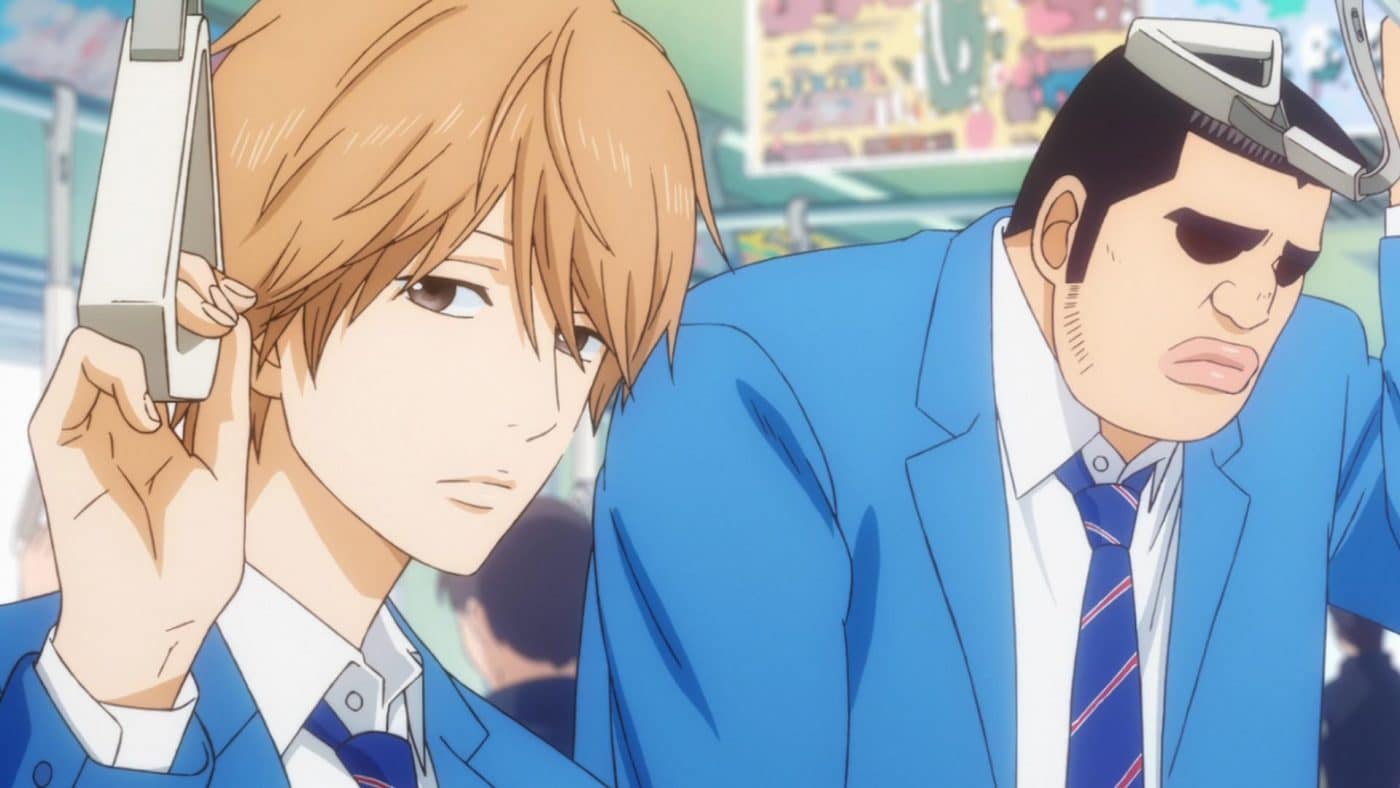 At its most extreme, one character can be seen molesting another on the train by touching her buttocks. Of course, it’s more an act than a reference, but I don’t have a category for that.

One character refers to a tree as the ‘ass’ tree, which leads into a conversation where they determine whose it might be. Otherwise, a few references to ‘balls’ and a mildly perverted character who is a friend of the main character.

I’ve seen this show be frequently referred to as the ‘ultimate romantic comedy’ – high praise, eh? Indeed, this show features nearly no conflict within and is probably at its most dramatic at the beginning and end as the main character deals with (what he believes to be) unrequited love and the like. Enjoy (possibly) tearing up as you enjoy the pure, innocent love this show has to offer!

If you’re searching for your first romcom anime after coming from western live-action romcoms, well, you’re about to get a crash-course in nice-guy (in the gender neutral sense) protagonists. Anime romcoms tend to boast nice-guy (in the gender neutral sense) protagonists who aren’t generally considered attractive by the cast, pairing with someone who falls in love with them anyway – ain’t that adorable? And this show probably has the most extreme example of this. Believe you me, no matter how cold your heart is, how shallow you are or what your sexuality is, you’ll want your very own Takeo (personal opinion, obviously)!

For anyone tired of seeing the usual trope of the pretty boy being horrible/competing with the protagonist for love, Suna is not like that. Suna is the ultimate wingman and best friend. Be like Suna.

If you’re looking for some conflict in your romcoms, this show has you covered about as much as a slice of Emmental would in a storm (i.e. not at all)!

Some might find the show too lovey-dovey, seeing as most of the subplots are basically just giving the viewer a situation that every other show has exploited for drama, but instead making it perfectly pure and sweet. In other words, every episode essentially boils down to Takeo shouting “I LOVE HER!!” and Rinko uttering how dreamy he is in different ways. 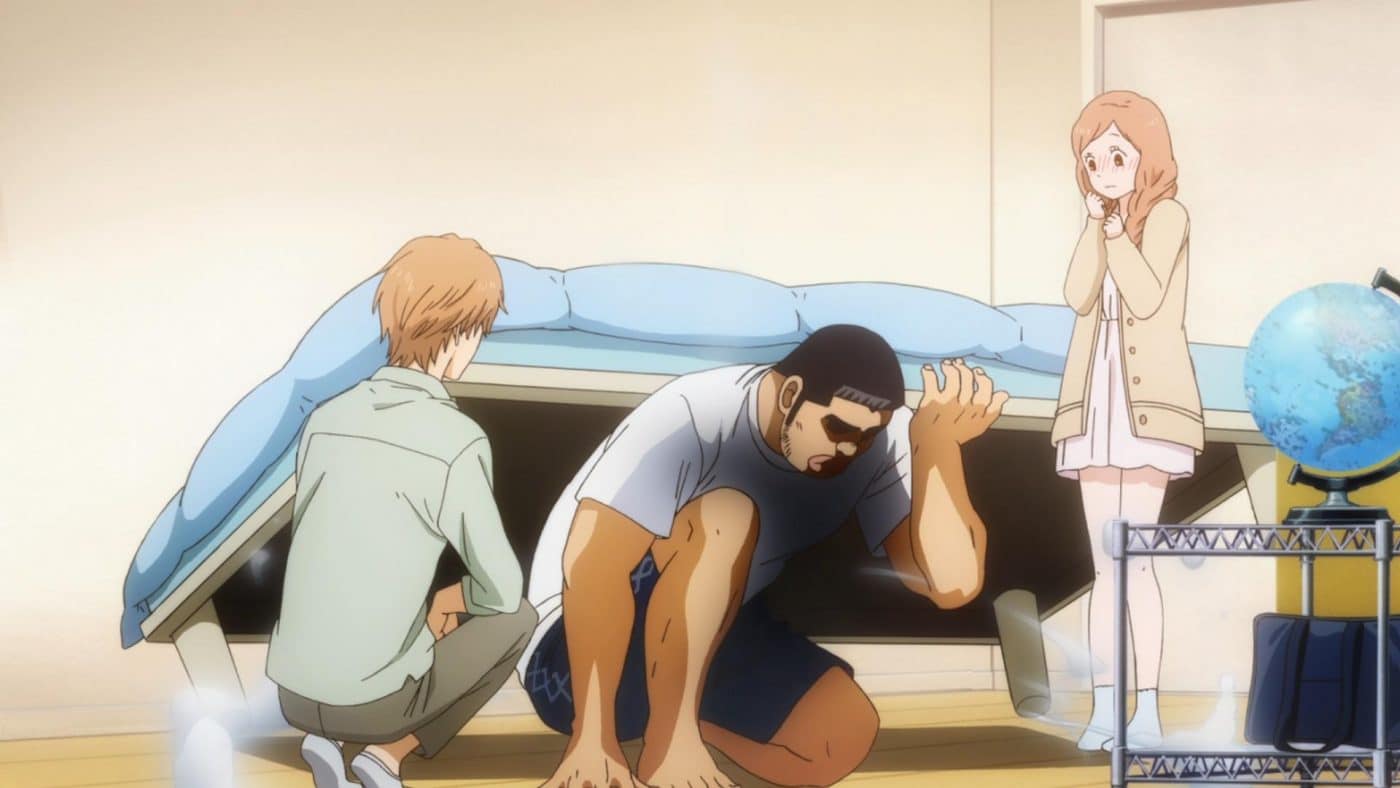 Shiawase no Arika by LOCAL CONNECT