The other races may have started it, but humanity will finish it!

No Game No Life Zero

No Game No Life 0

This film is a prequel to the series No Game No Life, but they can be watched in any order. A few references to the main series exist, but they are more like easter eggs for original viewers. Under normal circumstances, I’d tie this entry in with the main series entry I did before, but I’ve separated this page because of how different the productions are in terms of themes and style (i.e. this part being so serious as opposed to the main series’ larger fun factor).

Six-thousand years before the events of No Game No Life, the world of Disboard is engulfed in the devastation of a world war. Between the overwhelming strength of the dwarves, the warbeasts and the elves, humanity is left to cower and wait for this apocalypse to be over. However, after sending another comrade to his death in the name of survival, Riku finds the Ex-Machina Schwi. In her dangerous search for an understanding of the human heart, Schwi has been isolated from the system that every other Ex-Machina connects to. As she integrates into the surviving human colony, she sparks a new hope in Riku and the rest of humanity. Now, it seems that Riku – along with the most powerless of races on Disboard – has a plan to stop this war (and war in general) for good. But they’ll have to endure the burning ash that falls eternally from the sky and the psychopaths who don’t want to lose if they’re going to succeed. 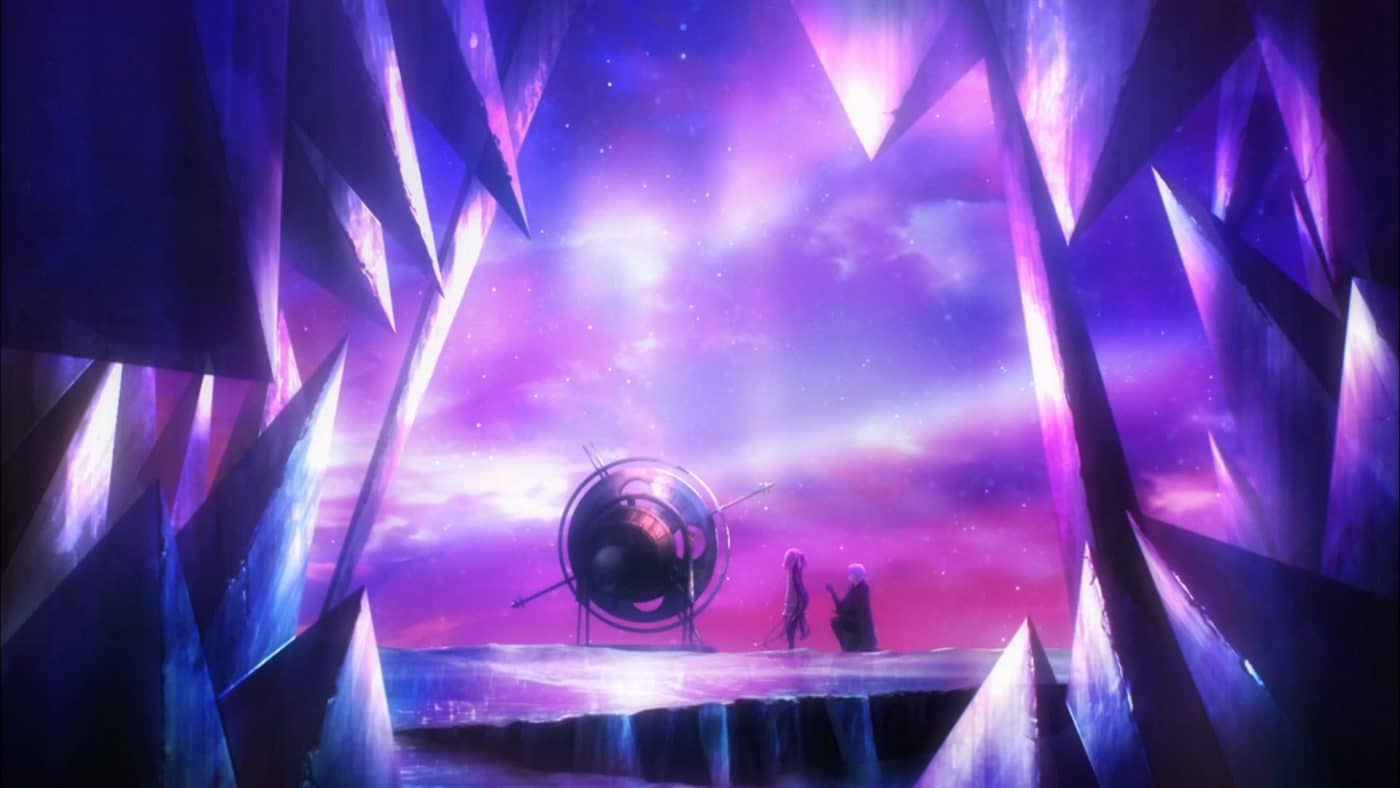 Lots of climactic fights in this include lots of explosions and skirmishes. Some blood is present during these scenes.

If unprotected humans go out into the ashen outside, their skin burns away. Since this happens a few times, there are some detailed burns on the skin on the human characters.

Some scenes depict nudity, though no breast detail is present (i.e. no nipples) and no genitalia are present. If ever shots depict full frontal nudity, the genitalia and breasts are smoothed over.

Milder references include references to perversion and a character maintaining his virginity.

Stronger references include a character describing her body as having no orifices for which another character could penetrate.

Infrequent use of ‘shit’ and a few uses of milder language (e.g. crap, damn, ass, etc.) 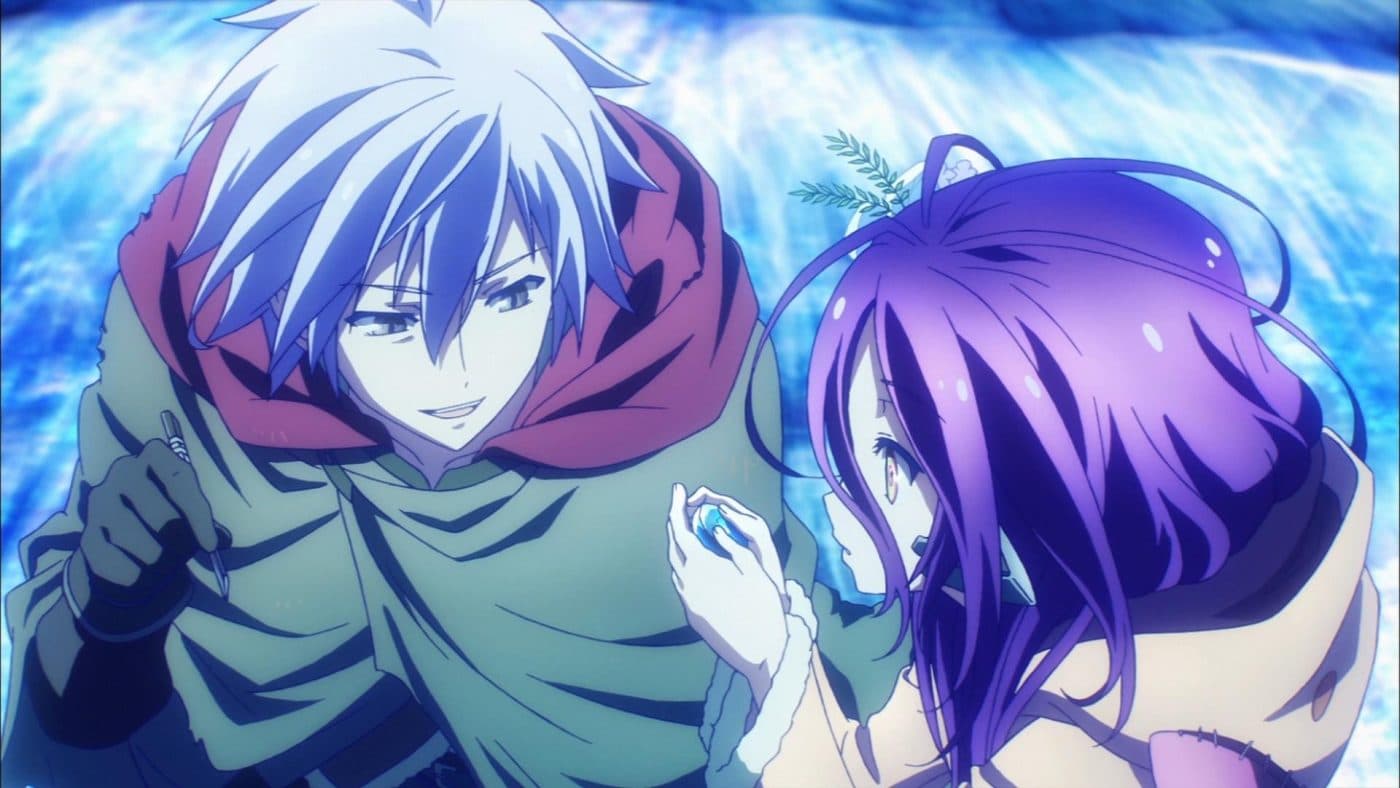 This is the difficult part. I don’t want you to see this entry as an oversized ‘DON’T WATCH THIS’ post. Equally, I don’t want to influence your opinion with a biased review – there’s a reason this website is called ‘Anime Insights’ and not ‘Anime Reviews’! In this section, I’m going to try to convey to you some of the reasons (in no particular order) that I’ve seen this film’s fans give for enjoying it!

I’ve noticed many critics and fans alike say that they found it to be a general improvement on the original series.

Accessible to newcomers and returning fans, despite being a prequel.

Not nearly as comedy-focused or fun-focused as the original series.

Drops the game-based strategies popular in the main series in favour of creating one larger, overarching strategy to tackle with their situation.

Very different from the original series, so if you liked the series, such a drastic difference might not tickle your fancy. 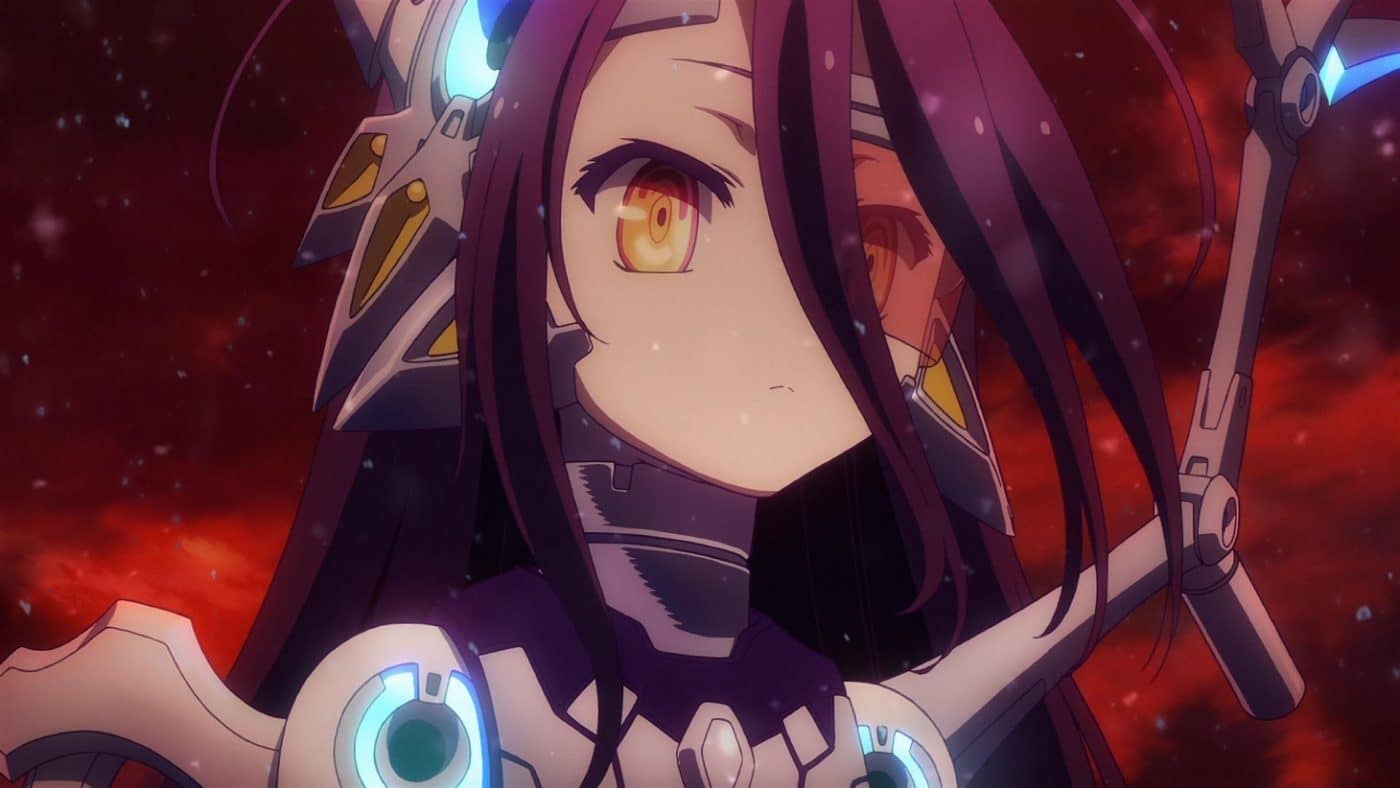 THERE IS A REASON by Konomi Suzuki

Special features most notably include a behind-the-scenes video with the staff and cast of the English Dub. The same special features are present on both the Blu-Ray and DVD versions.