13 Episodes (With the 13th Episode being extended)

Timid Naho Takamiya receives a letter one day supposedly from herself ten years in the future. Though she is initially disbelieving, she begins to reconsider her opinion when it perfectly recounts everything that happens to her that day – including the introduction of a transfer student. Naho and her friends quickly befriend new boy Kakeru Naruse, despite her letter’s wish to wait a day. As she reads on, she finds she must forgo her timidness and her questions when the letter promises to help her save Kakeru. It seems he might not be the calm, laid-back person she thought he was… 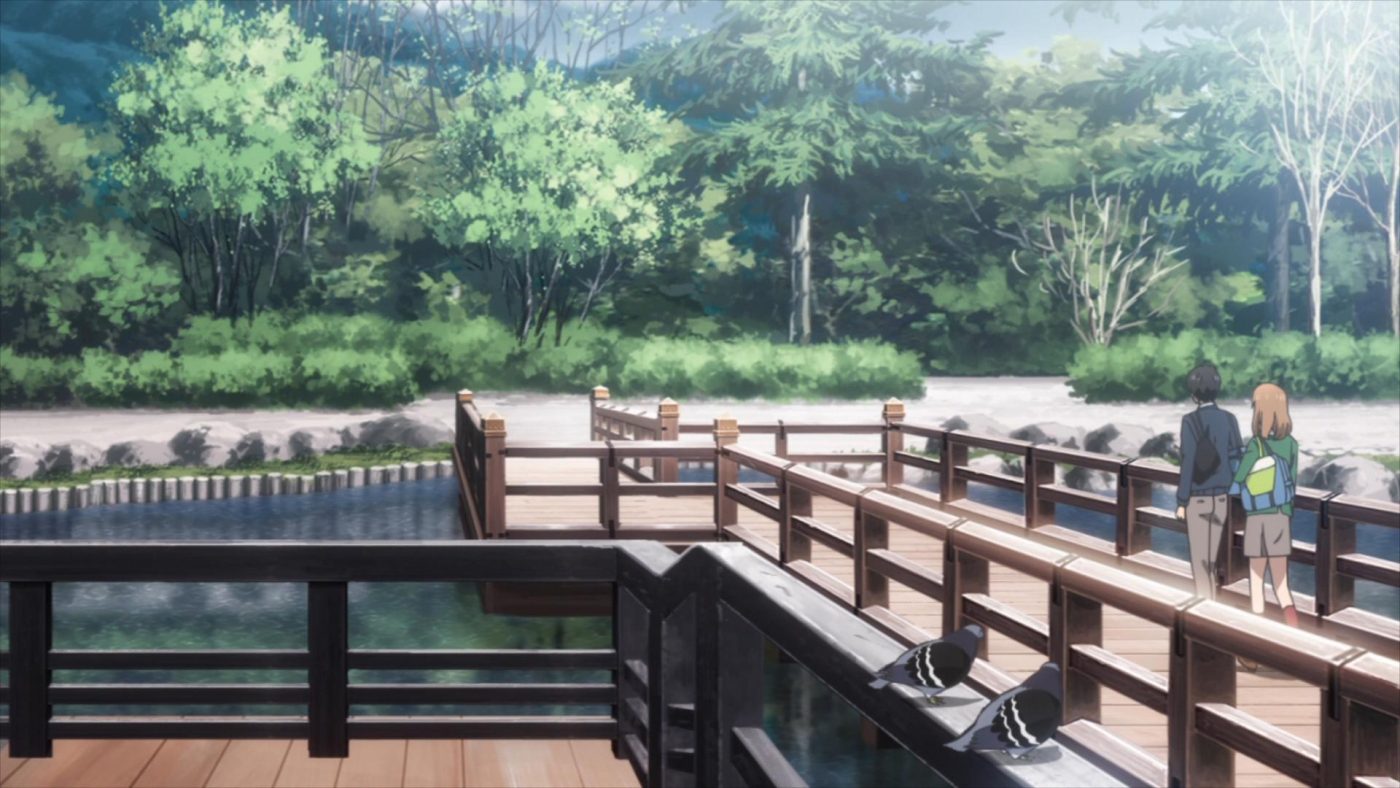 This is not a comprehensive list of every individual use of strong content, merely a guide to show you how extreme it gets and how strong it tends to be. Also, the tags I’ve given each segment (e.g. Very Strong Language) is based on my own system and does not necessarily reflect the tags the BBFC (or other national equivalent) use. I have found that the BBFC tend to be quite vague and inconsistent in their tags: ‘Moderate Nudity’ has meant that there are only a few scenes depicted, but they have breast detail. However, it has also been used to refer to a series that has lots of nudity that is very tame. According to my system, the ‘Mild’, ‘Moderate’, ‘Strong’ and ‘Very Strong’ adjectives are based on strength, not on volume. Now, obviously, the strength of any type of content is subjective; what I consider strong might just be a relaxing weekend for you. Hence, I have added an explanation for my decision to allow you to make your own informed decision.

A lot of references to suicide feature in this show. Some only go as far as implying it, while others directly reference attempts, methods or a character’s desire to kill themselves.

I say ‘Themes’, though, because it’s mostly references, but there is one scene that sort of shows it. As in, the scene shows the build up and then cuts right before death.

Okay, so this is another of those that has such mild language I forgot to note it down. As a result, this section won’t exactly be the most accurate until I rewatch it and update this entry.

At absolute worst, this series may contain infrequent uses of ‘bitch’, ‘crap’, ‘bastard’ and ‘damn’.Equally, it may not contain of the above. Again, though, I will need to confirm this.

An emotional story that handles some sensitive topics as it mixes fun (and realistic) friendships with serious drama about trying to change the future.

Often, it opts to follow the harsher theories of Time-Travel, too. If you think Time-Travel is too often glamourised, then this will provide you with a break.

As for those searching for a way into the Time-Travel genre, this is a great place to start as it isn’t too heavy on it.

For fans of Stein’s;Gate, this series sees Hiroshi Hamasaki back in one of the directors’ seats for another Time-Travel series.

Some may find Naho’s timidness overbearing, especially since it’s the cause of most of the series’ dramatic moments. Others will see it was intended: part of her character and a place for character development.

If you want to read everything, the series flashes a lot of it right past you. Having to pause all the time may annoy some viewers. However, as I mentioned in the Tips for Watching section, the most important material is either spoken out loud, on the screen for enough time, and/or is shown multiple times.

This was a show that pulled me in for its English Dub. Having been exposed to Jill Harris (Naho Takamiya) from FUNimation’s English Dub of Planetarian and Game of Laplace, I was quite excited to see another series where she was taking the lead.

Jamie Marchi was the other member of staff that brought me running to this series. As one of my favourite writers, she could bring me to any show – regardless of whether it was usually my thing or not. Now, some may note that she tends to work on comedies, having written for the famous Panty & Stocking with Garterbelt (in which she also starred) and The Devil is a Part-Timer! (where she came up with an entire language) dubs. I don’t think she gets enough credit for her work in more serious scripts (like Terror in Resonance), though, so I was eager to check out another one. 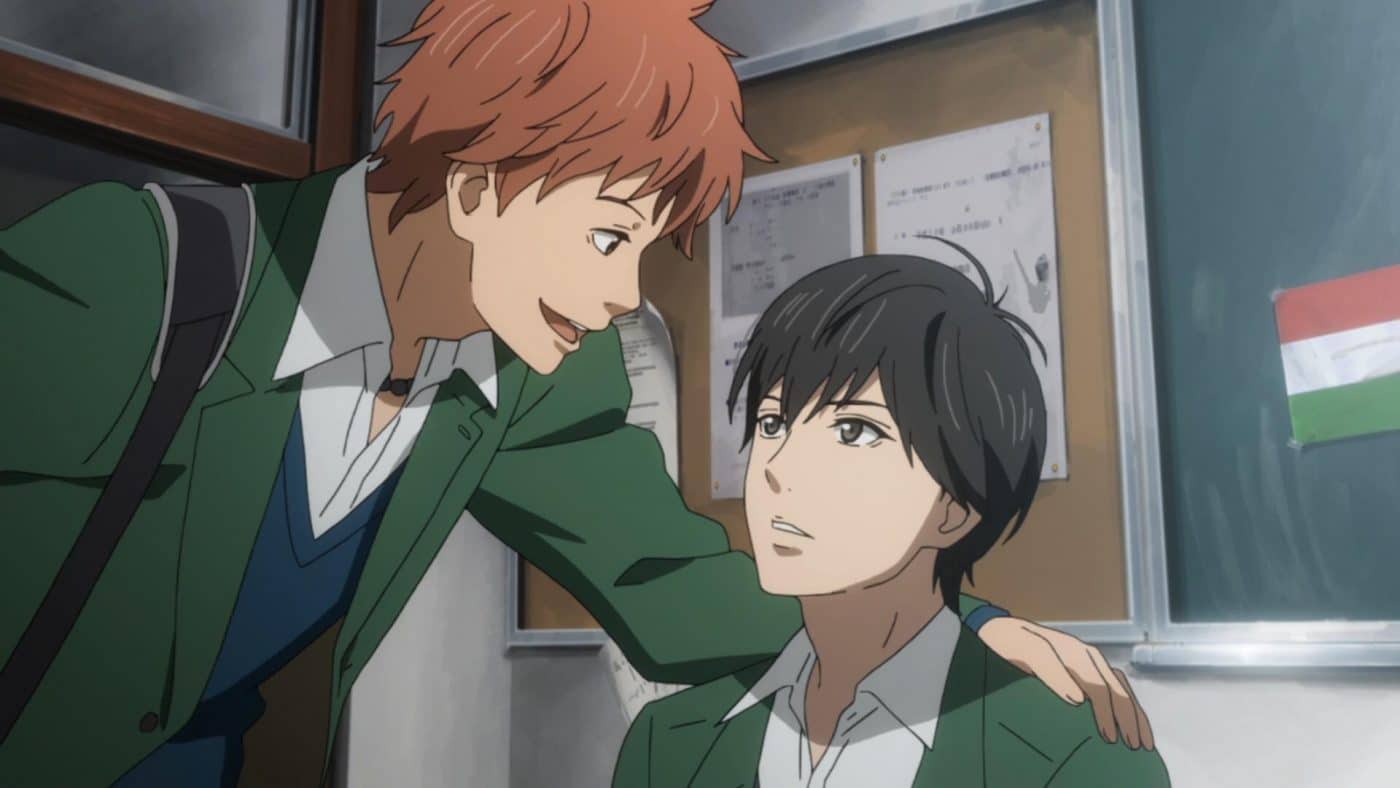 Hikari no Hahen by Yū Takahashi

Keep your finger over the pause button – you’re going to need it! If you want to read everything that is. The most important material is shown multiple times and/or is visible for a decent amount of time and/or is read out, but there is a lot of material that isn’t. Just a heads up!

For any UK fans looking to purchase this series, you’re in luck. Although it isn’t available (yet?) from any UK publisher, FUNimation’s release contains the series on Blu-Ray Region A|B and DVD Region 1|2|4. The DVDs are NTSC, but most European DVD Players are compatible with it as long as it’s still Region 2. Same goes for Australian fans seeking the release, except that you’ll be looking for that sweet Region 4 tag on the DVDs. Of course, if you don’t mind, you could always use a computer, since they aren’t region dependent when it comes to DVDs.