Disgraced angels try to find their way back into Heaven

Angel sisters Panty and Stocking Anarchy have been kicked out of Heaven for bad behaviour, but they’ve been offered a way back in. All they have to do is collect Heaven Coins, which are dropped when defeating so-called ‘Ghosts’ that possess troubled people. Doesn’t sound too difficult, considering their angelic powers, however, it’s sex-obsessed Panty’s excessive sex quota and goth Stocking’s bottomless sugar cravings that mostly keep them from devoting much energy to their missions. Thankfully, Priest Garterbelt and his questionable morals are around to keep them on task. But when demon sisters start meddling in the trio’s lives, they might just have to get off the sofa and join a local school nerd in stopping the city’s newest villains and their sadistic master. 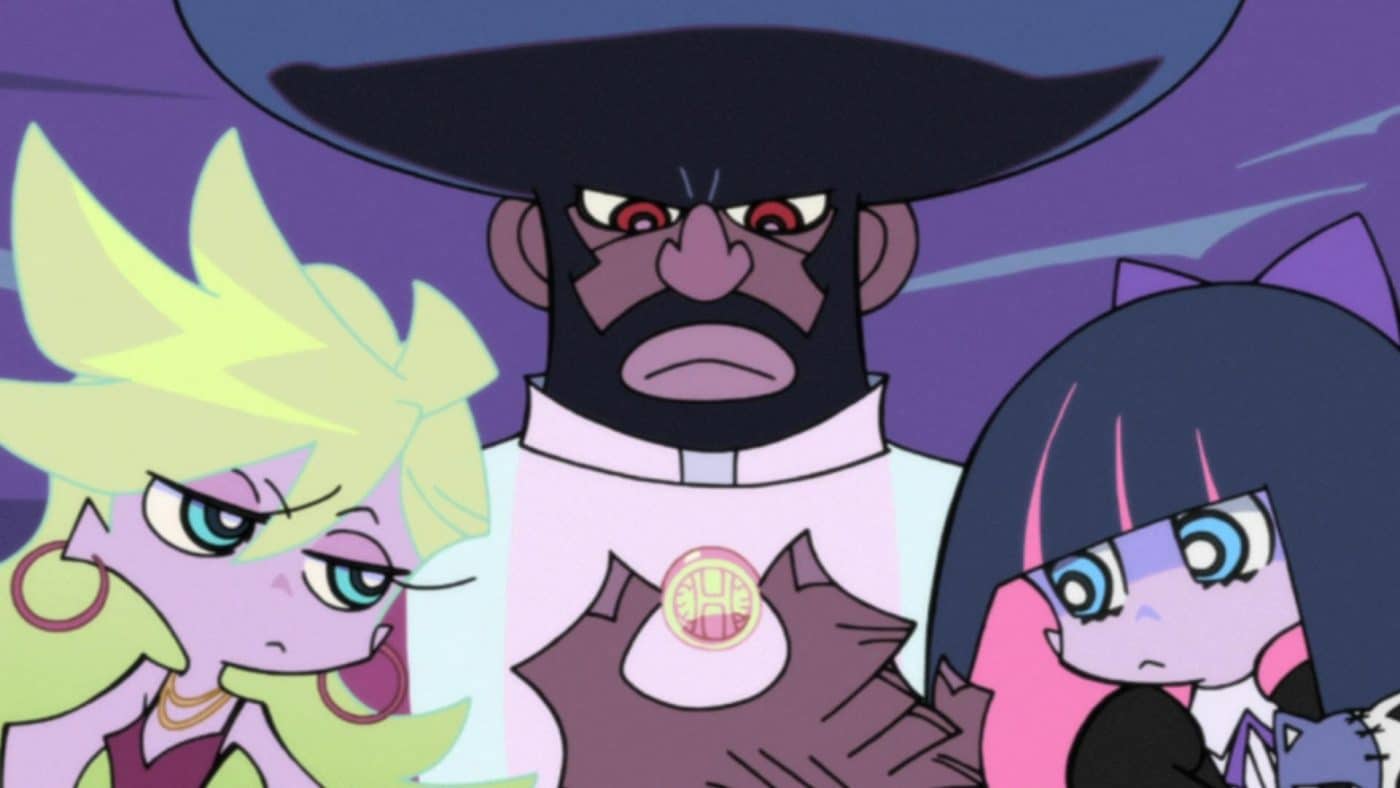 This series is smothered in strong language. A compilation was released that only consisted of the different uses of the word ‘fuck’ in the show and it lasted for more than four minutes. No joke.

Frequent uses of ‘Shit’, ‘Fuck’, ‘Motherfucker’ (which is even part of the main duo’s catchphrase), ‘Cunt’ and other milder terms (e.g. crap, damn, etc.).

Extremely frequent explicit references litter the series. This is unsurprising considering one of the protagonists is a shameless sex addict. Whether it be positions, what does it for them and everything inbetween, this show probably covers it.

Lots of organs being eaten and removed and many gruesome scenes of guts being squeezed out of Chuck. Little blood is depicted during these scenes and the organs are drawn in a style reminiscent of American cartoons (as is the rest of the show). As such, the gore is never shown in a particularly disturbing or frightening way, but rather in a comically twisted way.

While there are a fair few action sequences, the fights are pretty tame, with a focus on making them fun and comical. Bloodloss is low, save for a few bleeding noses.

There are a few scenes throughout that depict characters nude, however they generally lack detail (i.e. no nipple detail is present and no genitals are ever shown, despite the incredible number of references to them).

Any and all of its few scenes of extreme nudity are censored via either the environment, the camera angle or solid black bars.

One episode covering Garterbelt’s past depicts him snorting cocaine in a scene that is reminiscent of ‘Scarface’. Some other scenes and episodes also depict drugs and use or imply their use, but none are as blatant as this.

A few comically portrayed sex scenes are mostly censored by black bars. However, moaning and the movements are still present. Some scenes and episodes depict the sex using ‘artistic replacements’, such as a Transformers parody during one episode showing one bot literally screwing another with a screwdriver in place of their penis. The dialogue makes it very clear what’s happening, though!

This is a category I invented just now because I can’t think of where else to put this.

Some scenes depict masses of vomit and faeces that flood streets and cover people. The scenes are intended as gross-out humour and are generally depicted in the same American cartoon style, but to anyone else, this is just vile content. I felt I should give the warning here, just in case. 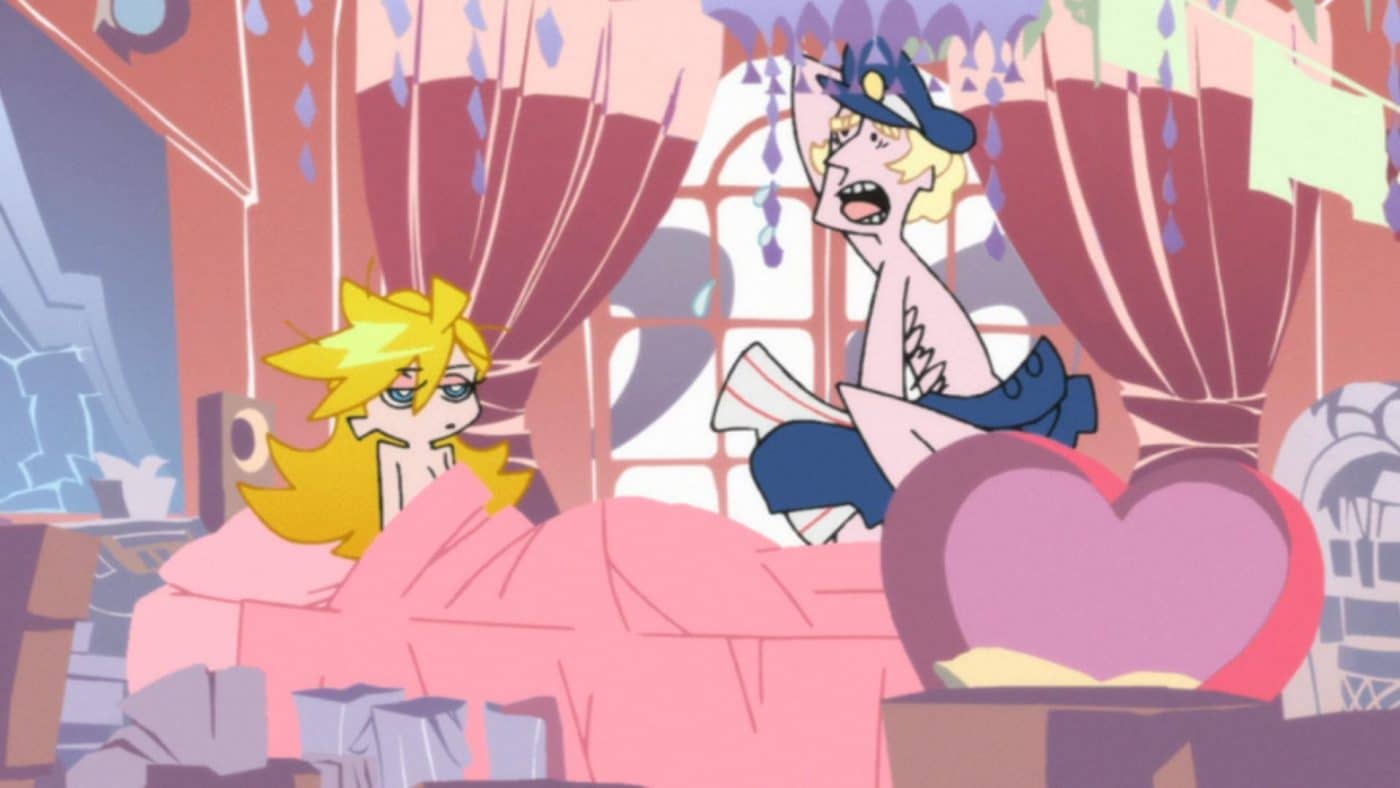 Extremely stylistic and comically unique for anime. If you feel like you’ve seen everything anime has to offer – you were grossly mistaken. And, yes, I mean ‘grossly’ literally; it’s as extreme in its comedy as it is unique!

For those trying to get into anime, this show won’t provide as much of a visual change from your average cartoon (except that this one is actually well animated). The series is presented in a style reminiscent of American cartoons, with producer Hiromi Wakabayashi having cited ‘Power Puff Girls’ and ‘Drawn Together’ as its biggest influences.

If you came from American cartoons like ‘Drawn Together’ (one of the major inspirations of this show), then this show is an excellent exploration into how far comedy can be pushed and still make it onto Japanese television. This is also one of those rare shows where you don’t have to be embarrassed to like the dub, considering most elitists even believe the dub to be better.

Most references are to American shows, allowing newcomers to experience the parodies that are rampant in comedy anime, but not feel as lost hearing them.

If gross-out humour or dark humour isn’t your thing, this show will just appear completely crude and over-the-top disgusting.

The show has been criticised by some fans for attempting to bring together a less-than-stellar plot in the last few episodes, and in the process, lose much of its comedic value.

The plot-twist revealed at the very end of the show, while typical of animation studio GAINAX’s work, leaves the show on a severe cliff-hanger.

If you are looking for a typical anime-styled piece, this won’t work. Although it has a few brief scenes of typical anime-style animation and character designs (namely the transformations) it’s almost entirely presented in its cartoon-y art style.

Some references are to other anime and Japanese TV series, one memorable example being the episode ‘…of the dead’ which is a parody of the zombie anime and manga series ‘Highschool of the Dead’. As such, a few references may fly over viewers’ heads.

My love of Jamie Marchi’s scripts compels me to point out the fantastic English Dub script. As mentioned above, this show’s dub was deemed so good that even many sub elitists believe that the dub is better. If you’ve read previous entries on this website where the ADR Script was written by Jamie Marchi (e.g. Prison School and WorldEnd), you’ll have heard me ramble on about my love for her brilliant scripts. Whether it’s dark comedy or sentimental drama, I think she’s an excellent scriptwriter. 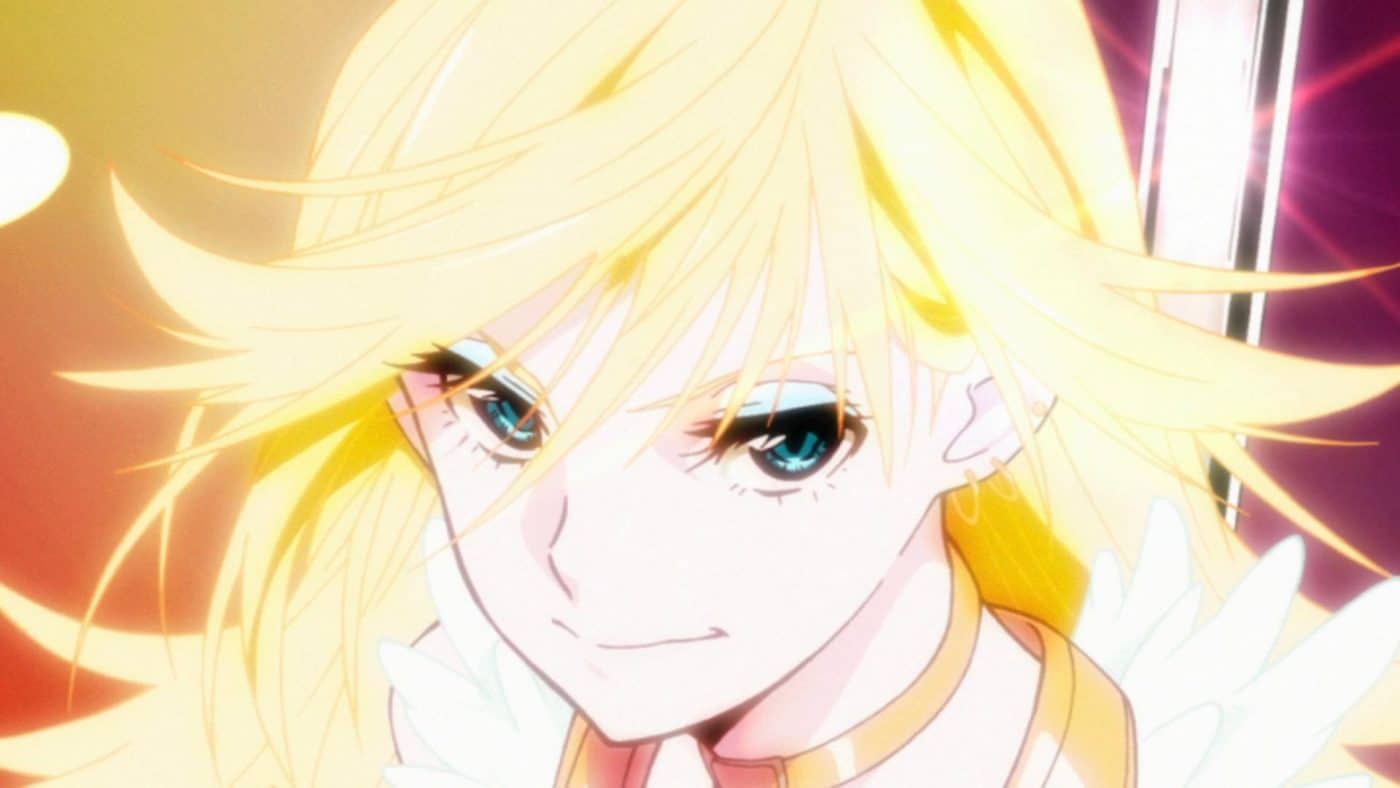 Although she is credited in the ending credits as ‘Aimee B’ the singer is more commonly known as ‘Aimee Blackschleger’. She has often performed on vocal tracks for famed composer Hiroyuki Sawano’s soundtracks, such as Kill La Kill’s ‘Light Your Heart Up’ and Attack on Titan’s ‘DOA’.

This was the last show director Hiroyuki Imaishi worked on with animation studio GAINAX before co-founding studio TRIGGER.