~reverie of a little planet~

~storyteller of the stars~

Sarcophagus City is devoid of life. The Junker enters to search for valuable loot and the like in order to survive in the post-apocalyptic world the eternal rain has left him in. However, as he scans for a rare bottle of alcohol, he is chased by the city’s defending robots onto the roof of a large, decrepit department store. Inside, he is greeted by a cheerful humanoid robot named Yumemi Hoshino. In this rooftop planetarium that hasn’t seen a visitor in nearly thirty years, the Junker finds that not only does it miraculously still have electricity, but it also has a projector that can show him what nobody has seen in who knows how long: the stars. The only problem is that it’s not exactly in the best condition… 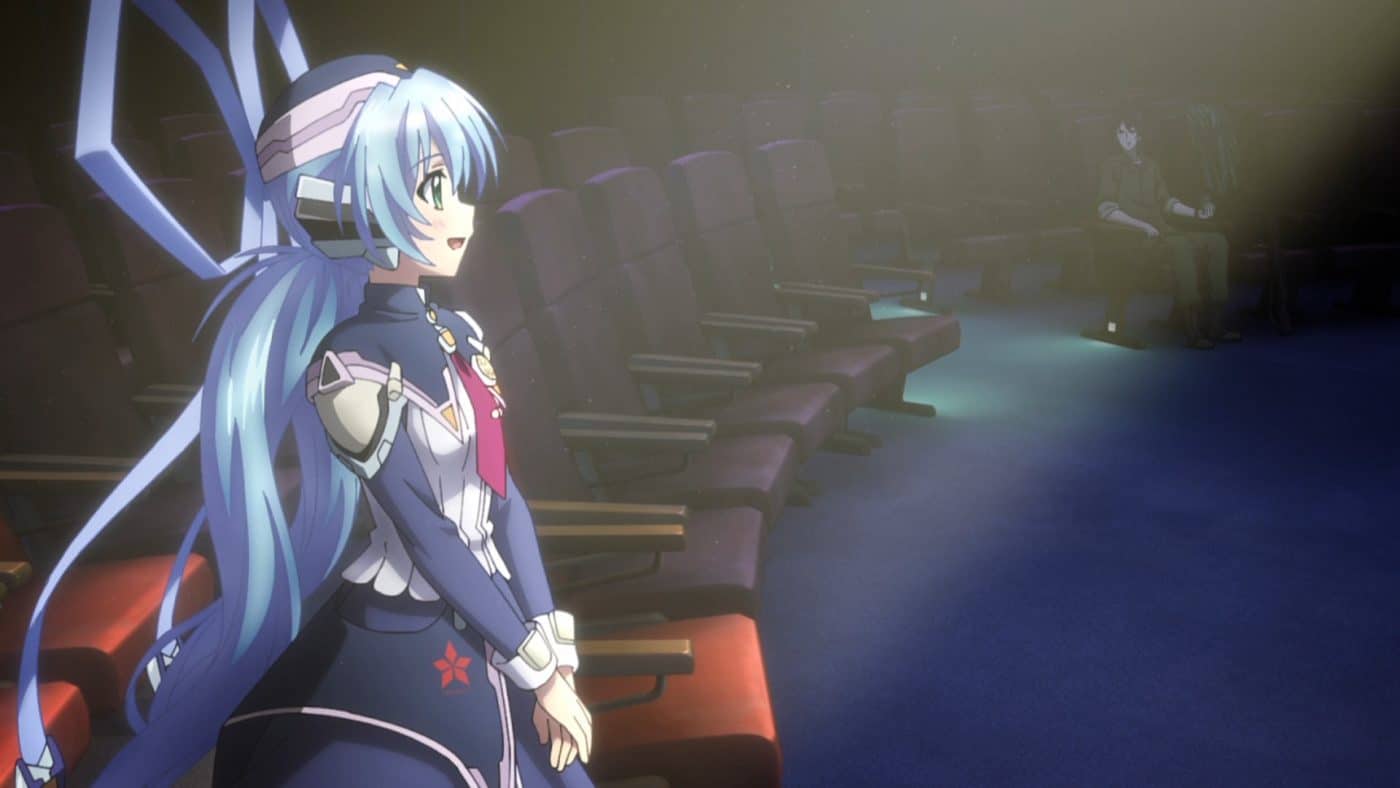 Please also note that the lack of a ‘colourful’ language category here is based on FUNimation’s English Dub. The Japanese Dub may (and probably does) differ.

The series is bookended by some gunfights between the protagonist and some robots. This is the most common violent depictions. They are mild and don’t depict any bloodshed.

However, a later scene leads to a character breaking their leg. No injury detail is present as the leg is covered by their trousers. Another scene depicts a character being inadvertently struck by an explosive trap. At its most extreme, the show depicts some robots losing parts during fights. Due to them being robots, there is no flesh or blood. 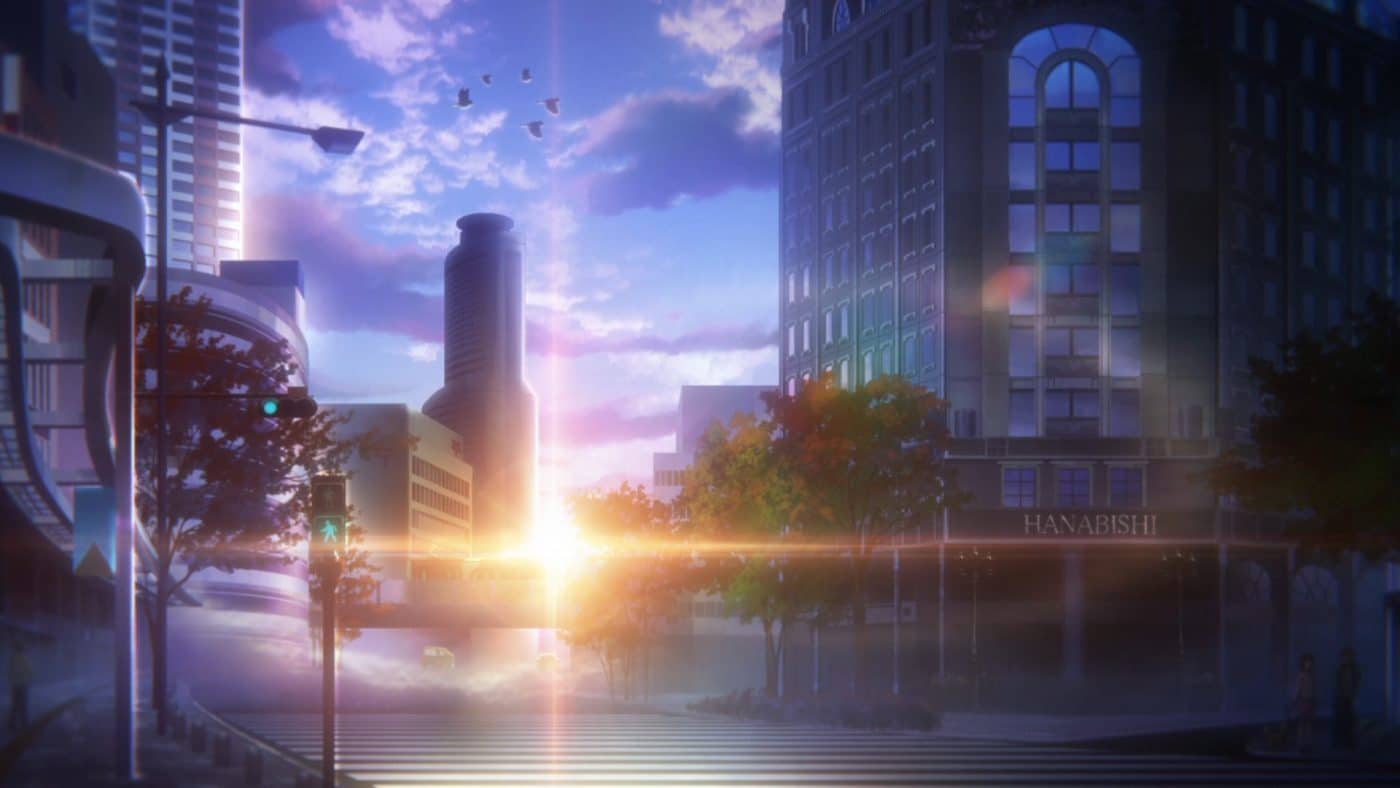 A short tear jerker at just over an hour and a half for the series and just under two hours for the film.

Based on a visual novel** by ‘Key’ – a developer famous for their tear jerkers.

Thanks to the lack of objectionable content, the anime is very accessible to a wide audience. It’s also light on the sci-fi buzzwords, and when it does use them, it isn’t necessary to understand them as they are either used to comedic effect or the situation will be clear to the audience regardless. Therefore, the anime is great for sci-fi fans, non-sci-fi fans and any who are interested in getting into sci-fi/robots.

Some viewers may find Yumemi’s near-monotone voice and regular, repetitive comments obnoxious. It should be noted that this is deliberate and intended to create an authentic robotic personality. However, it’s not meant to be seen as obnoxious… 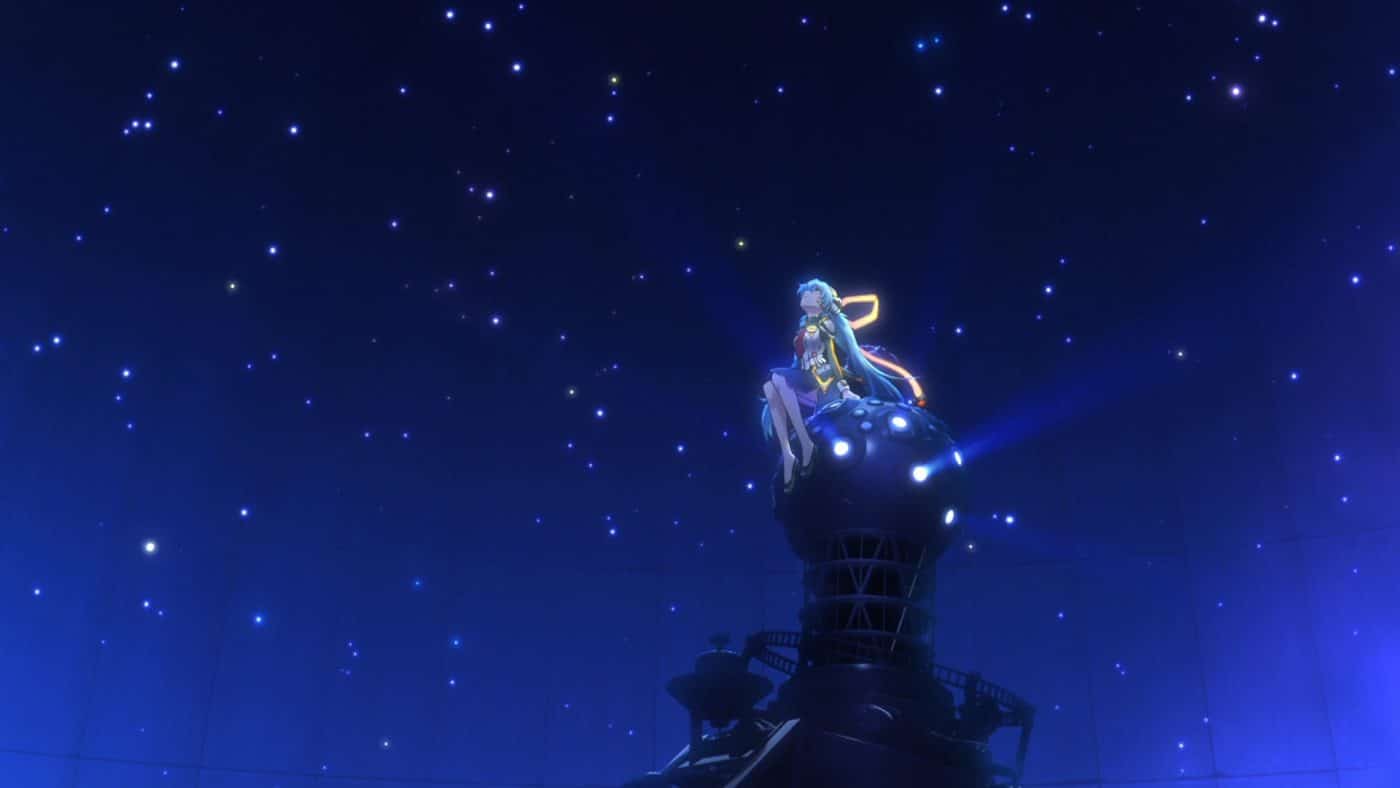 Hoshi no Fune by Lia (Movie)

Things to Look Out For:

The film sequel has a hefty helping of recap throughout, meaning viewers may want to have the skip button at the ready should they be watching shortly after the series and/or don’t wish to see it.

In the credits of FUNimation’s release, the protagonist is referred to as ‘Junker’ and old Junker as ‘Storyteller’. To avoid confusion, I have done the same, although his real name is ‘Kuzuya’.

Tamio Ohki as Storyteller (Movie Only)

Kenny Green as Storyteller (Movie Only)

*ONA stands for Original Net Animation. These are essentially the equivalent of an Anime web series. FUNimation refers to these as OVAs (Original Video Animation) but, officially speaking, they are ONAs.

**Visual Novels are very basic computer games wherein the player is presented with character sprites, a backdrop and a textbox. Their goal is to advance through the story (some of which can be over 50 hours!) and occasionally make decisions from a list of choices that may change the outcome of said story. Visual Novels with no decisions are called Kinetic Novels.