Seven show up to an exclusive meeting of six

Rokka: Braves of the Six Flowers

When the Demon God awakens, the Goddess of Fate brands six warriors with the crest of six flowers, tasking them to defeat it. Adlet Myer – the self-proclaimed ‘strongest man in the world’ – is chosen as one of these six blessed braves. He travels to the meeting point of the so-called ‘braves of the six flowers’ with a princess and some others he meets along the way. However, when they arrive, not only is there a fog barrier confining them to a temple and its surrounding forest, but seven crested braves show up. The worst part is that they’re convinced Adlet is the fake siding with their enemy… 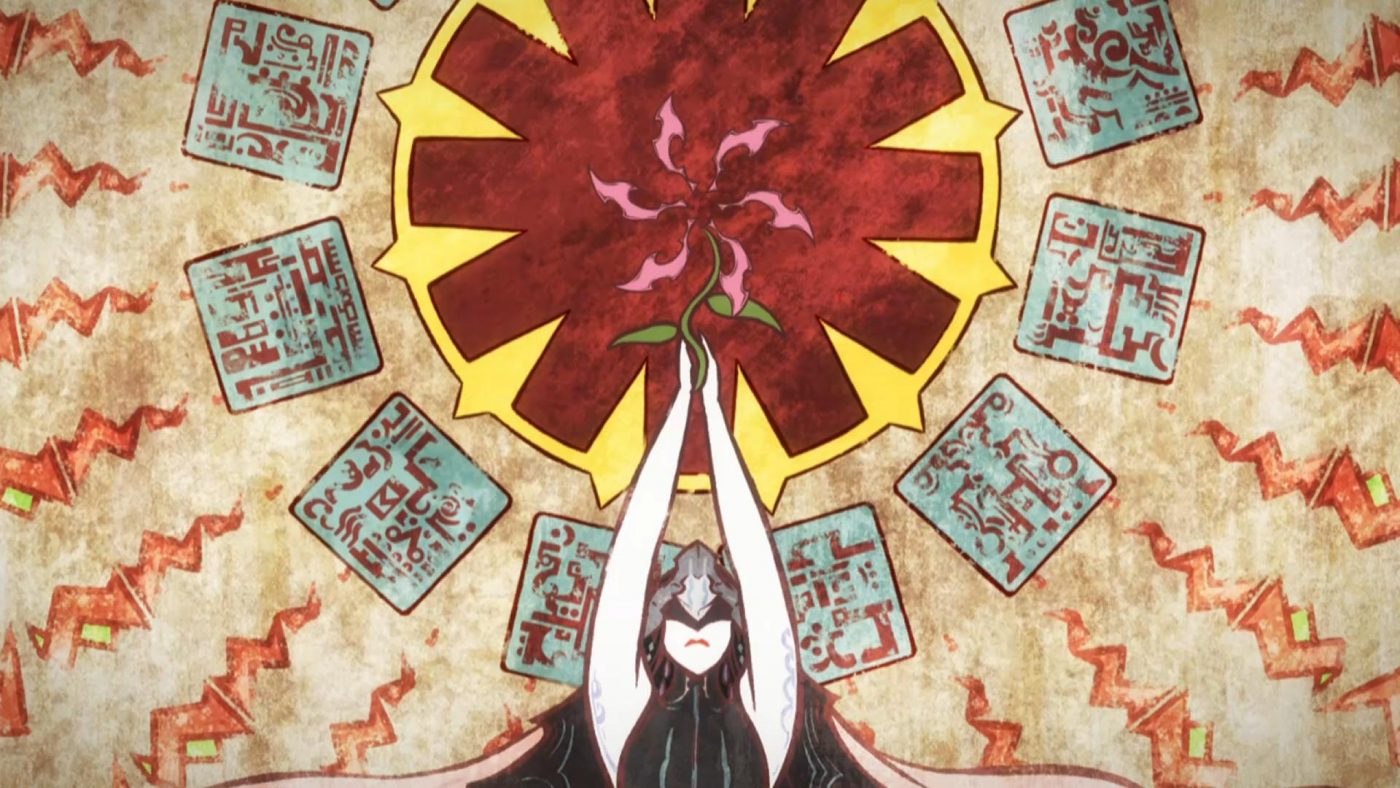 Some references to breasts, but no nudity is shown. Cleavage is present, but the characters remain fully clothed.

A scene shows one of the male characters getting embarrassed and averting his eyes when a female character asks them to check the crest on their chest.

After episode four, there is less of this as it is mostly present when the Fiends show up.

Quite a number of action scenes that are quite bloody when the Fiends are involved. Lots of bloody slashes, etc.

After the aforementioned episode four, the action scenes generally become less bloody. At this point, they mostly feature weapon clashes and some more minor wounds.

As with the above, after episode four, most of the gore vanishes as the Fiends show up less.

A fair few Fiend decapitations which sometimes show the vacant neck, although they don’t tend to show a great deal of detail and are quite brief.

In a similar vein (pun not intended) a brief scene shows a human character’s neck being split apart, but again, there isn’t much flesh detail.

The most extreme scene stars one large Fiend getting cut open and a character putting their hands inside to pull something out. 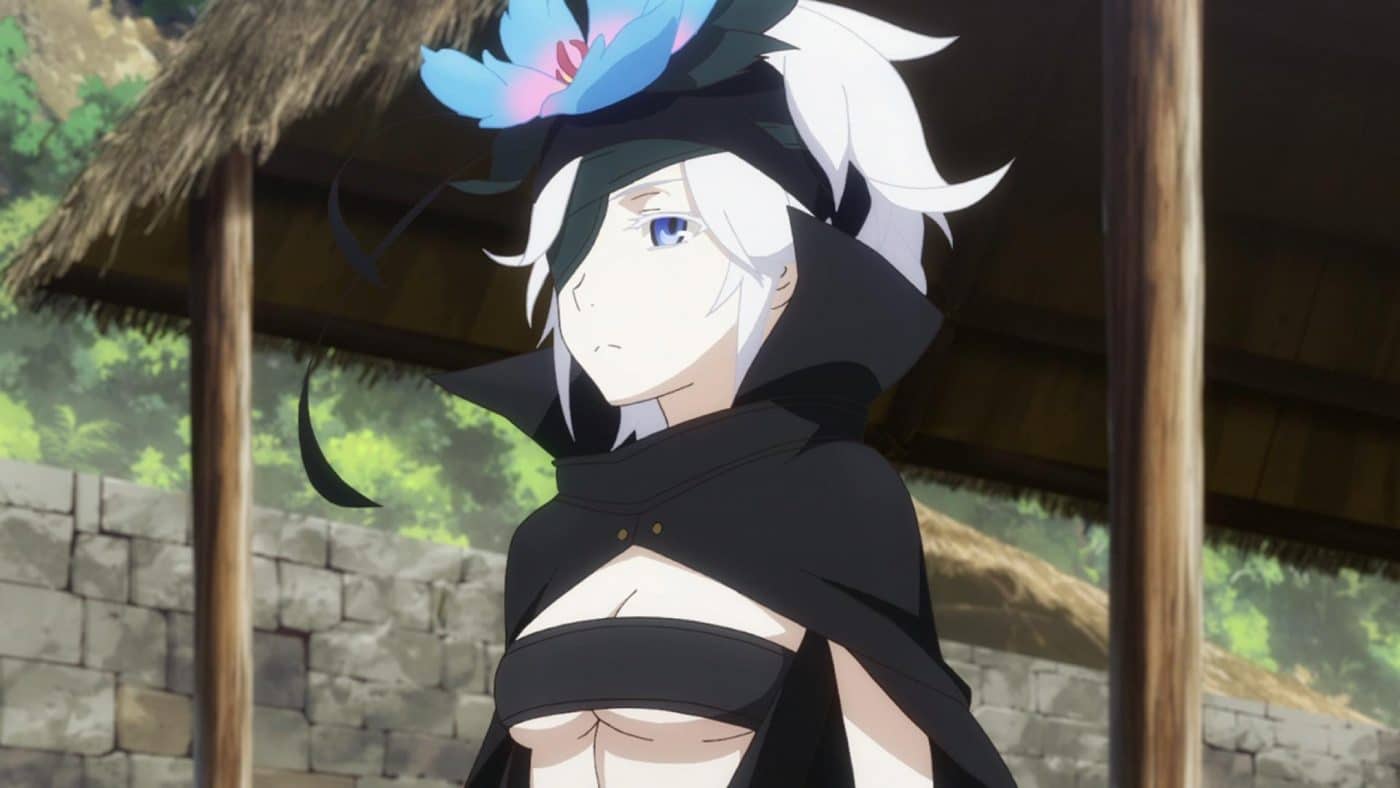 A tough mystery with high production values from a director who has been repeatedly praised for his direction and ability to make shows work.

The mystery is actually one that you solve alongside the characters and is as much about how they did it as it is about who did it.

It’s also a rare fantasy-mystery that doesn’t rely on saying ‘this person has infinite magical power, so of course they could do this’ because it actually limits each magically viable character to only having one type of magic.

It drops its initial plot line of going to defeat the demon god after episode four, opting instead to focus on its mystery. This may drop some of its viewers who were expecting more of the adventure.

Conversely, any viewers exclusively in it for the mystery, the first four adventure episodes may put them off.

Adlet’s catchphrase of being the strongest man in the world may grate on some people’s patience.

The 3D in this is quite obvious and may spoil the immersion of some viewers. I should point out that it’s used mainly for the Fiends, so as has become the catchphrase of this entry, after episode four, it’s less present.

At the time of uploading this (29/08/2018), the English dub is only available on Anime Limited’s UK release. Incidentally, the UK version also contains the series with a rare extra language option as it can also be viewed with the French dub or in Japanese with French subtitles. The American version only contains the series in Japanese with English or Spanish subtitles.

For some reason, Bang Zoom! Entertainment never revealed who their ADR Director or ADR Scriptwriter was, so I can’t fill it in.