On Mermaid Island, arousal is the ultimate weapon...apparently

Welcome to Mermaid Island: an artificial island designed to quarantine all those who have been infected with a recently-discovered virus. It’s called the Arms Virus and the effects have split its infected into either the ‘Extar’ or ‘Liberator’ groups. However, this is not a story of segregation – rather, it is a story of their unions. Though not at will, Extars have the ability to transform into weapons. This ability can only take effect if they are sexually stimulated by a Liberator. It was because this deadly combination was exploited that the infected were banished, and among the banished is homesick Mamori Tokonome. She awakens on the beach and is immediately challenged by some of its sunbathing occupants. Luckily, she is aided by Mirei Shikishima, a quiet ex-soldier who seems rather adept at wielding Mamori. Together, they must stave off kidnappers who are set on marrying Mamori off, protect a remote village and investigate the island’s leader and the only male infected. Will they succeed? And if they do, can they find a way off the island and back to civilisation? 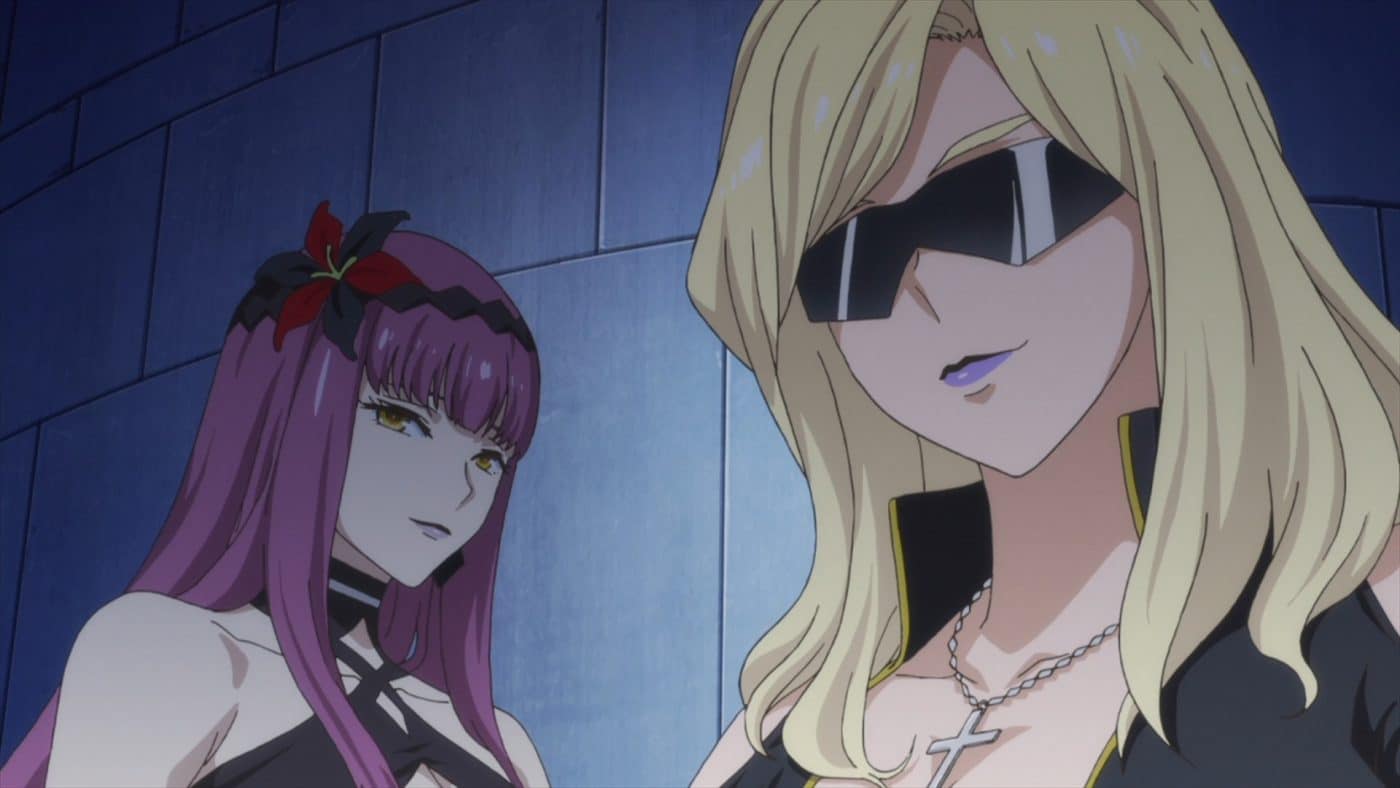 Lots of implied sex scenes, sexual acts, orgasms and sexual moaning – this is one of the more extreme ecchi* series out there! What it lacks in spoken references, it makes up for in noises and implications.

Despite a substantial amount of nudity, the series doesn’t go as far as you might expect. There is no genital detail, but lots of nipple detail (and when I say lots, I mean lots). There are even some scenes that focus entirely on nipples swelling!

Considering the characters transform their partners into weapons by basically making them orgasm, it should come as no surprise that I’ve tagged it this way. That being said, the scenes aren’t especially explicit – it’s mostly implied.

The six specials do contain some slightly more risqué material, though. One such moment being a ’69’ (again, not especially explicit).

A number of action scenes, most of which don’t have any blood. In the scenes it is present, there isn’t much of it.

There is some bruising (if that means anything) but most of it is just weapons colliding.

Great production values (great artwork and animation) for those after something more visually pleasing.

Lots of impressively animated fanservice with attention to detail and body diversity (there’s even a character with inverted nipples!)

If you like big-busted lesbians, then this show is more likely to be right up your street!

This show will mostly appeal to those who want lots of fanservice, so if you’re only in it for the story, you will have to put up with a lot of nudity!

The vast majority of the characters have large breasts, so those who prefer something small/flat or more moderate will be disappointed at the low number of said characters. 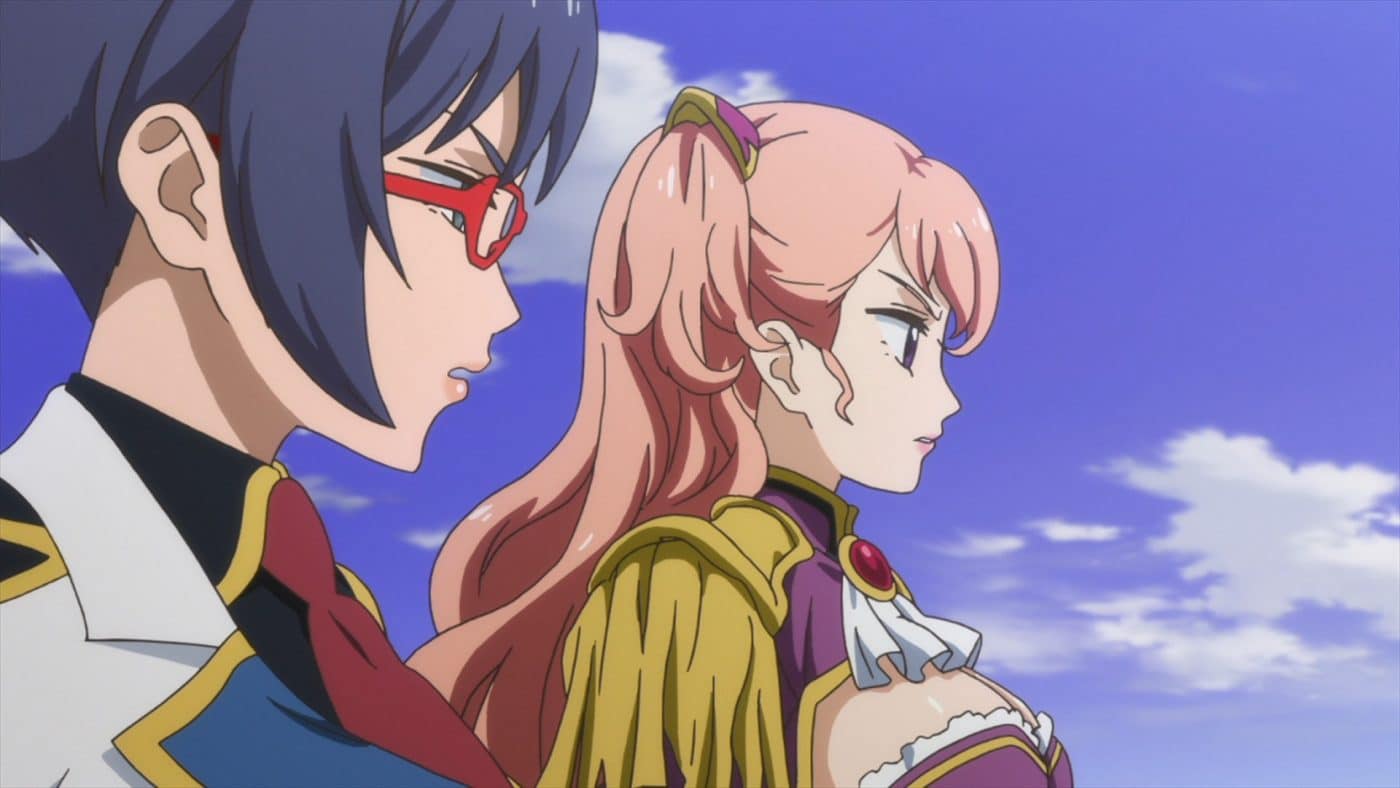 The FUNimation’s American release of the show contains six specials and an English Dub episode commentary. These special features are only available on the Blu-Ray.

Although as of [24/12/2019] the series has not yet been released in the UK and it is not known who has licensed it, the show has been passed through the BBFC (British Board of Film Classification), so it is known that some company has it! However, the BBFC already announced that the show woud have to be cut down significantly from its original (and FUNimation’s) release to pass. The show may simply be censored, blacked out or perhaps removed completely. Nobody but them know…

FUNimation’s release is Blu-Ray Region A and DVD Region 1 NTSC, meaning that multi-region players/software will be required to watch it in the UK or Australia.

*Ecchi is anime’s version of softcore pornography. Though sex scenes and even pixilated genitalia can be present, it’s rare (particularly in the genitalia department). It’s much more common for Ecchi anime to contain less explicit detail. In this case, nipple detail and implied sex scenes are both present.

**Yuri literally translates to ‘Lily’ and refers to all kinds of lesbian relationships. In the west, Yuri usually refers to more erotic and sexual lesbian relationships, instead opting to use the term ‘shoujo-ai’ (literally ‘girls love’) to refer to non-sexual relationships (like the ones in Sakura Trick). Initially, I was going to apply the ‘shoujo-ai’ tag to this, but upon further deliberation I decided to use the official Japanese term. Mostly, I did this because, while ‘shoujo-ai’ is an American term using Japanese words, the official Japanese implications for ‘shoujo-ai’ literature are very different. And when I say different, I mean the kind of different I wouldn’t recommend doing an image/video search of if you enjoyed having friends and a job. If you don’t have either of those and are going to try it anyway, then I hear prison is a great way to meet new people! (Please note that, if you’re in one of the western countries, you can go ahead and search for it, because the results will use the American meaning of the term).

We Without Wings – under the innocent sky