Fairy weapons develop the will to live and suffer the consequences

WorldEnd: What are you doing at the end of the world? Are you busy? Will you save us?

What do you do at the end of the world? Are you busy? Will you save us?

What are you doing at the end of the world? Are you busy? Can you save me?

Willem Kmetsch is the last surviving human of the apocalypse. Frozen for five hundred years, he’s thawed and he’s looking for work. He is soon hired as the caretaker of a weapon’s storehouse, but when he shows up on his first day, he doesn’t find the weapons he was expecting. Instead, he finds Leprechauns: fairies that wield special weapons to defeat the seventeen beasts of the apocalypse. Inspired by his life before his petrification, he takes care of these fearless humanoids as he learns what happened while he was unavailable. However, the oldest of the living weapons, Chtholly, is developing the will to live, and it’s starting to affect her mentally… 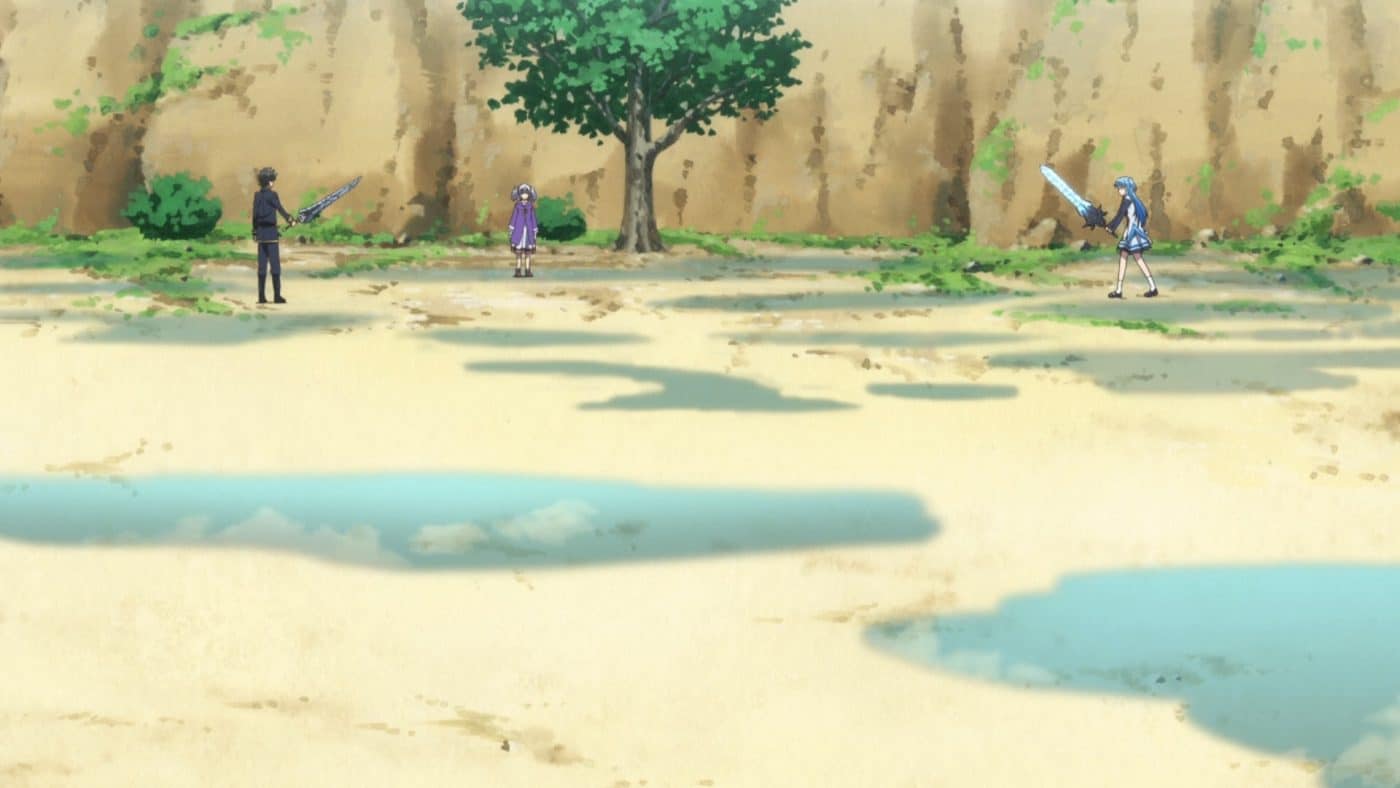 A fair share of bloody battles with a hefty dose of creature blood following most strikes.

There are a few scenes which show blood spatters from humans, too, as well as blood on some of the people.

Some scenes depict the remainders of a monster after having appendages cut off. You can briefly see inside some of these.

The mental disintegration depictions may frighten some viewers with their visual glitches, distortion, music and the textbook little-girl-in-your-ear.

As below, this is mostly presented by the light moaning during the massage scenes.

This is mostly presented through massage scenes that, as mentioned above, feature some light moans. No nipple detail is present.

One scene has a character reveal that they considered suicide. 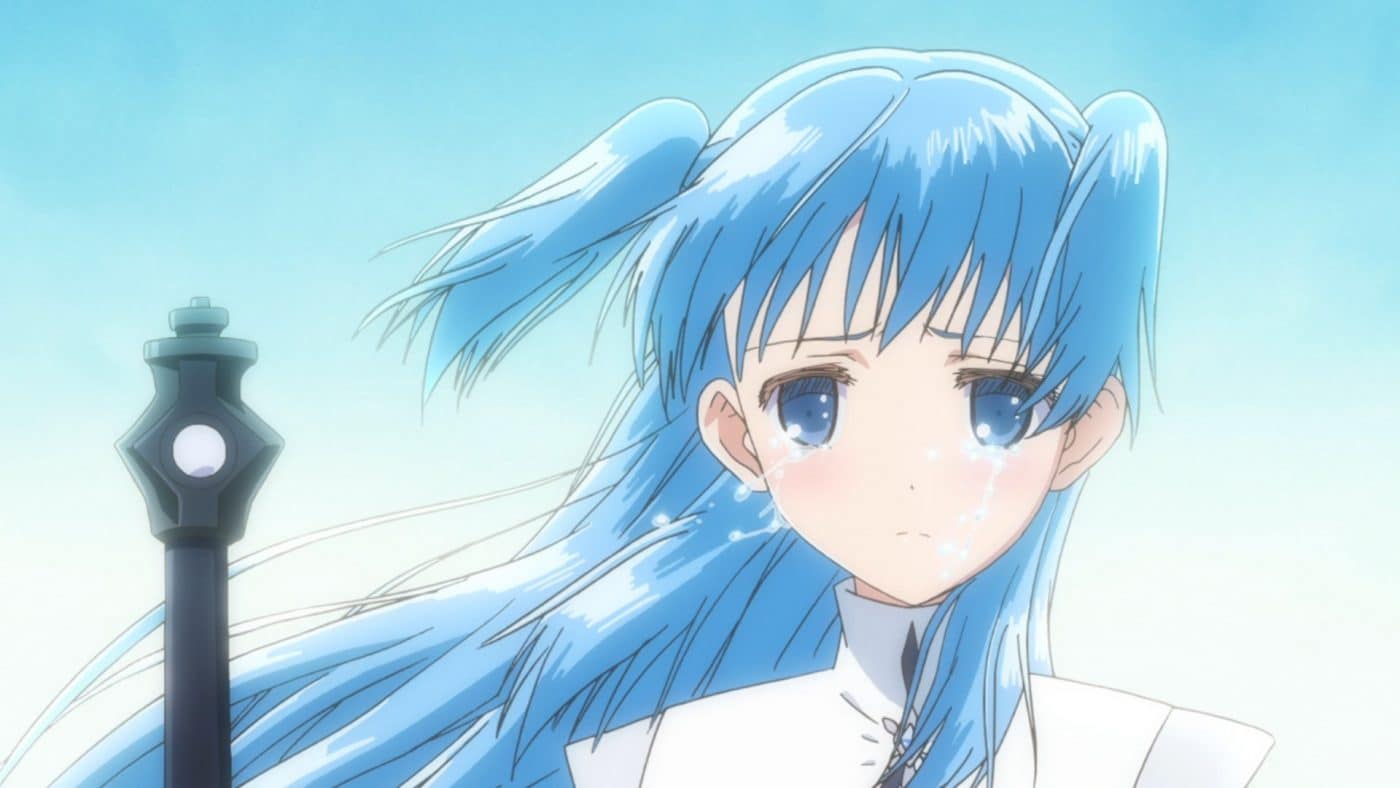 A tearjerker with very good production values (i.e. artwork and animation). Although, whether it will actually make you cry is something I can’t predict!

This show surprised critics and viewers alike with its writing and emotional depth. Most were likely thrown off by the extensive title!

For those only after a tearjerker, it may be too bloody. 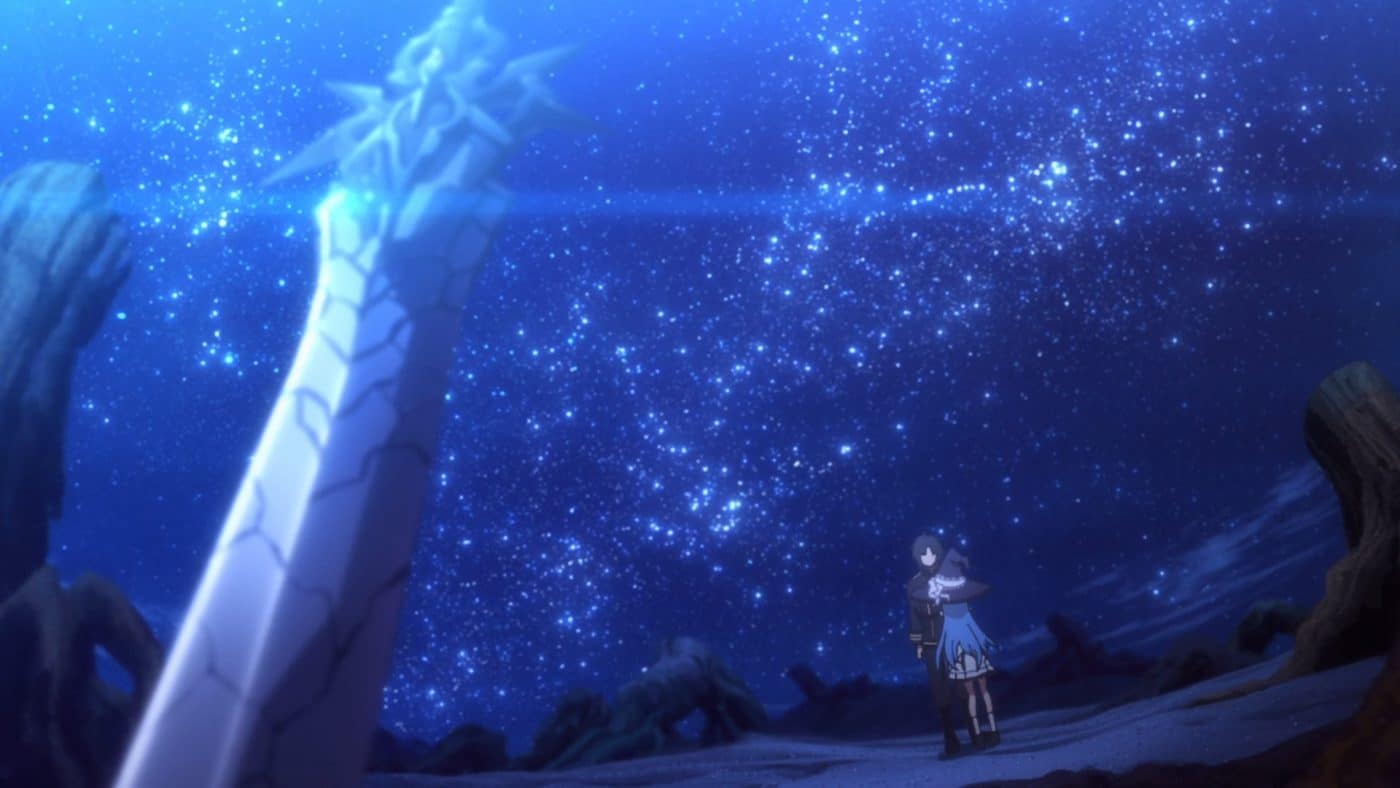 Unlike the majority of FUNimation’s releases, the credits aren’t translated into English and, therefore, there are no textless themes available on-disc. At the end of each episode, silent credits roll in English on a black screen.

In western countries, this show is more commonly referred to as ‘What do you do at the end…’ rather than ‘What are you doing at the end…’, however FUNimation labelled it as the latter. Even the English translations of the novels refers to them as the former!