In Solitude, Where We Are Least Alone

Okay, so there aren’t any sequels or prequels to speak of, but the show is arranged in a slightly unusual manner; if you bought the Anime Works’ American DVD collection (and possibly the same goes for Blu-Ray) you’ll note that the series is spread out over four discs. This is highly uncommon for twelve twenty-four-minute episodes! Each disc contains the relevant episodes for each heroine, so if there’s a specific alternate reality you’d like to see, it’s easy to do. Here’s the guide – just in case you’re streaming it or the Blu-Ray doesn’t work in the same way as the DVD collection:

Motoka Nogisaka‘s deal is a little different: her arc is played off predominantly for comedy and fan-service, often depicted in a chibi* style. Episodes 1-12 are her domain, but she only has a short, few-minute segment after the ending theme of each episode. On the DVD collection, you can find her arc by selecting the last chapter of each episode.

After a car accident leaves twins Haruka and Sora without parents, the two move out to the countryside of their childhood with their inheritance and their late grandparents’ house. Her body frail since she was young, Sora chooses not to go to school. However, much to her dismay, her brother still wants to go. While there, he makes friends old and new as he becomes an instant hit with the girls in his class, and the Butterfly Effect gets to decide which one he ends up with: a serious girl whose overprotectiveness has caused a rift with her father, a playful girl who has a one-sided memory of Haruka, a regretful girl whose actions when they last met have led her to avoid him, or even a rich family’s maid whose abysmal luck with men has left her depressed. But one forbidden romance starts bearing fruit as his sister’s fond memory of a youthful kiss becomes apparent and begins to damage his relationships. 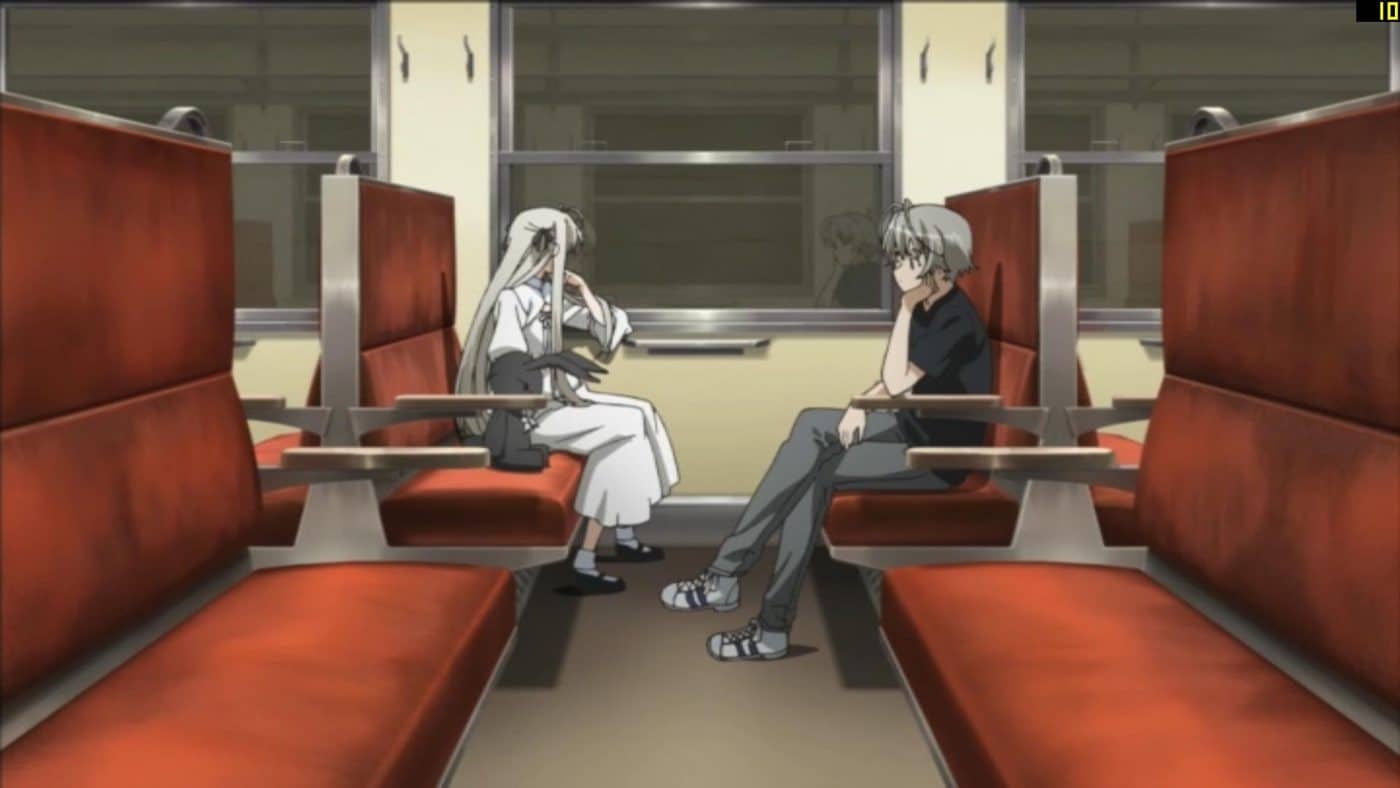 Please also note that the ‘colourful’ language I am referring to here is based on Anime Works’ English Subtitles. Other translations/subtitles (e.g. stream versions) may (and probably do) differ.

Another example would be a scene where oral sex is implied; a character goes under the table and then opens their mouth. The camera then cuts to the recipient moaning.

“Fuck” is used during one scene, and milder language (e.g. crap, ass, etc.) is featured throughout.

Despite the show being fairly explicit, it doesn’t contain any nudity that depicts genitalia. Nipple detail is present, however, and fairly frequent. Even if you didn’t spot any in the main segment, you’ll almost definitely spot some in Motoka’s short episode after the end credits.

As mentioned above, it doesn’t show any genital detail, but there’s a fair bit of thrusting and moaning, so I guess that makes up for it? Depends on your point of view…

Although it’s not entirely clear whether the character intends to commit suicide, they at least attempt an act which would ultimately result in such an event.

This isn’t an official category here and this show is famous for exploring incest, so it goes without saying that it’s present. However, should anyone be glancing at the Content Advisory section before anything else, I figured I should give the warning here. It doesn’t glamorise incest or anything, but it is very present – which is worth a warning on its own. 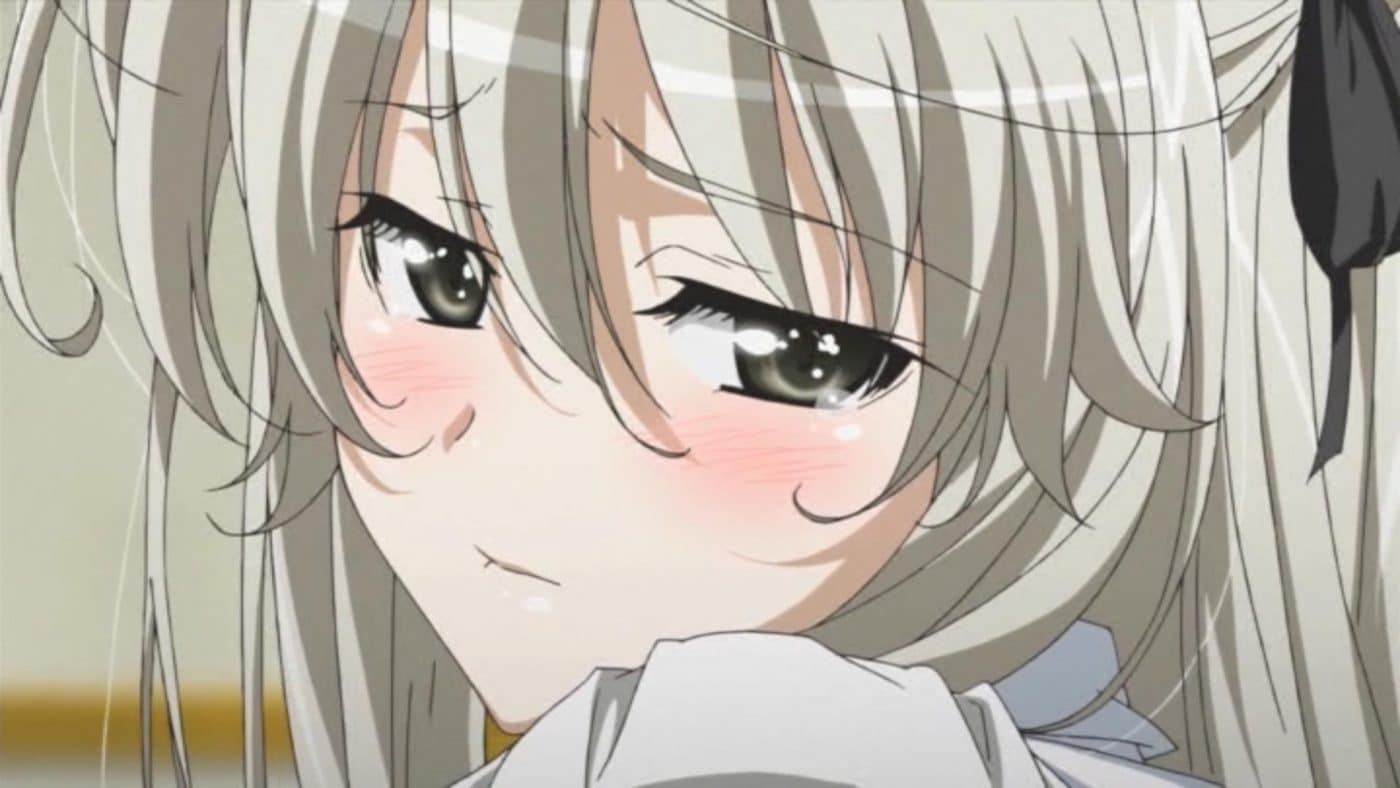 This series has been praised for its bluntness and maturity towards its romance and story.

Presents a no-punches-pulled exploration of an incestuous relationship from a director who has been praised for his ability to make shows ‘work’. This is sort of covered by the previous point about bluntness and maturity, but I feel like the incest theme on its own is worth a separate mention – afterall, it’s rare to find an incest show like that!

All arcs feature at least one softcore sex scene (i.e. no genitals are visible) and Motoka’s arc is pretty much built around them. For fans of more extreme fan-service, this may be a selling point.

Presents a no-punches-pulled exploration of an incestuous relationship. This is as much a selling point as it is a barrier of entry for those who may not appreciate that side. Incest is probably bad enough for many, but then to add fairly frequent sex scenes, too – well, that might be a bit much.

The more extreme fan-service on its own may be enough to drive some viewers away.

Since pretty much the whole unique selling point of the series is its incest story, some viewers may find the other romances are overshadowed by this one. 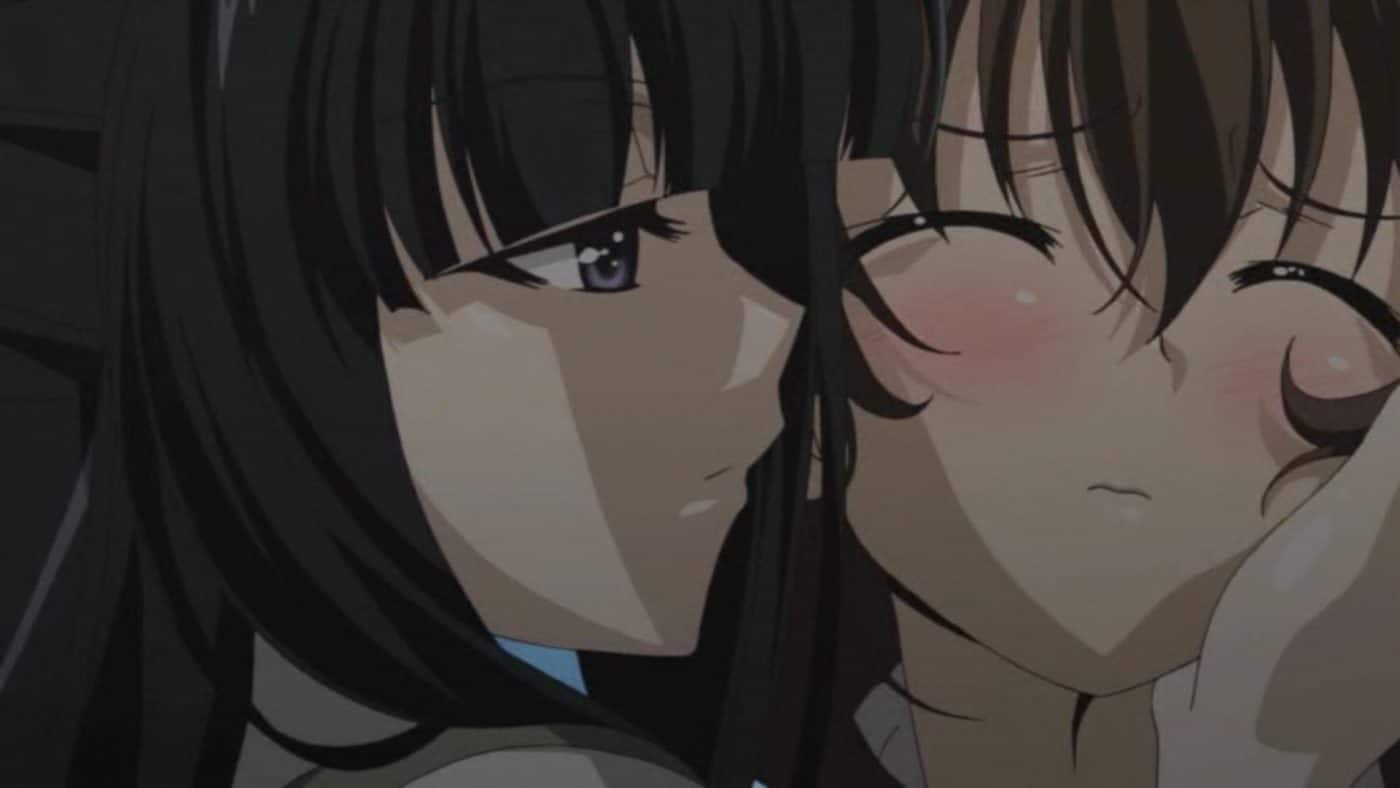 Hiyoku no Hane by eufonius

If you start looking into this group for more music, you may discover a group by the name of ‘Momoiro Clover Z’. This is the same group, however, the ‘Z’ was added to their group name later when one member left. The song performed here was done so when this member was still a part of the group. Ergo, the artist is credited as ‘Momoiro Clover’.

As of writing this [11/07/2019], there is no UK version available, announced or licensed. It should also be noted that Anime Works’ DVD collection is made on DVD-R discs, so some online retailers warn that it may not be compatible with older DVD Players and/or Gaming Consoles. The Blu-Rays, however, have no reported issues.

On Anime Works’ DVD collection, the series is separated into four discs. Each disc is dedicated to one of the main heroines and includes their corresponding episodes (this does not include Motoka’s arc as her short episodes are featured after the ending credits of each full-length episode). This same layout, though unlikely, may apply to the Blu-Ray collection, too.

In 2011, the Tokyo Metropolitan Government’s Youth Healthy Development Council decided to up the age-ratings of many depictions of incest content. In 2012, Yosuga no Sora was discussed, but was left unaffected. It was argued that the series doesn’t glamorise incest or depict it as socially acceptable, instead opting to portray it in a blunt, realistic manner.

*Chibi is a deformed art-style, generally depicting characters with large heads and comparatively small bodies. It appears more simplistic and is used to emphasise cuteness and/or comedy.

**Ecchi is anime’s version of softcore pornography. Though sex scenes and even pixilated genitalia can be present, it’s rare (particularly in the genitalia department). It’s much more common for Ecchi anime to contain less explicit detail. In this case, nipple detail and sex scenes are both present.