Your lie in April

After the death of his abusive mother, piano prodigy Kōsei Arima became unable to hear the notes he played. One day, he is tricked into tagging along with his best friends to a violin competition. Seemingly, the girl responsible for this request is fellow musician Kaori Miyazono, whom he has already had a disastrous first meeting with and who claims to be in love with his footballer friend. Not only does she quickly become his favourite contestant at the competition, but she also seems determined to have him play the piano as her accompaniment, despite his condition. Can she breathe music back into Kōsei’s life? And why does she seem so desperate to have him play with her as soon as possible?

One character considers this, suggesting another join them.

One scene depicts a female character naked, however no breast detail is present and it’s censored.

Pretty much played off exclusively for slapstick comedy, however, there are some serious uses, too. These include some scenes of abuse and the death of an animal.

One use of ‘shit’ in an episode. Other milder language is also used.

Known as one of the best tear-jerkers in anime.

Even if you don’t cry, it’s still an emotional roller coaster!

One of the few music anime that is focused on instruments. There are a fair few idol anime, but not many about instruments. Presumably, this is because it’s harder to animate instruments that sync up with the audio. Even this show uses 3D for some of the piano segments!

Should you not be a fan of classical music, well, this show may well turn you into one.

Viewers may be put off by the show’s odd interjections of slapstick comedy.

I have read (and agree) that this is a show that will only appeal to an audience looking for an emotional experience. It doesn’t work as anything else. 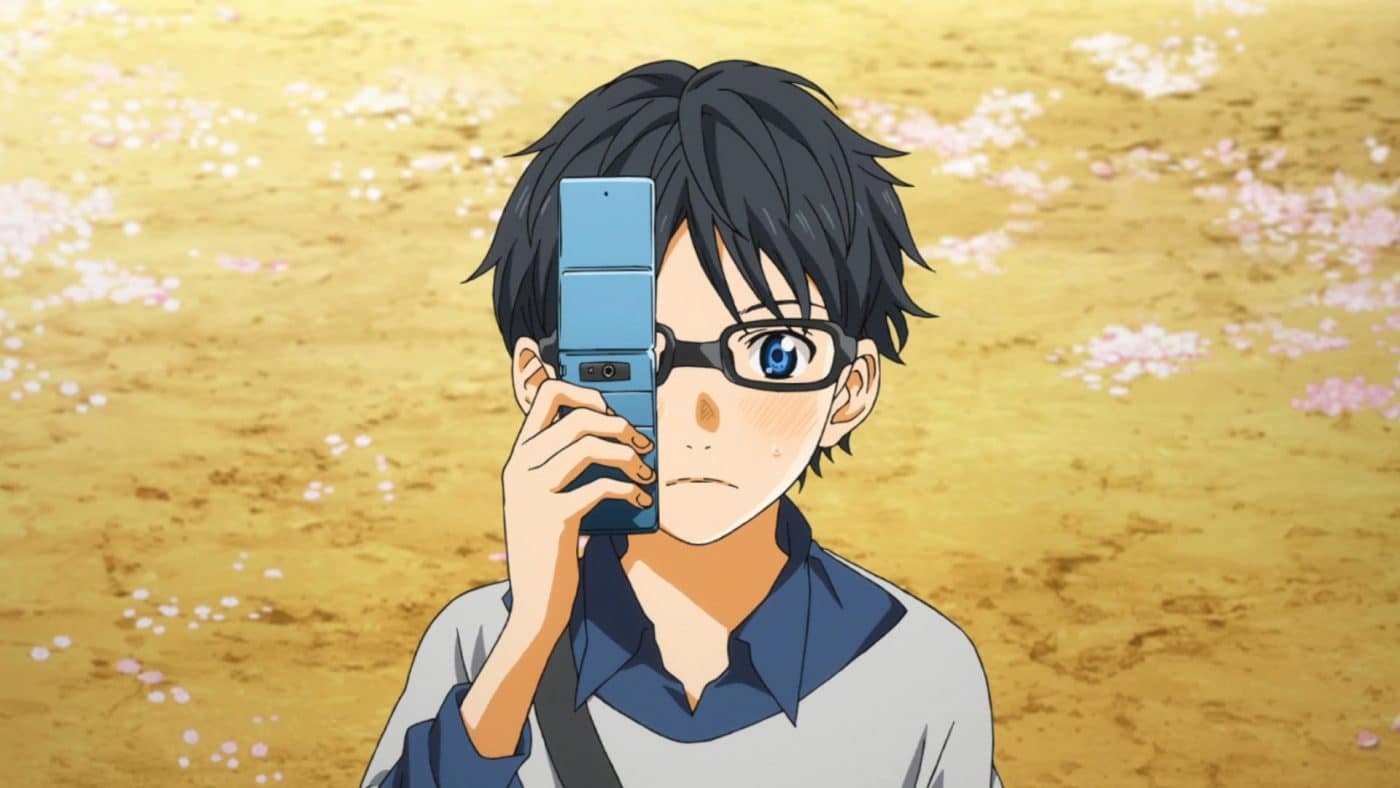 Unlike a lot of more recent releases, all special features (including two English Dub commentaries and an English Dub blooper reel) are available on both Blu-Ray and DVD.

While the individual rigid cases used to house the individual parts of the UK release feature panels of the original manga, the large art box that is used to house both parts features a watercolour illustration from the anime’s first opening. The illustration was provided by Mieko Hosoi, a character designer who often works with director Ryōsuke Nakamura and is probably most famous for her work on Grimgar, Ashes and Illusions. The reason she provided this image is because it was Ryōsuke Nakamura who directed the first opening of Your lie in April!