A Lull in the Sea

Undersea dweller Hikari Sakashima’s school has been shut down, forcing him to seek education on the surface with his other classmates. On land, the four face the unwelcoming results of an unstable relationship between the surface and the undersea dwellers. This isn’t helped by the fact that the clumsy and charming girl Hikari likes seems to have taken a liking to one of said surface inhabitants. But maybe – just maybe – there’s a friendship to be made between them that could show the adults a thing or two about coexistence.

A few scenes in this series display completely undetailed nudity. It’s generally used for artistic purposes during some of the emotional scenes possibly to symbolise the purity/innocence of that moment/character. (I say ‘possibly’ because artistic pieces are obviously all about interpretation and I shouldn’t generalise, either!) Either way, the scenes are not sexualised and lack any detail; whether that means smoothed over breasts or just a bit of skin.

The worst this show ever gets with sex references is during the pool episode. During this episode, some students refer to the endowment of other female classmates, specifically noting Chisaki’s.

The same episode also sees the female students label the need for them to wear swimsuits as sexual harassment.

One Scene of Injury Detail

Again during the pool episode, one character injures their foot and the bare toe can be temporarily seen without the nail.

Though the language most definitely never surpasses the strength of these, due to the mild nature of the language, I do not have a note of the exact terms marked down. Further down the line (i.e. when I finally rewatch the series again) I will update this segment. 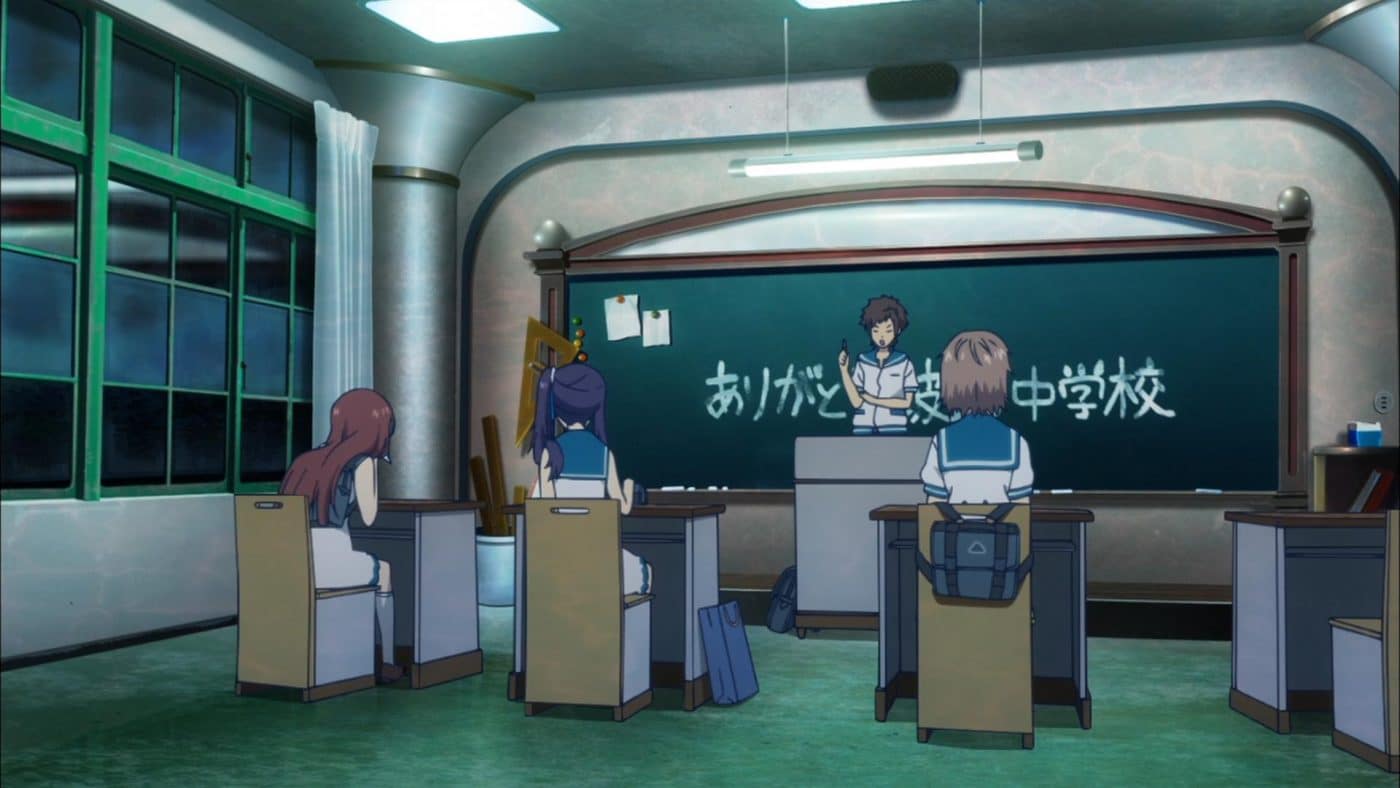 This original anime is one of those shows with basically no barrier of entry. Its low level of objectionable content, lack of distinct parody and high production values also make it an ideal starter anime for almost anyone.

Mari Okada (who is in charge of the series composition) is well known as one of the most accomplished writers in the anime industry. Plus, she’s got her directorial debut in the film ‘Maquia: When the Promised Flower Blooms’!

Fans of the band ‘amazarashi’ might want to listen out for the music in this one because it’s written by one of their guitarists: Yoshiaki Dewa. For this reason, the soundtrack is primarily composed of guitar music (with a healthy spoonful of piano on the side).

Some might find Hikari’s jealousy and his pride annoying at the beginning. Other than that, I can’t really see any problems people might have. If I think of/find anything new, I’ll be sure to update this entry.

Very early into my anime experience, I became enamoured with P.A.WORKS’ projects. Whether it’s the lovely colours, the great cinematography, or the great art and animation – everything about P.A.WORKS’ quality productions is just to my liking.

I actually sought this anime out for its original character designer: Buriki. Buriki has also served the same position for ‘Haganai: I don’t have many friends’ and ‘Ground Control to Psychoelectric Girl’. I personally enjoy his character designs, so that was an instant sell to me.

As you may have seen on the ‘Reasons to Watch’ segment, if you’re a fan of ‘amazarashi’, the music should be of interest to you. Well, I am a fan. Therefore, I watched it.

And then of course, last but not at all least, Mari Okada is one of my favourite writers in anime. Getting a chance to see another original anime she worked on made me very excited to watch this. 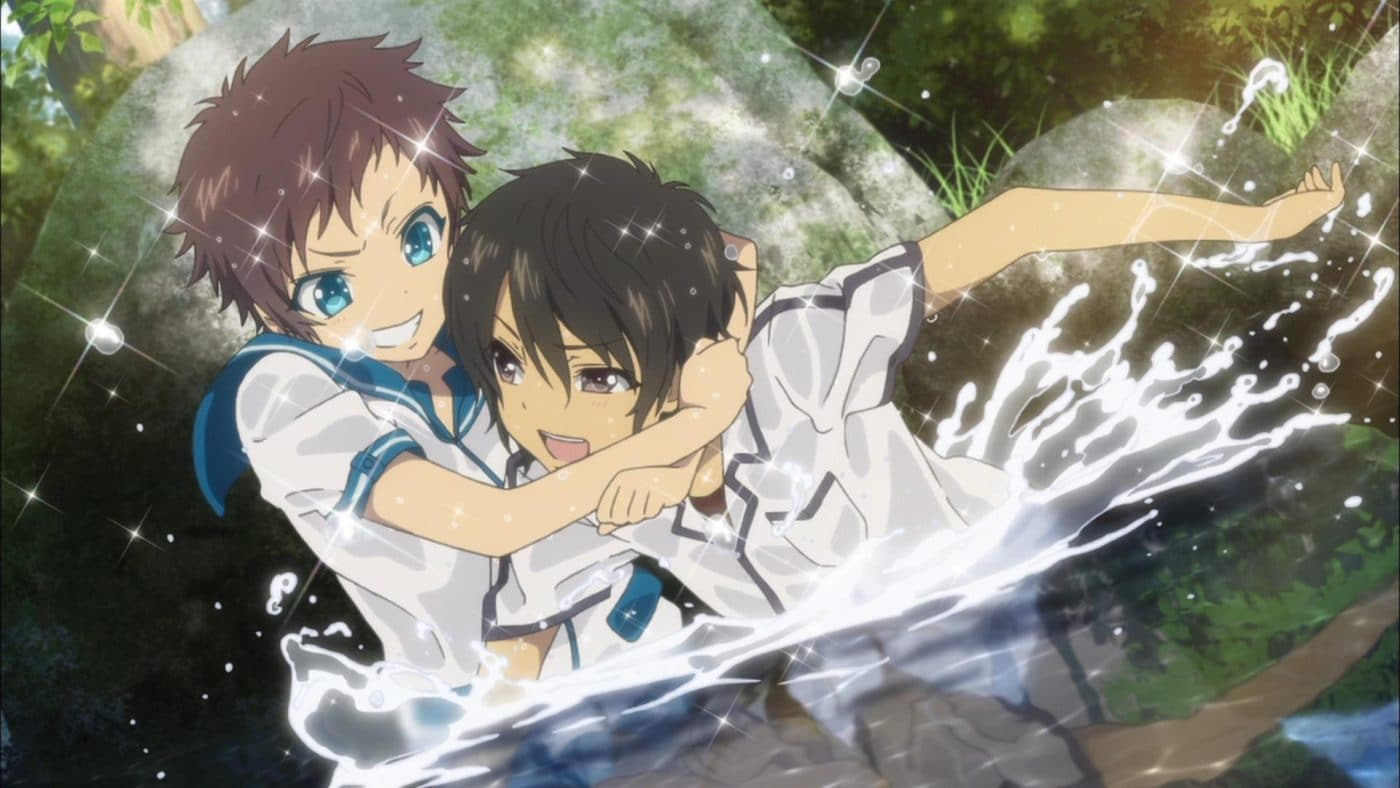 Director Toshiya Shinohara stated in a written commentary for episodes 1 & 2 that the decision to open on a cooking scene was made to continue – what he saw as – a tradition among P.A.WORKS’ projects.