The Government lied to us - Monster Girls are real!

The government has admitted to the existence of Demi-Humans, and so, to integrate them into human society, the Demi-Humans are sent on homestay programs with willing volunteers. Nice guy Kimihito Kurusu is not on this list, and yet he is dumped with a Lamia by the lousy agent Smith. Just as he’s settling into his new life, Smith only goes and dumps him with even more and he just can’t seem to say ‘no’. But with Smith nominating him the prototype for a lift on the interspecies relationships ban, can he survive his cohabitants’ literally suffocating love? 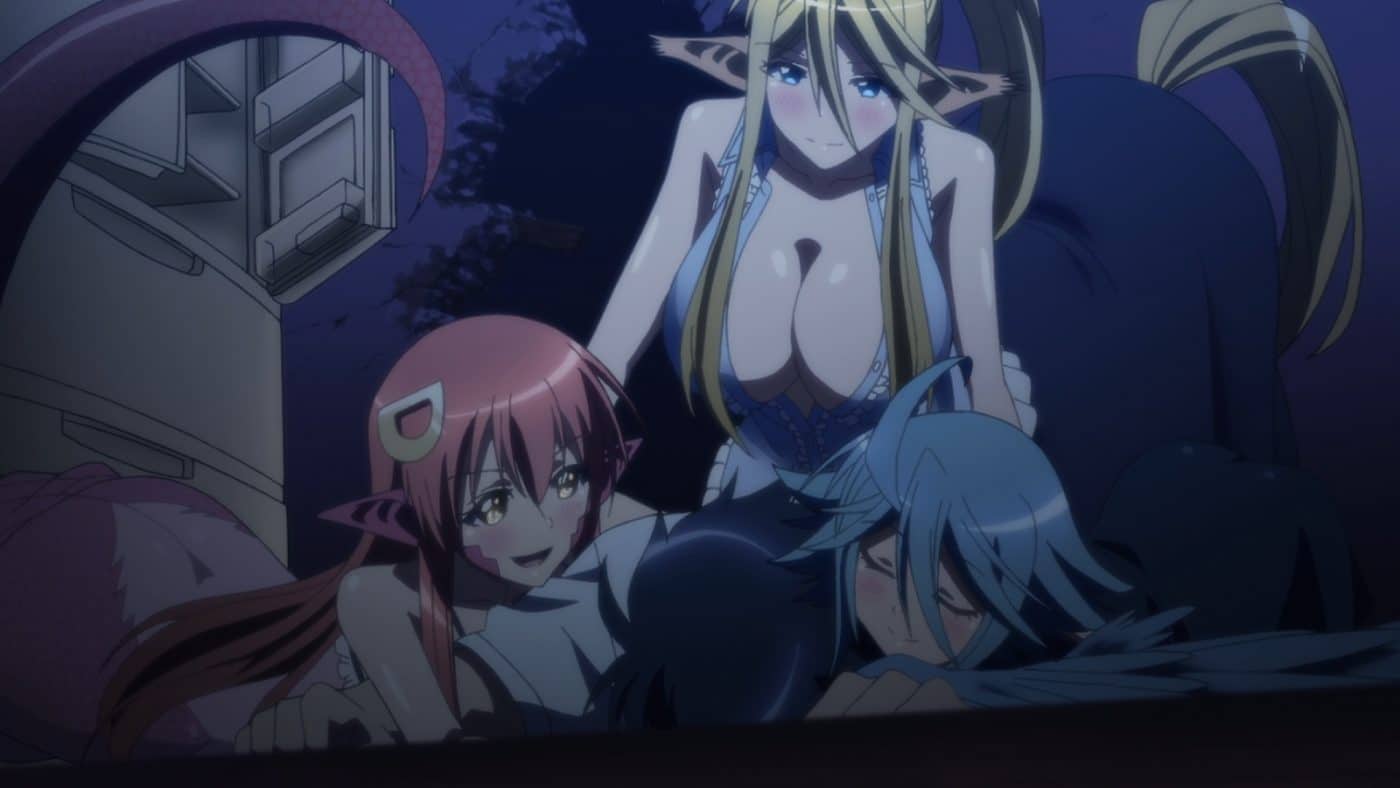 This show has too many to even bother starting a count! From mild innuendo to scenes that do not hide their oral sex symbolism, this show is a raunchy ride!

As above, it’s a raunchy ride. Since it’s an ecchi* show, its nudity is heavy with breast detail and even a few undrawn genitals (Dogma style!).

I mean, it’s a show that sexualises demi-human women – I honestly don’t know what you expected. Heck, it even sexualises the Harpy’s egg laying and the Lamia’s skin shedding.

Though mostly played off for comedy (i.e. the typical anime nosebleed and slapstick), there are some scenes with slightly more blood than that.

Some scenes build tension by depicting certain monster girls as mildly frightening (such as Arachne, the literal spider-girl) before revealing their harmless true natures.

Will most likely awaken new fetishes you didn’t know you had! This is the show that was primarily responsible for the great monster girl boom.

Though I haven’t seen this mentioned a lot, it is essentially a story about racism. A lot of events that occur are rooted in negative attitudes towards the Demi-Humans because they are seen as different – also known as ‘Racism’. For example, many shops and cafés refuse to serve Demi-Humans, and more obvious examples include the ‘Racist Man’ and ‘Racist Woman’ (as sentai FILMWORKS so lovingly named them in their credits).

Unlike many other fan service shows, this one is clever with it. Pretty much every fan service scene is there because it depicts a biological or mythical side to them. Take Miia the Lamia (upper body of a human, lower body of a snake) in the first scene of the show, the fact that her tail is that sexually sensitive is because of her snake side; snakes actually have their genitals on the tips of their tails. The show’s fan service is not so much inspired by the monster girl look as it is by the monster girl biology and mythology.

This show doesn’t really provide much other than a fun comedy with heaps of fan service.

Even the racism symbolism thing I mentioned is not a reason on its own – more like an added bonus!

Not all fetishes will appeal to everyone, especially the spider-girl – I know how common Arachnophobia is! 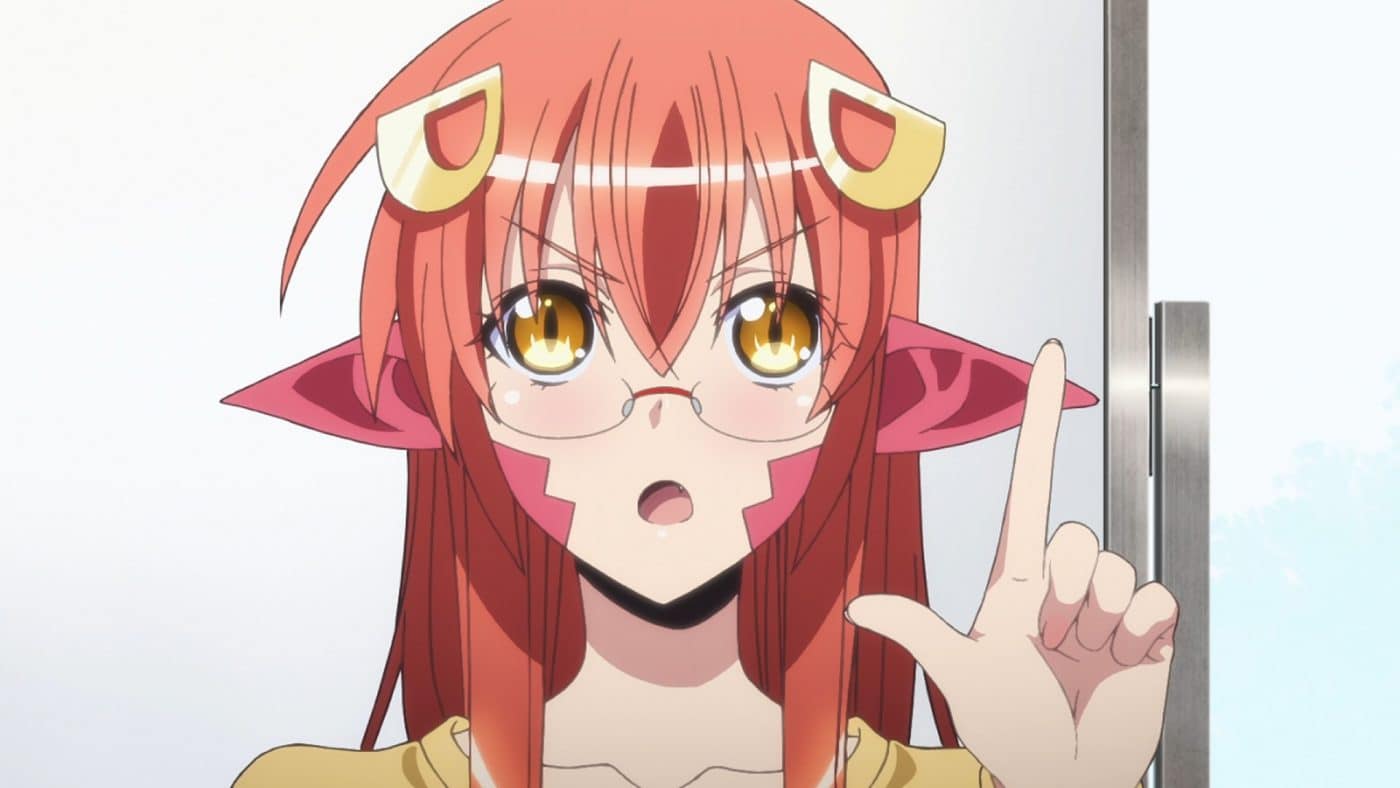 Both the Blu-Ray and DVD UK releases of series also contain 2 OVAs (which are basically extra full-length episodes) and 60 ONAs (all of which are very short).

One of the few named characters whose nipples are not seen throughout the show is Doppel. This is quite odd if you consider that (apart from some of her transformations) she is buck naked throughout the whole series.