How far are they willing to go to stay friends?

Haruka and Yū are the best of friends and have been for years. It helps that they’ve always sat adjacent to one another, so they can pick their conversations right back up after class and look after each other should one of them (ahem Yū) fall asleep. However, when the new seating plan threatens to separate them, they decide to ensure their friendship’s survival by doing something no other friends would do: kiss. To their surprise, this innocent act does more than maintain their friendship when the pair discover they’ve become obsessed. Of course, they mustn’t let anyone else find out about their secret addiction, least of all Yū’s strict older sister. It would seem, though, that they aren’t the only girls in their school with a similar secret… 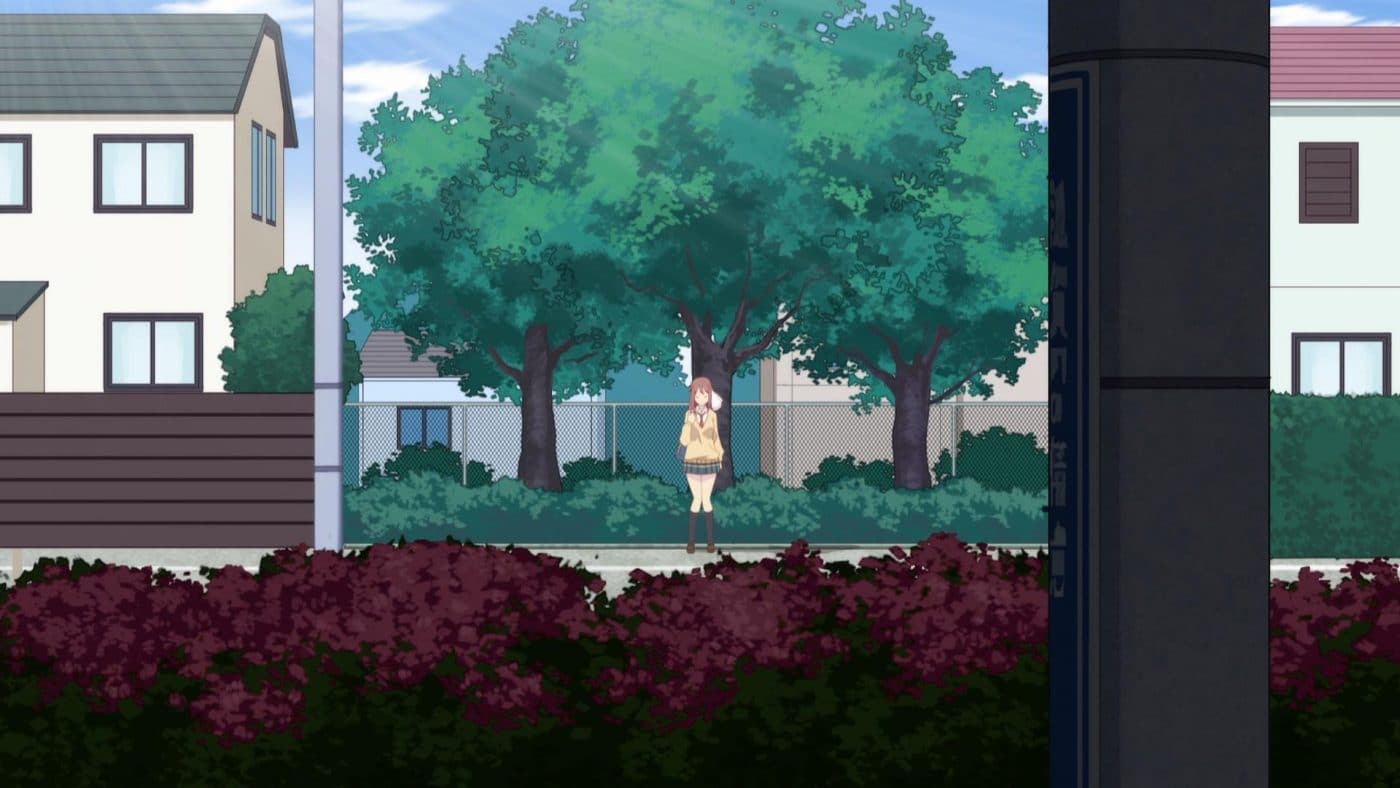 Lots of references but they’re mostly pretty mild. I decided to label it ‘moderate’ because it just about scrapes my criteria for it to be so. However, it’s generally breast references, a few slightly suggestively playful pieces of role-play and the odd grope (since one character understands that it’s a weakness of her partner’s, which she exploits to shut her up).

Some mildly suggestive positions, but nothing untoward ever happens. They only ever lead to kisses and don’t even imply any further activity after the scene.

Some soft moaning during some of the kisses.

Extremely tame, but there is fan-service in it. Actually, since it only goes as far as cleavage, I normally wouldn’t bother to mention it. But, seeing as there is more than a handful (if you’ll excuse the poor choice of words) of these scenes, I thought I’d give a heads-up. 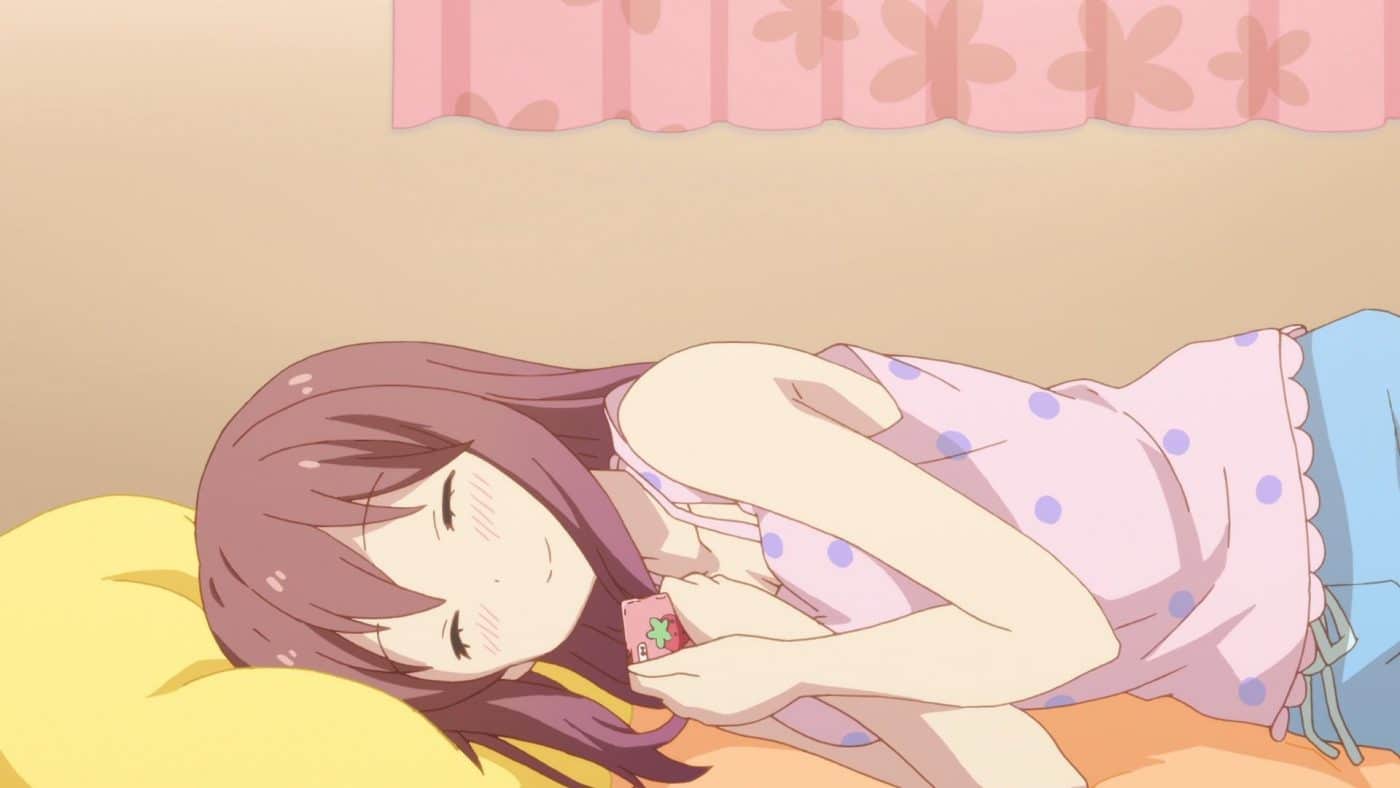 May be too naive for some, since the main heroines don’t even know the meaning of love. By that, I don’t mean the philosophical meaning – I mean the dictionary definition!

The fact that the two aren’t an actual couple and only consider each other good friends may put off viewers looking for a genuine lesbian couple’s story. I mean, this one doesn’t even really apply to the ‘discovering their sexuality’ theme! 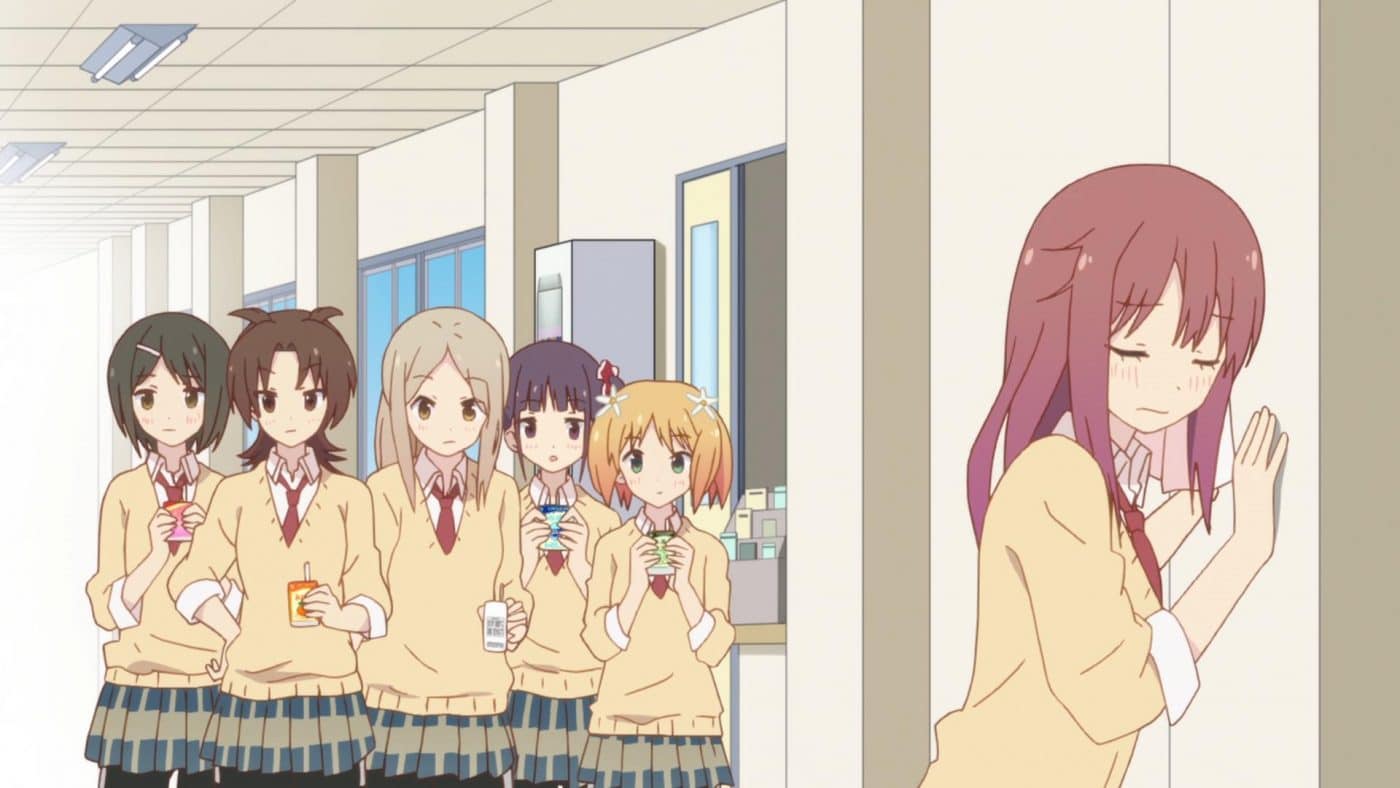 As you may notice from the ‘Lead Voice Actors’ section below, there is no English Dub available for the series (as of 10/01/2019), regardless of whether you bought the American version or another.

*Yuri literally translates to ‘Lily’ and refers to all kinds of lesbian relationships. In the west, Yuri usually refers to more erotic and sexual lesbian relationships, instead opting to use the term ‘shoujo-ai’ (literally ‘girls love’) to refer to non-sexual relationships (like the ones in Sakura Trick). Initially, I was going to apply the ‘shoujo-ai’ tag to this, but upon further deliberation I decided to use the official Japanese term. Mostly, I did this because, while ‘shoujo-ai’ is an American term using Japanese words, the official Japanese implications for ‘shoujo-ai’ literature are very different. And when I say different, I mean the kind of different I wouldn’t recommend doing an image/video search of if you enjoyed having friends and a job. If you don’t have either of those and are going to try it anyway, then I hear prison is a great way to meet new people! (Please note that, if you’re in one of the western countries, you can go ahead and search for it, because the results will use the American meaning of the term).