We Without Wings – under the innocent sky

Takashi Haneda seems to be your average introvert…except that he isn’t! He’s periodically summoned to another world as a celebrated knight of a great kingdom. With a war incoming, he knows that soon he won’t be able to return to our world – all he has left is to get good grades, say goodbye to his girlfriend and his sister and he’ll be off, but neither is willing to let him go easily.
Shūsuke Chitose is a near-broke freelance reviewer hired by a local restaurant to be their new waiter. His senior at work is a struggling author who hates him, and for good reason considering he recently mistook her for an adult film actress.
Hayato Narita is running odd jobs, with his latest offer being to find a lost bicycle. Although he believes it to be boring, he reluctantly accepts, which unexpectedly has him caught in the middle of a gang war.
Though their personalities seem to be incompatible, these three men are much closer than anyone expects and the romances that blossom for them return some forgotten memories and uncover some dark secrets…

A healing ritual that seems suspiciously like a (non-explicit) sex scene, one character exclaiming in the middle of the street a dire need to ejaculate, trivia about the abundance of oversized foreskin in people from certain places – these are just a few examples of this show’s unsuppressed sex references.

A number of scenes depict nudity, many of which show nipple detail and some of which depict smoothed-over genitals (à la Dogma).

Some uses of ‘Fuck’, ‘Shit’ and other milder language.

A few scenes in the fantasy-style parts of the series feature enemies being slashed and a fair amount of blood is expelled.

One Scene of Moderate Sex

Though, again, no genitalia is shown, there is one scene claimed to be a ritual for curing an ailment that is played off more like a sex scene – complete with a smattering of (what the English Dub Voice Actors claimed in a commentary to be) ‘poison’. As with much of the series, this moment parodies Visual Novels***, so it is played for comedy to an extent.

A couple of soldiers in the series are cut in half and display some innards. That being said, it looks more like a cleanly cut leg of lamb (i.e. no guts, just a meaty kind of look). 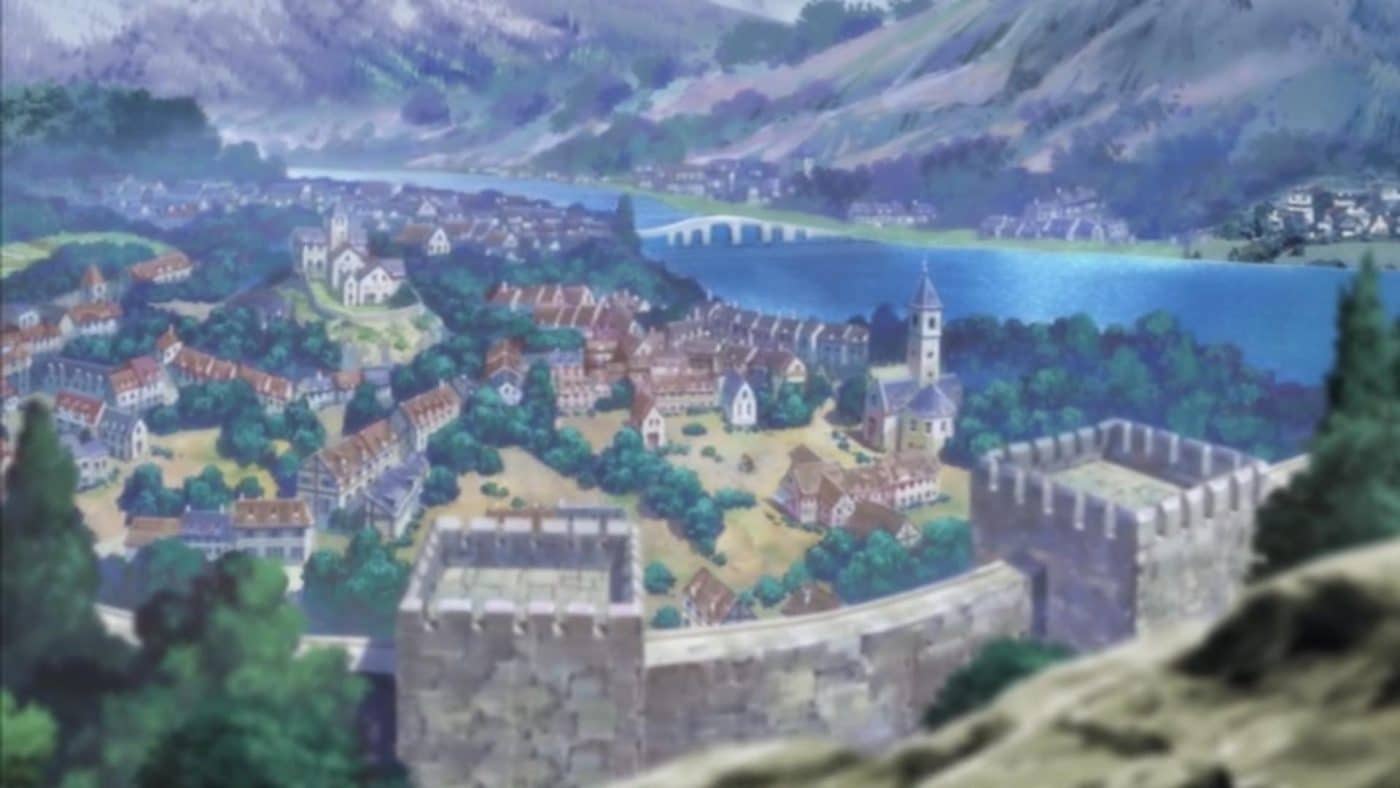 Multiple plot-twists that keep the viewer interested and an energetic, fourth-wall-breaking Radio DJ of a narrator to guide you.

A unique take on a mental condition that – once revealed – easily opens the series to a rewatch (unless you have a very good memory). Suddenly, certain moments might make more sense, you might notice foreshadowing, and it can even change the tone of some scenes!

For Visual Novel*** lovers, this is a very meta series that pokes fun at their tropes and even their very gameplay with varying degrees of subtlety.

Low production values (i.e. weaker artwork and animation) may make this a difficult watch for those after something more impressive-looking.

The show’s sense of humour (as with all comedy) is very subjective, depending heavily on how you feel about dirty jokes.

Some bits will only make sense if the viewer plays Visual Novels***, but it should be noted that these scenes are not crucial to the plot – merely brief parodies that are often disconnected from the main story. Basically, if you want to understand everything in the series, it helps if you have some experience with Visual Novels***, but it’s not necessary. 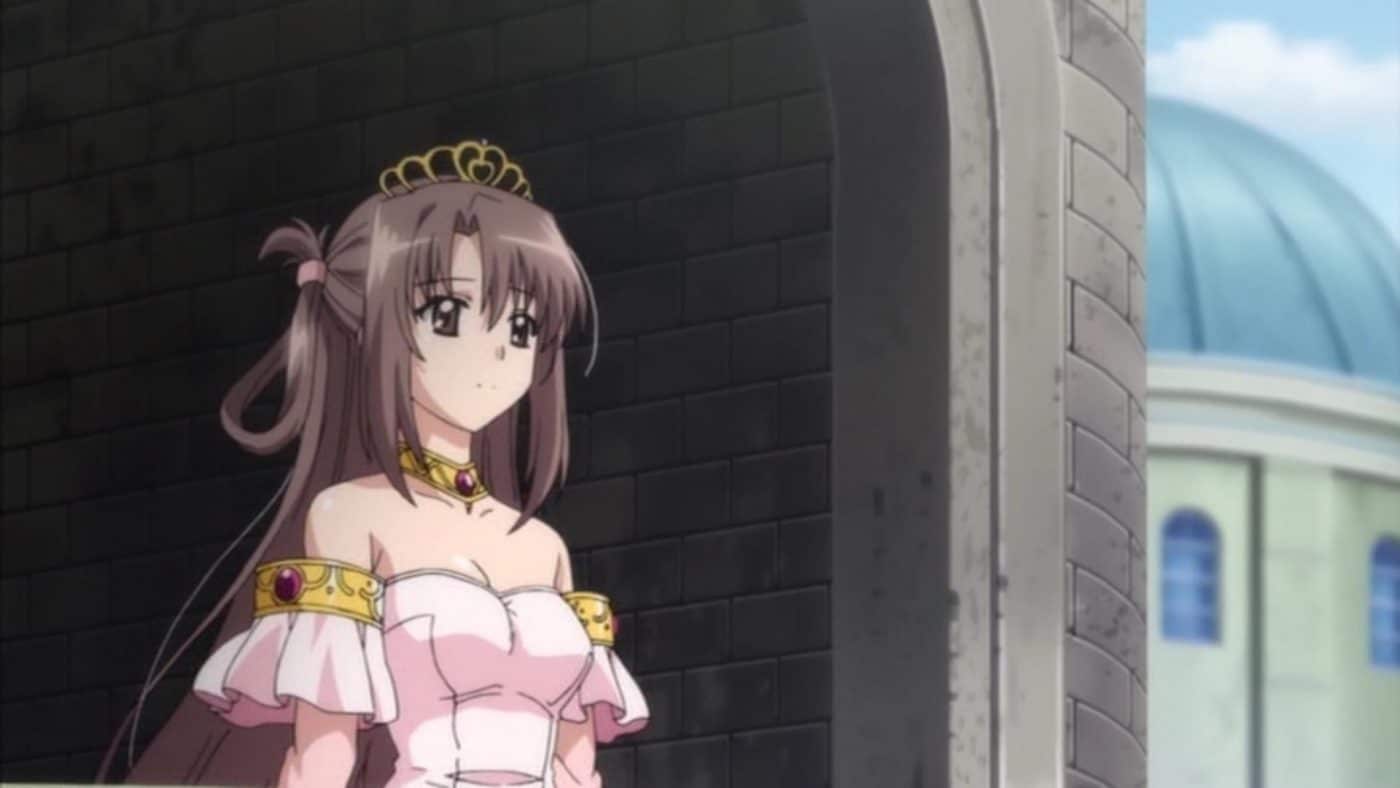 Although the covers for the physical copies label the OVA* as Episode 00, it is actually more of an epilogue OVA* to be played at the end. The discs even have it lined up to be played as the last episode!

Both Blu-Ray and DVD versions contain the special features, which include two audio commentaries with some of the English Dub Voice Actors. At time of writing this [22/08/2019] there is no UK version of the Blu-Ray, but there is a DVD version.

FUNimation does not credit anyone for the ADR Script, so I can’t add any of that here.

**Ecchi is anime’s version of softcore pornography. Though sex scenes and even pixilated genitalia can be present, it’s rare (particularly in the genitalia department). It’s much more common for Ecchi anime to contain less explicit detail. In this case, nipple detail and a sex scene are both present.

***Visual Novels (sometimes also known as Dating Sims) are video games with very simple gameplay mechanics. A typical Visual Novel offers a text box with the story, a background to show the location and a few sprites as its characters. The player advances the story by reading and/or listening to the text and making decisions along the way that affect the final outcome of the protagonist (e.g. whether they live or die, or which love interest they end up with). These can last anywhere from a few minutes to well over fifty hours! A Visual Novel without decisions is called a Kinetic Novel.