In her quest to sleep with a hundred guys, Yamada must first lose her virginity. Enter Mister Average!

Beautiful, popular Yamada has a dream, and her dream is a big one, for her dream is to have sex with a hundred different guys. Large: yes; achievable: not when she’s struggling to find someone who’ll share in her first kiss. She has her desires set on devouring a virgin boy for her first to avoid any accusations about a lack of experience on her part. Luck strikes when she falls (literally!) into the life of completely average and forgettable Kosuda in a bookshop. Eventually determining that he will do nicely, she now has to find the lucky lad and let him know. If only she could remember what he looked like… 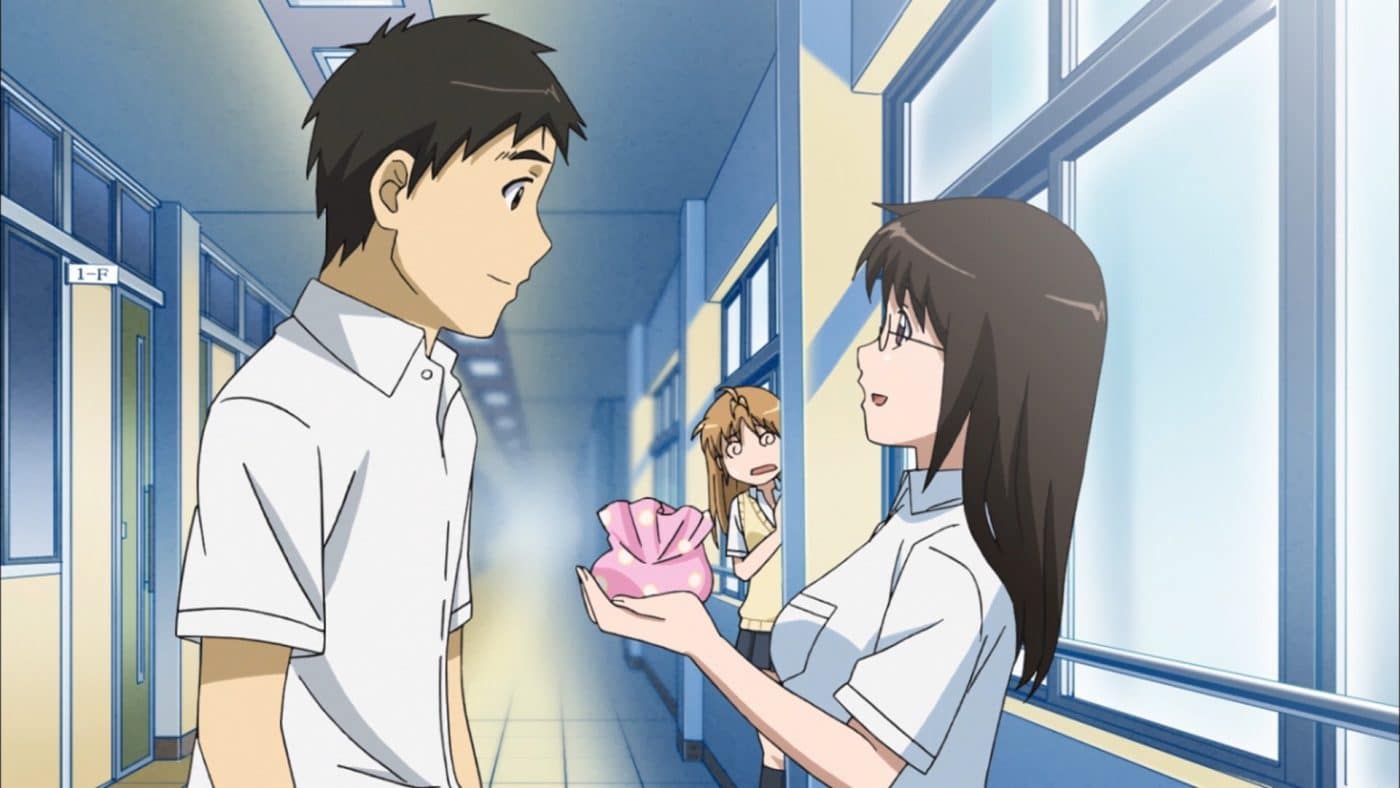 In most episodes, the nudity is censored with steam or other means, suppressing any nipple detail. The last episode, though, depicts a few scenes of nipple detail.

The outtakes special feature contains uses of ‘fuck’ and ‘shit’, and the main show may contain similar language. 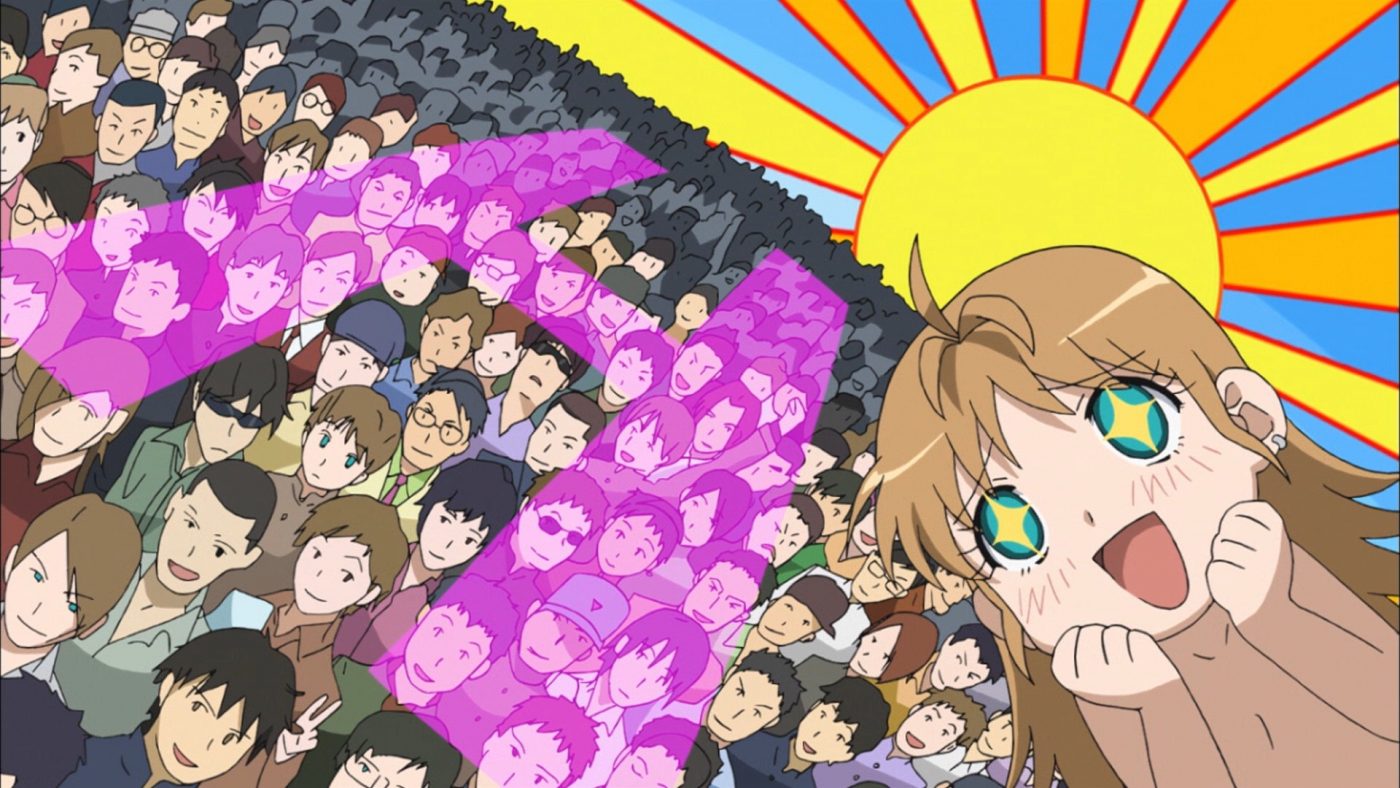 Not too explicit, despite everything, but not badly censored, either. Therefore, it may appeal to viewers who want the sex comedy without the discomfort of sitting through endless sex scenes.

An English dub that does take a few liberties, yet still manages to have been received better than the original by many critics. This means that its dub is a great starting place for anime newcomers and even sub-lovers who are trying to get into dubs.

Some viewers may be unhappy with the very slow progress the series’ main relationship makes. 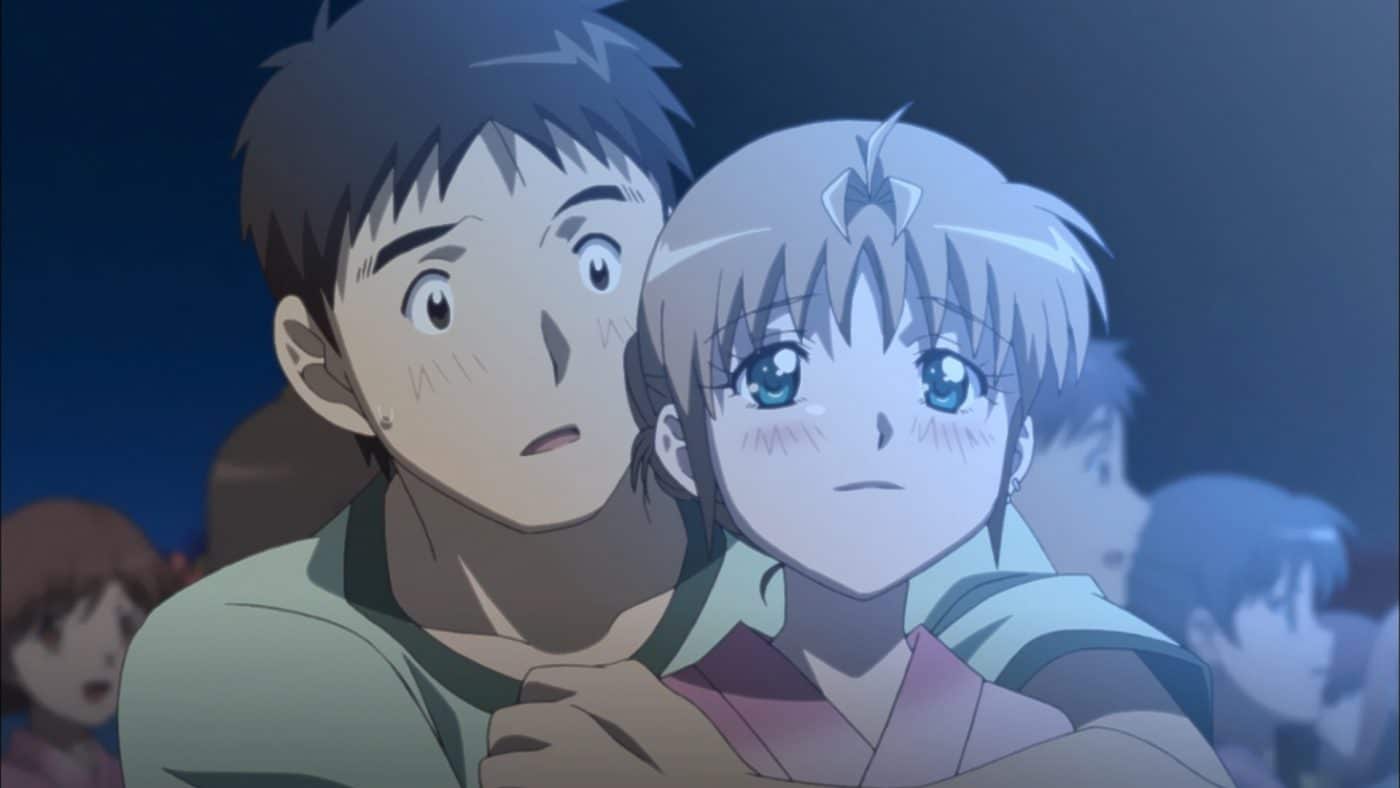 Oshiete A to Z by Yukari Tamura

Special features are present on both the Blu-Ray and DVD, including Outtakes.

FUNimation’s release features both Blu-Ray in Region A | B and DVD in Region 1 | 4. This means that Blu-Ray viewers in the UK (and Australia) can watch freely on a standard Blu-Ray player. However, DVD viewers will have to explore alternative ways of watching it (e.g. Multi-Region DVD Players and the like). Although, it should be noted that the DVD restriction does not apply to viewers in Australia.