How to make friends: a guide for the lonely and friend-repellent

Haganai: I don’t have many friends

Haganai: I don’t have many friends (Physical copy includes OVA)

Haganai: I don’t have many friends NEXT

Poor Kodaka Hasegawa was born with an unfortunate face and pudding-coloured hair, leading many to believe that he is forever angry with them. His disastrous introduction at his new school means that he still has no friends over a month in. However, he discovers he may not be the only one when he meets classmate Yozora Mikazuki, whose best (and only) friend is made of air. In an effort to learn how to make friends, she decides to create the Neighbor’s Club, and enlists the reluctant Kodaka as the other member. For their first activity, they put out posters advertising their club, fully expecting no turnout. But things take a turn for the surprising when the most popular girl in school (and Yozora’s arch-nemesis) is the first to show up with a genuine desire to join… 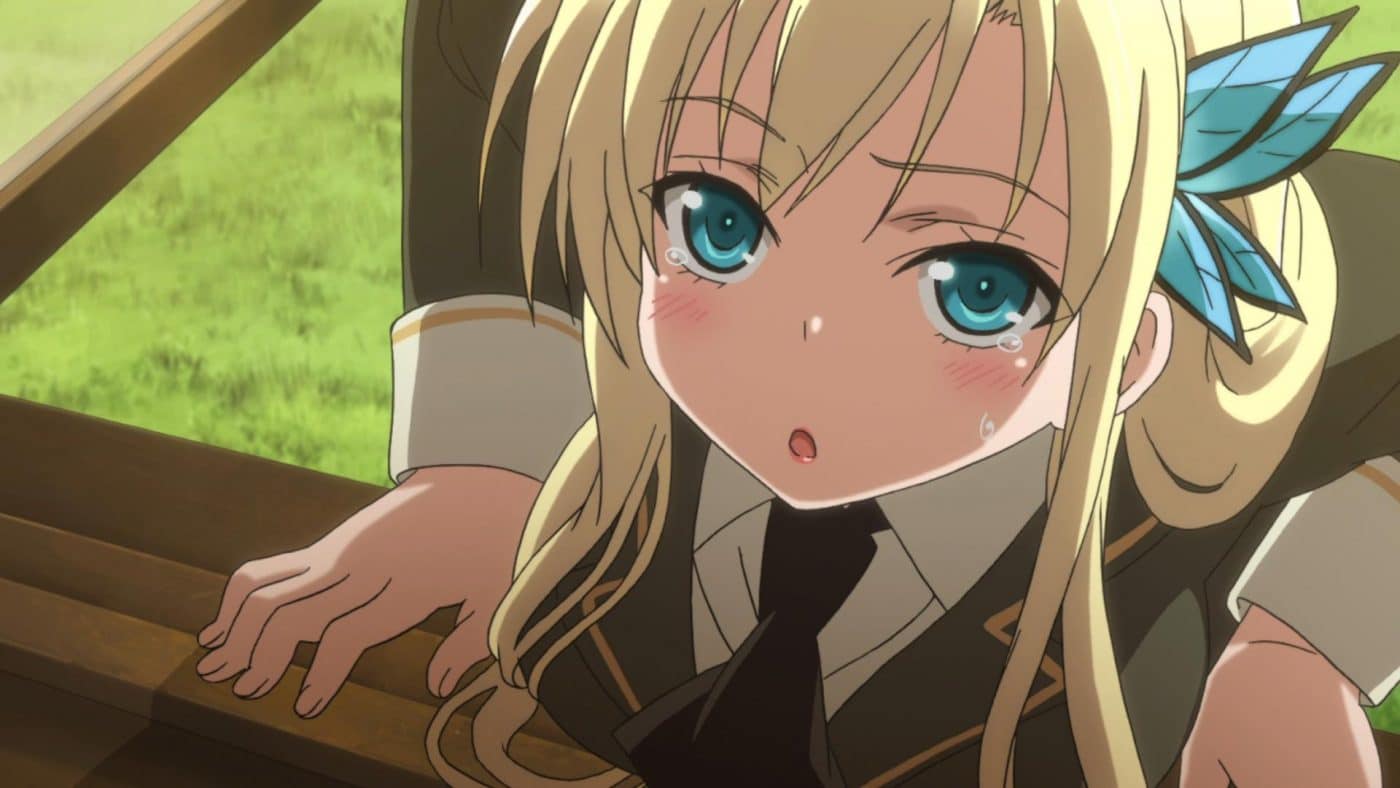 One Scene of Mild Horror

One episode depicts the ghost stories the characters tell. Don’t want to spoil them, but since they’re building to a punchline, they are pretty mild and generic.

The ghost stories are the only real source of bloody violence in the show. As mentioned above, it’s played for comedy, and is pretty tame.

If ever there is violence elsewhere in the show, it’s pretty much exclusively used as slapstick.

In Season 1, a few scenes depict the bare breasts and nipples on some of its female cast. Not all of it is sexualised, but some of it is.

After season 1, it’s all pretty mild. No nipple detail is ever present when it does depict any. That being said, it should be noted that a number of shots show pantyshots and some are even taken from ‘low angles’, shall we say!

A few uses of ‘fuck’ and ‘shit’ and some terms that are bleeped for comic effect – though it’s fairly obvious what they’re saying!

The most extreme stuff is bleeped out for comic effect, but the meaning is pretty clear still.

One character has graphic sexual fantasies (a trait that is played for comedy). Some of these can get pretty spicy!

Most of it is mild to moderate, such as lewd references to breasts and perverted characters. These are fairly common for anime, though. 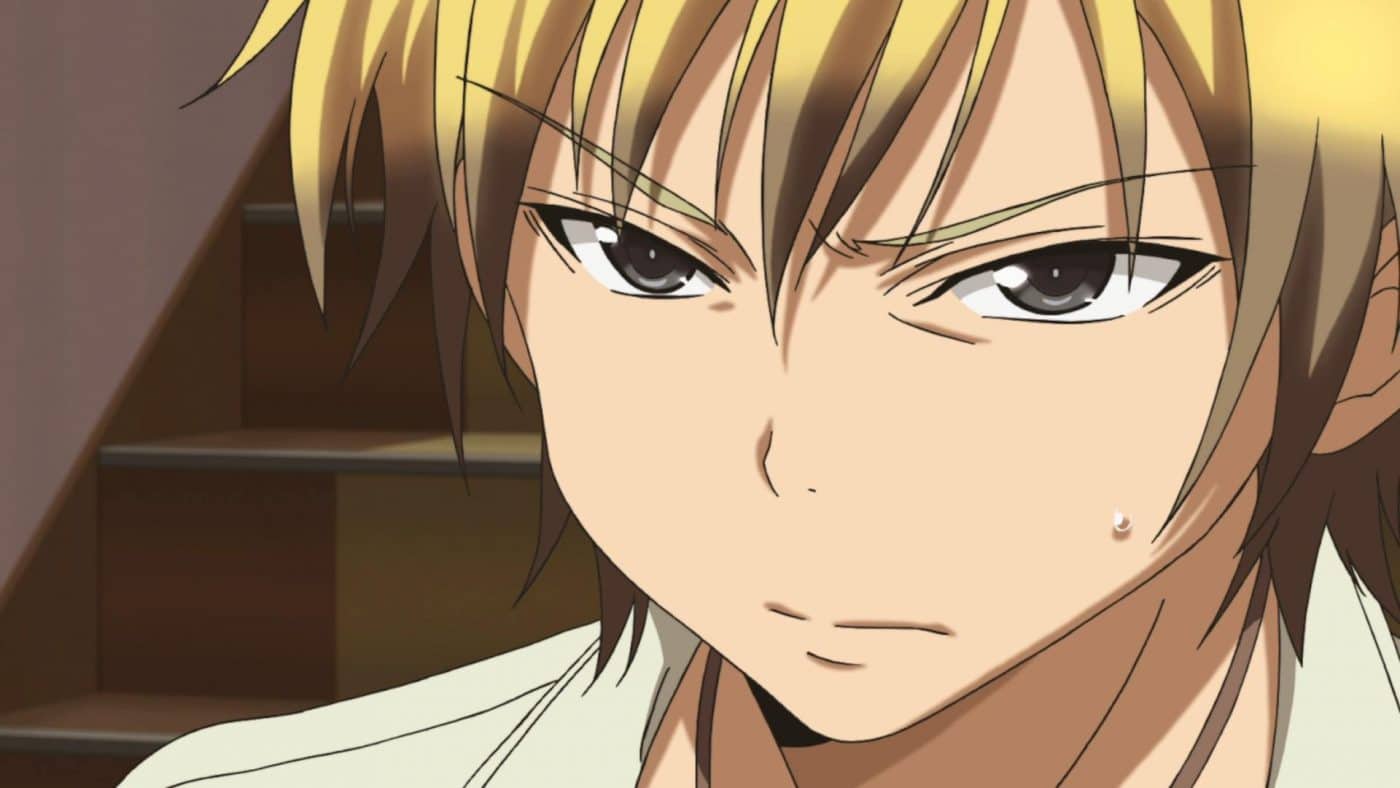 Strong characters with duality and realism (at least, mostly). Most notably, Yozora Mikazuki, who is pretty much a bully, yet is also one of the main heroines of the show.

I have seen this show often praised for its sharp sense of humour. Of course, comedy is subjective, but so is everything in the Reasons to Watch/Barrier of Entry section. The reason I’m mentioning it is because it says something when critics praise a show for a sharp sense of humour as well as its audience.

Rika may not be to everyone’s tastes. Until season 2, she doesn’t really get many dimensions as a character. Before that, she is simply an extremely perverted character. As such, whether you find her funny or not is down to your own sense of humour.

As with many Slice-of-Life series, this one doesn’t really have much of an overarching plot. I’d probably recommend viewing it kind of like a dramatic sitcom; you don’t really watch it for the story, rather for the characters.

The plot-twist in season 1 doesn’t translate well into the anime (i.e. it’s not one you don’t see coming – it’s fairly obvious). This kind of ties in with the previous comment, in that I’d recommend watching it for the characters, rather than the story.

Though this isn’t really a reason not to watch it, I just figured I’d point out the art style change between seasons. Some may find it disconcerting…I suppose…

If you’ve read other entries on this website (e.g. Prison School), you’ll likely have heard/read me go on about Jamie Marchi’s scripts and how much I love them. This show is where that love for her scripts stemmed from, because this show was the first time I ever cared to look at who had written the English Dub script. I find her use of language brilliant in this show in particular, with the final episode having a scene that gave me the emotional shivers when I first watched it. (Plus, I don’t want to spoil anything, but it’s not easy to maintain Rika’s sense of humour while still presenting her first serious conversation with Kodaka – which is a compliment to both author Yomi Hirasaka and Jamie Marchi.)

Similarly, if you read my entry on A Lull in the Sea, you’ll have heard me mention how much I love Buriki’s character designs. This show is where I discovered my love for their character designs. It’s a show I originally started watching because of the character designs – the fact I enjoyed it as much as I did was an added bonus! Seriously, the amount of Sena Kashiwazaki fanart is insane!

Be My Friend by The Neighbor’s Club Girls (Season 2)

Bokura no Tsubasa by The Neighbor’s Club Girls (Season 2)

In FUNimation’s physical release, the DVDs are also available in NTSC Region 2 & 4 and Blu-Ray Region B. This means that both the Blu-Rays and DVDs can be played in the UK (unless your DVD Player is really old!) and Australia.

FUNimation’s releases of season 1 also contain the OVA, which is an unaired 13th episode, wherein the club decide to try a round robin story with disastrous results.

This is one of only two shows (as of 21/02/2019) that features Tom H@ck doing the music, despite having performed and/or composed the music for many famous anisongs, including Overlord’s ‘Clattanoia’ and Re:ZERO’s ‘Paradisus-Paradoxum’ (which was even nominated for an award at the Newtype Awards). Both songs were performed by groups he performs with (OxT and MYTH&ROID respectively). It’s also worth noting that he did every bit of music in this show, including every opening, ending and insert song.